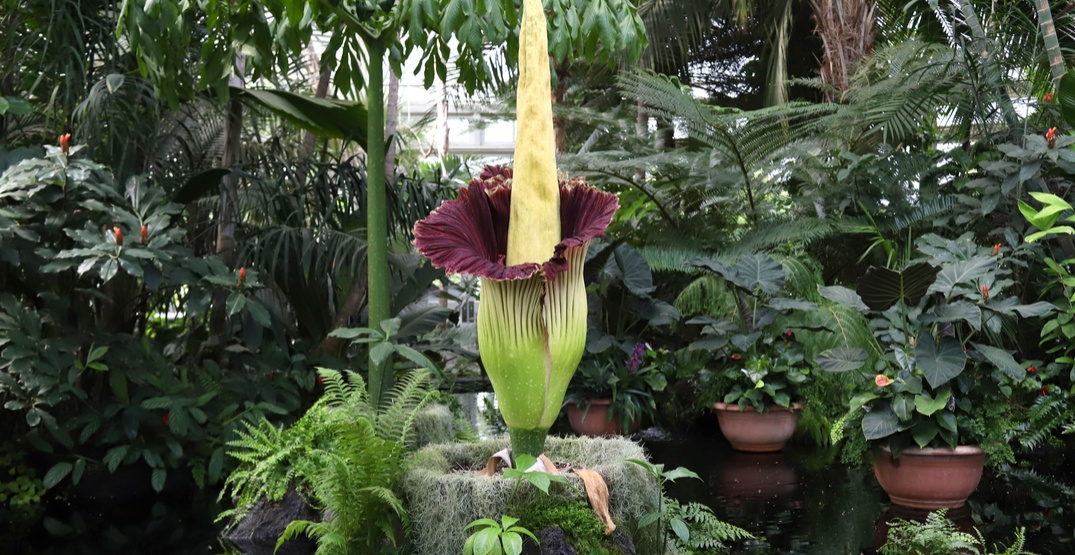 A rather putrid spectacle is currently underway at Vancouver’s Bloedel Conservatory.

“Uncle Fester,” a rare plant acquired by the Vancouver Park Board several years ago, is now in full bloom.

The species is called the Titan Arum, or “corpse flower,” a plant native to the equatorial rainforests of Sumatra in Indonesia. 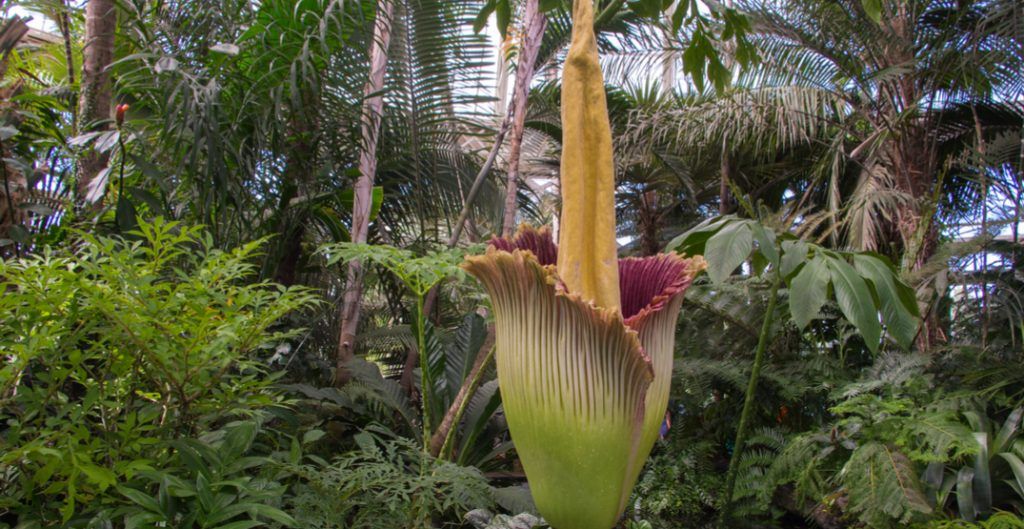 During a brief, 48-hour blooming period, the corpse flower is known for a notorious smell that typically attracts pollinators such as carrion beetles and flesh flies.

Multiple statements from the Vancouver Park Board have compared the plant’s scent to the following:

And yes, the Park Board really did make these comparisons.

Over the past few weeks, the corpse flower had a stunning growth spurt and currently stands at six-feet-tall. It began its stinky, flesh-coloured bloom on the evening of Sunday, July 15.

The Bloedel Conservatory has announced that they’ll be extending hours from 7 am to 11 pm for the two-day bloom to allow as many visitors as possible to sniff the unmistakable odour.

They’ve even advised the public to be wary of the long line-ups that are expected over the next two days.

According to the Park Board, corpse flowers generally need seven to 10 years to bloom for the first time. Its next bloom may not occur for another two to three years, or even a decade, making this a truly rare occurrence.

Vancouver is one of the only North American cities to possess a corpse flower and this is the first time that one has bloomed in BC.