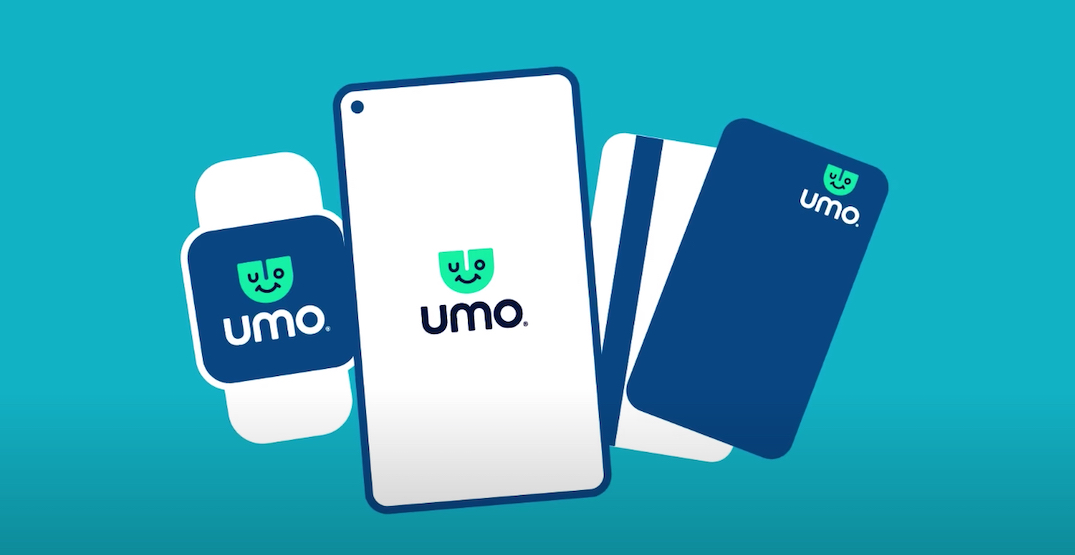 Umo smart card and mobile app for BC Transit buses. (BC Transit)

BC Transit’s new electronic fare collection system for provincially-operated public transit services would not be complete without a unique name.

“We are excited to be sharing news of the transformational electronic fare collection system project that will make selecting transit as your mode of choice more convenient and accessible,” said Erinn Pinkerton, president and CEO of BC Transit, in a statement.

“The innovative payment methods that will be enabled by the system are items that British Columbians carry on them every day. Whether someone is a daily rider, occasional rider, or [hasn’t] taken their first trip yet, Umo will make their trip easier.”

Just like TransLink’s Compass Card, the new system for BC Transit allows passengers to use the reloadable smart card to carry a stored value balance, which is drawn from after they tap the card onto an onboard reader. Passengers will also be able to use the Umo card for day passes, monthly passes, and other products.

The reloading or step of selecting the desired fare product can be done through the future Umo website or a participating retailer.

After a bidding process, BC Transit selected San Diego-based Cubic Transportation Systems, which is TransLink’s same supplier for the Compass Card, and the longtime supplier of TransLink’s now-defunct electronic fare box for buses.

The implementation will be phased, beginning with the mobile app and reloadable smart card infrastructure. Greater Victoria will be Umo’s pilot project and first local transit system implementation, with a targeted launch anticipated by Fall 2022.

BC Transit operates outside of Metro Vancouver, with over 1,000 buses serving 130 communities and a pre-pandemic annual ridership of about 55 million.

“Modernization initiatives like this are important as we look to rebuild ridership to pre-pandemic levels and grow our public transportation system in the years to come. With the use of cash in sharp decline everywhere, efficient and convenient electronic fare payment options are the way of the future,” said BC Minister of Transportation and Infrastructure Rob Fleming.

TransLink began testing its Compass Card system in 2013, but due to technical issues resulting in delays, it was only widely launched beginning in November 2015. All SkyTrain and SeaBus fare gates closed in July 2016. The system’s installation cost $195 million, with most of it going towards fare gate infrastructure, which necessitated physical modifications to a number of stations.

Today, over 95% of fares on TransLink are paid using the Compass system, whether it be with the reloadable Compass Card, single-use tickets, credit card, debit card, or mobile wallet.

TransLink previously credited the Compass system for providing it with more accurate ridership and travel pattern data to better plan for services and meet ridership demand.

Using the Compass system, the public transit authority plans to transition SkyTrain and SeaBus fares based on the distance travelled, similar to many other major subway systems elsewhere in the world. But distance-travelled fares have been delayed due to the investment needed to make a technology upgrade.