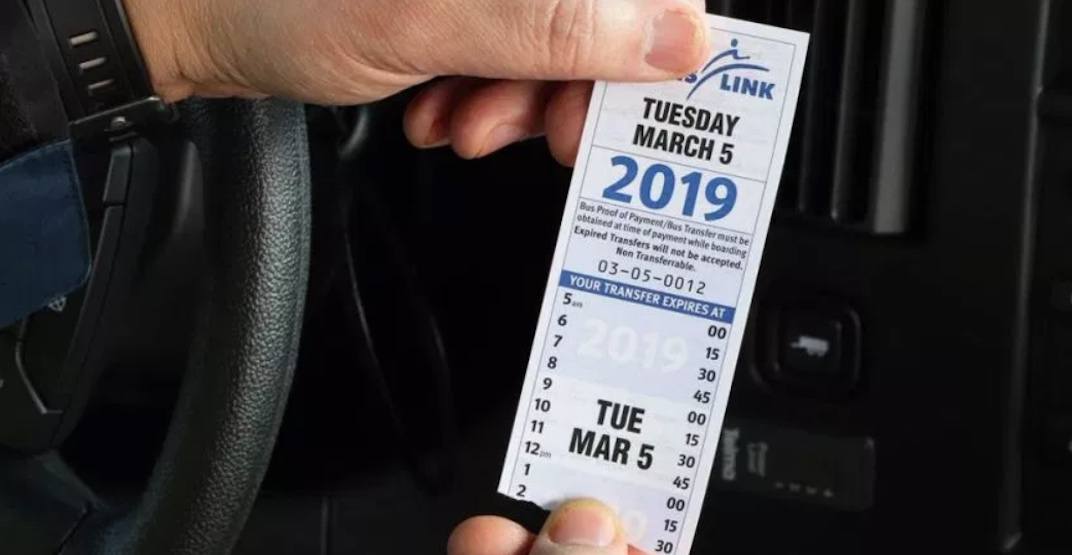 What is old is becoming new again, as an “old school” method of bus tickets will gradually return to TransLink’s entire conventional bus fleet starting this summer.

Installation of the new mechanical fare boxes will begin in July 2020 and reach full completion by the end of 2021. TransLink is in the process of training its bus drivers on using the new fare boxes and tickets.

These are the same mechanical fare boxes that were permanently installed on the fleet of community shuttle mini-buses in 2019.

TransLink began switching to the mechanical fare boxes with the community shuttles as the longtime manufacturer, Cubic Transportation Systems, has discontinued the model of electronic magnetic stripe fare boxes. 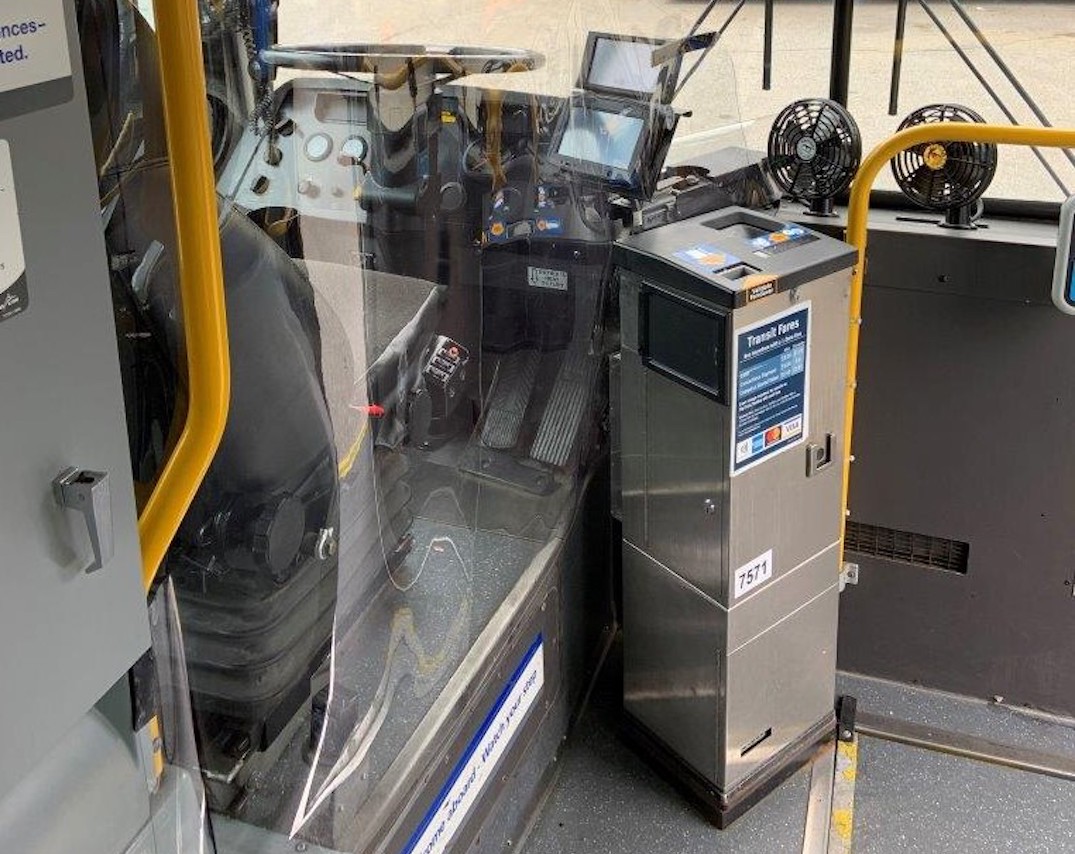 Moreover, the existing electronic fare boxes — first installed in the early 2000s, replacing a previous iteration of mechanical fare boxes that dispense paper ripoff tickets — have passed their lifespan and are now prone to costly breakdowns.

“These have gone very well on the shuttle fleet over the last year. What this means is that the integrity of our fare box revenue is better, we have less breakdowns and therefore less times when we’re closing off that fare box,” said Michael McDaniel, president and general manager of TransLink’s Coast Mountain Bus Company (CMBC), during Thursday’s board meeting.

“There are a lot less moving parts in this mechanical fare box.” 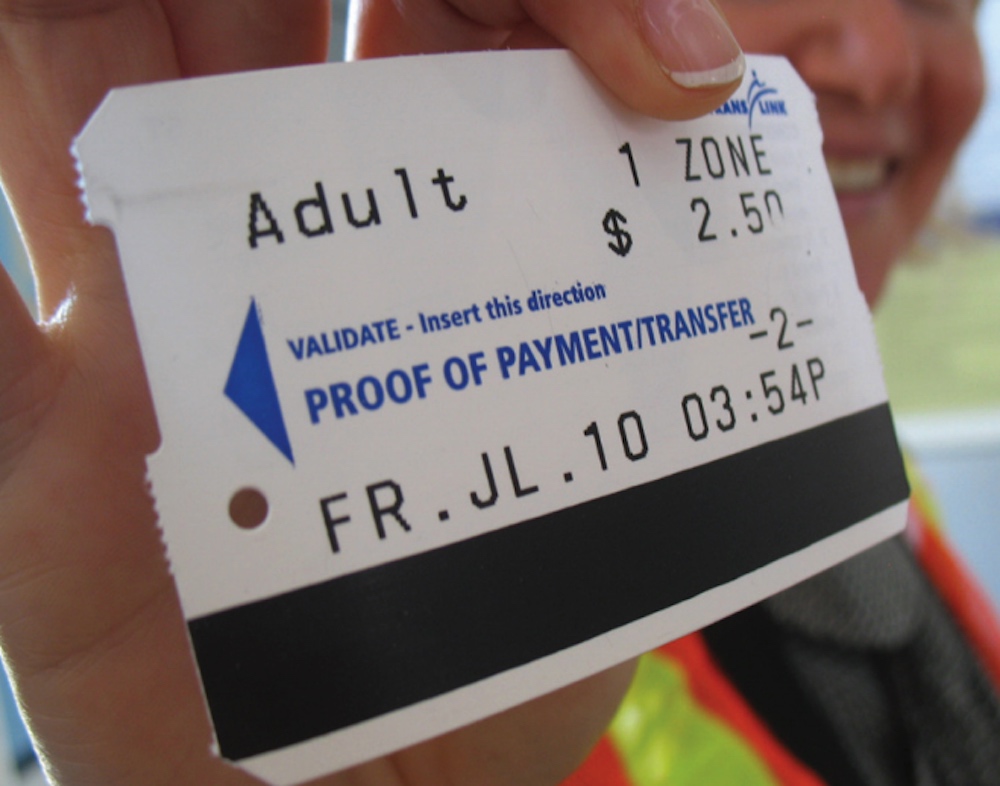 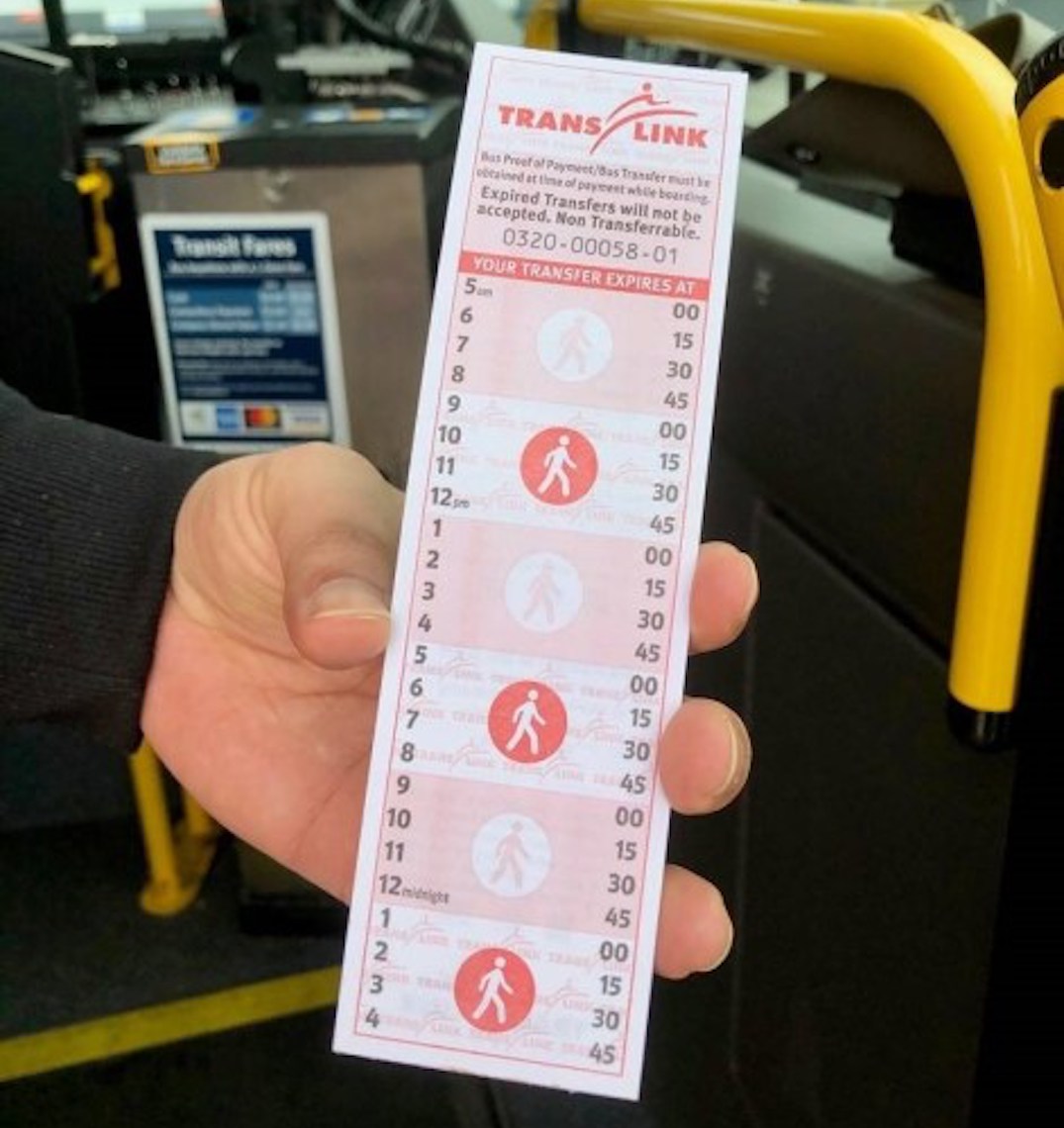 More importantly, in the era of the Compass system, cash payment on public transit has dropped significantly, with 98% of all fares paid with the Compass Card or Compass ticket from SkyTrain and SeaBus fare machines as of 2018.

The relatively recent introduction of “Tap to Pay,” allowing passengers to use contactless credit cards, also provides another convenient alternative to cash.

The paper transfers will work the same as the magnetic stripe tickets, with transfers to another bus allowed within the 90-minute transfer window only. Transfers are not permitted to SkyTrain, as only a Compass Card or Compass ticket provides access to the trains. 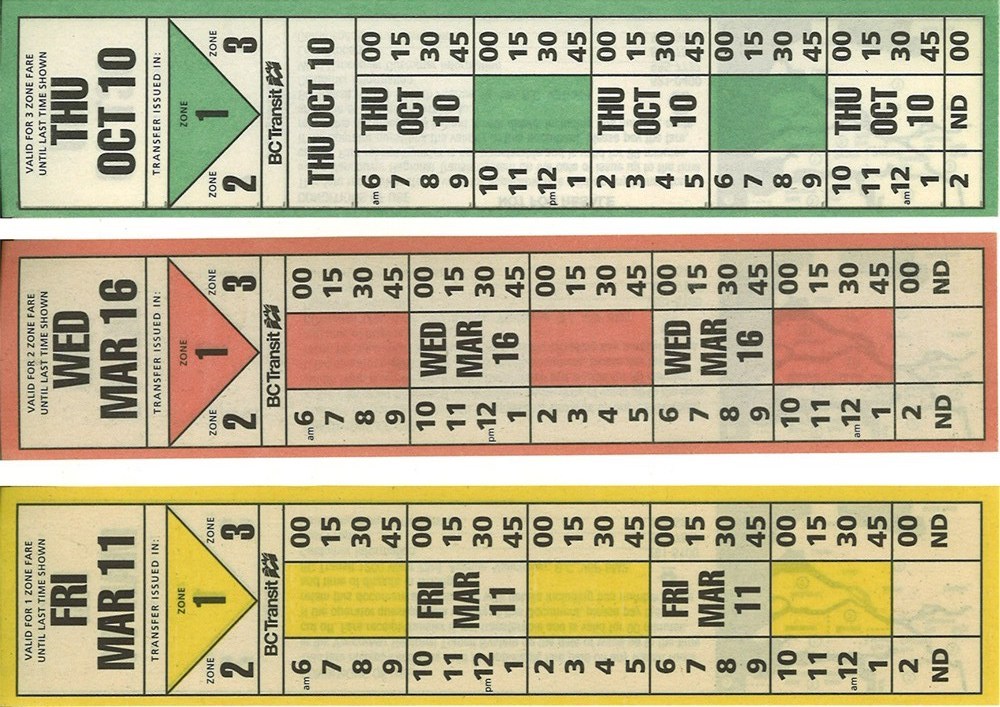 As for other updates on the bus system, CMBC has entered into service 31 of the 32 received double-decker buses, with one remaining in the commissioning process. The arrival of a second batch of 25 additional double-decker buses is scheduled to arrive in the second quarter of 2021, but this timeline could be affected due to the impacts of COVID-19.

The crisis has also delayed the construction of the new Marpole Transit Centre (located in Vancouver on the north side of the Fraser River, just west of the Canada Line bridge) and forced the public transit authority to reconsider the expansion of three existing bus depots.

COVID-19 has also impacted the required modifications to the newest SeaBus vessel, the Burrard Chinook. The vessel is currently in Singapore, where government restrictions have delayed the work on the vessel. It is expected that the ferry will be in service by the end of 2020.

On SkyTrain, eight of the 14 new four-car Mark III trains for the Expo Line are now in service, with the last train being manufactured and the remaining trains in various commissioning and testing phases.

TransLink is also still pushing ahead with its procurement process for acquiring 205 new train cars for the Expo and Millennium lines this decade, but it has indicated it is not committed to Bombardier/Alstom’s Mark III model. International bidders are set to submit their proposals by the end of this month, which includes the gradual replacement of the aging Mark I cars.

As well, the escalator replacement project of 37 aging escalators on the Expo Line is expected to reach full completion by the end of 2023. The original long escalators of Granville Station are expected to reopen sometime over the coming weeks after a years-long rebuild.

Construction on SkyTrain’s Millennium Line Broadway Extension to Arbutus Street is now anticipated to begin in early 2021, with the provincial government set to select the major construction contractor sometime this summer. The temporary five-year-long rerouting of several trolley routes that normally run along West Broadway will be fully complete by the end of this month, with the overhead lines on West Broadway between Cambie Street and Arbutus Street to be decommissioned from July to August.

Work on Transport 2050 — the creation of a new 30-year transportation strategy for the region — has also slowed down due to the crisis. TransLink had originally aimed to finalize the strategy by the end of this year, but instead the first draft will not be ready for review until then, with consideration to the possible long-term impacts of COVID-19 and other new regional objectives.