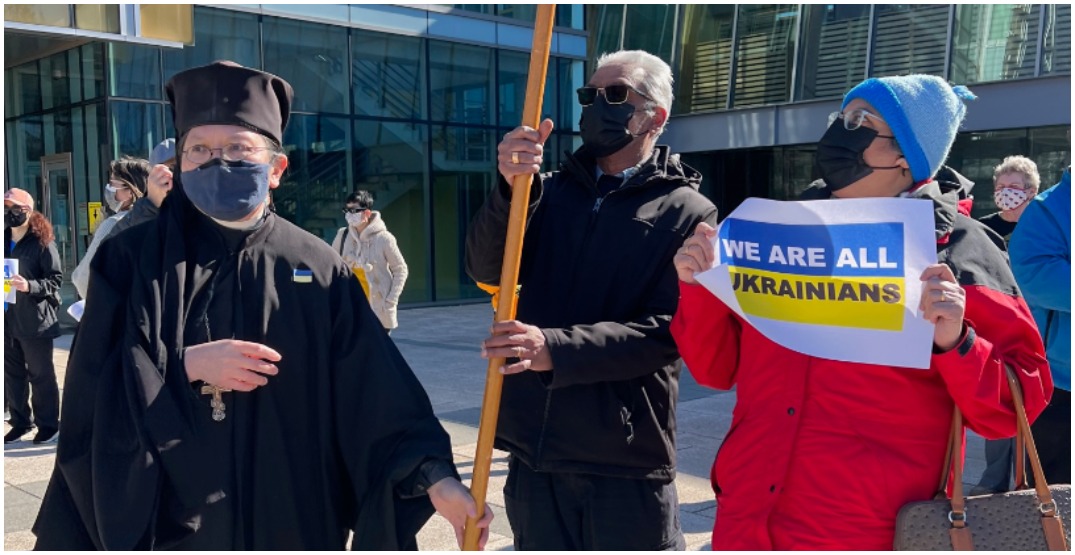 Week after week, people are meeting at Metro Vancouver rallies for Ukraine, and attendees say they won’t stop until they get justice.

We are ready! Today #StandWithUkraine️ rally at 1pm today at Richmond City Hall. Organized by #RichmondBC Ukrainian Community Society of Ivan Franko.
Learn more on how to support: https://t.co/7VehAUjxhA pic.twitter.com/4azU2p7BKy

Ukrainians are leading local events on March 5 and 6, and as Russian attacks continue, their burdens are only growing heavier.

A rally happened at Richmond City Hall on March 5 while another took place in front of the Vancouver Art Gallery, both well-attended and documented on social media.

On March 6, there will be another rally at Vancouver’s Jack Poole Plaza.

One speaker at the Richmond rally said they had “never been so angry” as they are at Russia now, but held onto the importance of everyone coming together to oppose them.

Still, crowds at the rallies are large, showing how much Vancouver cares about the European country.

The mayor of Richmond and several others spoke at the rally to bolster spirits and spread awareness.

Stepan Gordienko, a Ukrainian living in Vancouver, says it makes a difference to the movement for Ukraine every time people come out.

“The war hasn’t stopped, so neither should the protests. In fact, I would say that Russia has intensified its campaign against civilians explicitly,” he says.

“If anything, the need for those protests is as great if not greater than it was a week ago.”

He’ll be going to the March 6 rally, but is glad to see every well-attended demonstration across Metro Vancouver.

“Grand us thy peace and thy kindness; grant Ukraine thy liberty.” pic.twitter.com/DjD5U4BtdG

Gordienko wants allies there, but also recognizes attending the rally means something different to people like him, who have loved ones trapped in bomb shelters at home.

“It is actually very real.”

As Russian violence against civilians intensifies, it’s important for the world to keep its attention on the tragedy, he added.