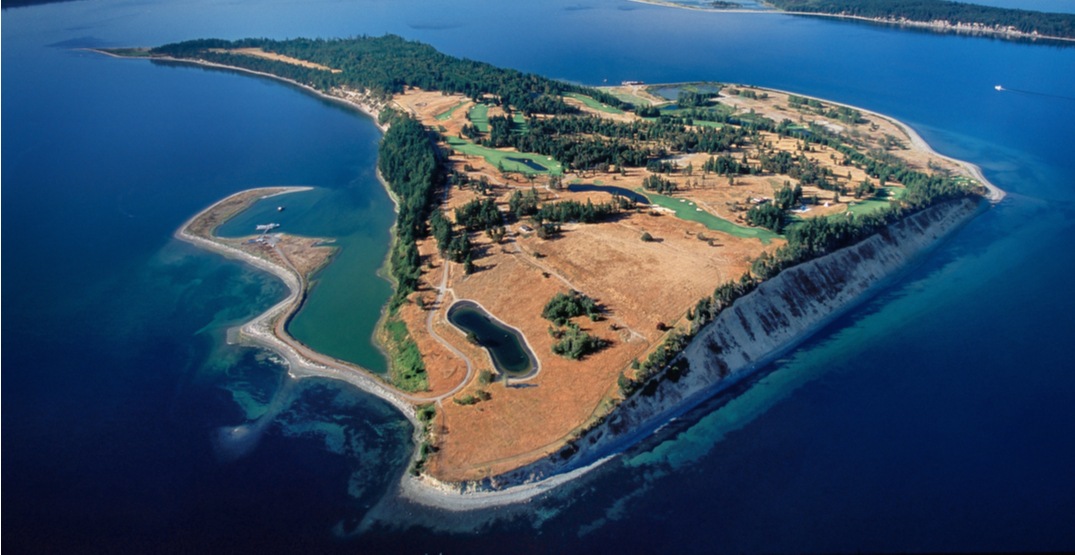 A small, privately-owned island off of BC’s coast is at the centre of a civil rights claim recently filed by Tsawout First Nation.

Located just off the Saanich Peninsula, James Island is a 330-hectare island, located directly across from the Tsawout reserve.

It is currently owned by US multi-millionaire Rich McCaw‘s company, JI Properties.

Now, through the legal counsel DGW Law Corporation, the Tsawout have launched the claim against both the provincial and federal government seeking the return of James Island.

In a statement, Tsawout First Nation said the lawsuit stems from an agreement in 1852, when Governor James Douglas entered into two treaties with the Saanich Tribe, “which guaranteed their village sites and fields would be protected from settlers.”

One of the village sites was James Island.

But rather than honour the treaty, the Tsawout lawsuit claims, the government subdivided the land, sold the property, and subsequently established a private hunting reserve for BC’s “elite.”

The island was then sold in 1913 to CIL for an explosive manufacturing facility, before its current owner JI Properties.

“The Crown has not honoured the Douglas Treaties, which has forced us to take action,” said Tsawout Councillor Mavis Underwood.

Tsawout First Nation Chief Harvey Underwood said they have been asking the Crown to return James Island “for decades.”

Underwood said the island is called LEL’TOS by the Tsawout and it is home to a large village, burial grounds, and “a number of sites where we fished, hunted, and gathered food and medical plants.”

The island, he added, “is a stone’s throw away from our main village and has never been ceded or surrendered by us.”

James Island was valued at over $54 million in this year’s BC property assessments.