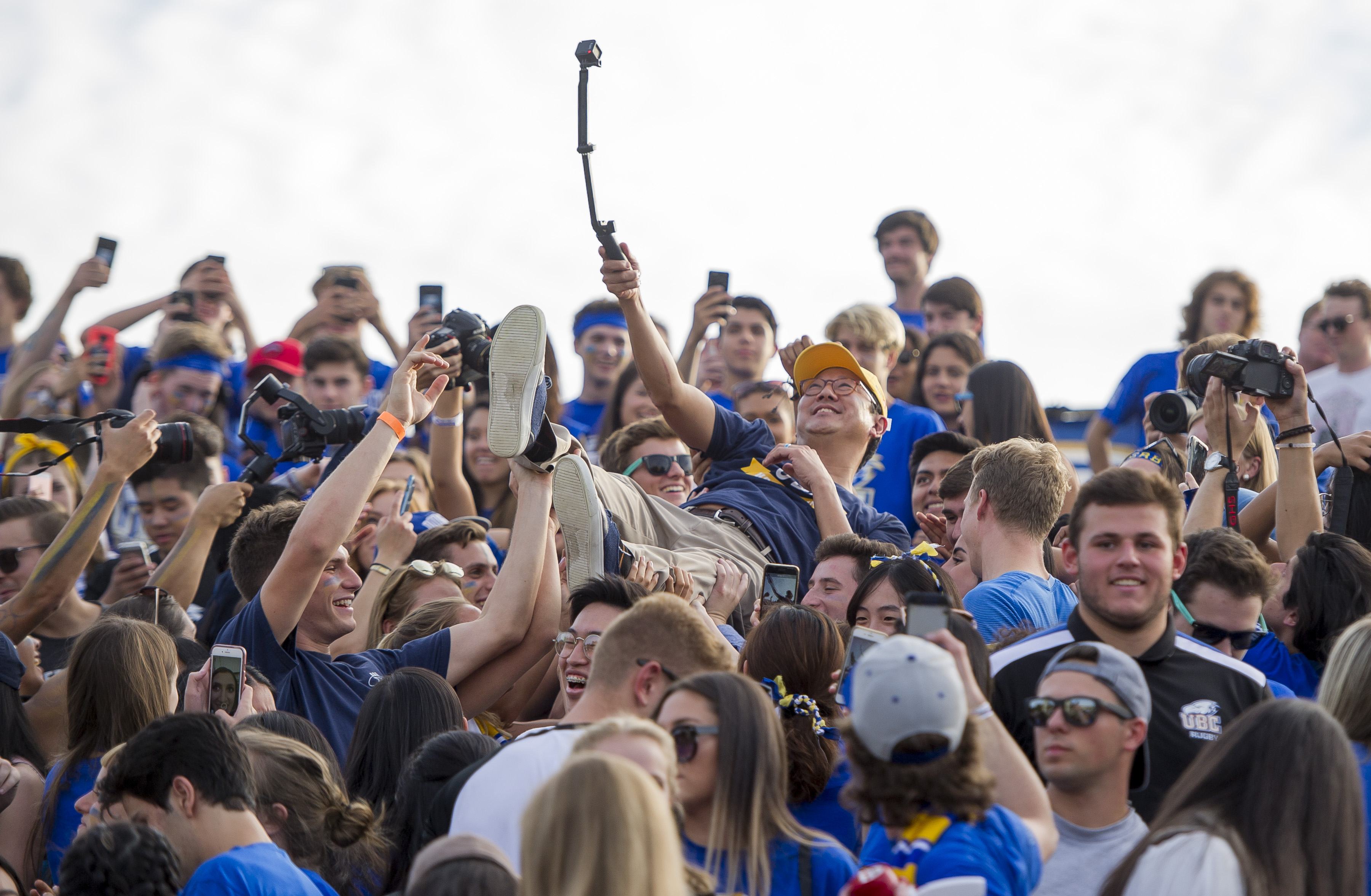 UBC’s president is better than your president.

UBC president Santa J. Ono proved it at the Homecoming Game on Saturday. Wearing a blue Homecoming t-shirt and a yellow T-Birds cap in amongst the students at Thunderbird Stadium, the usual bowtie-wearing president did something not many with his job title would try.

Taking photos with a selfie stick that was handed to him, he cruised through the stands to the delight of students.

“We are all a team,” he said. “If the university and athletics work together, the sky is the limit.”

School spirit appears to be on the rise at UBC, who drew a record crowd of 9,542 for the Homecoming Game. It was the largest crowd ever for a football game at Thunderbird Stadium, and the third-highest ever recorded in Canada West history.

The game was a success off and on the field, as UBC beat the University of Saskatchewan 31-10.

Homecoming, which is quickly becoming a must-see attraction on campus, included a pre-game march and an outdoor festival for fans outside of the stadium.

The kind of energy that only a university crowd can bring to a sporting event is a special one, and having the president on board like he was certainly made it extra special.

Here are some pictures from the rest of Ono’s day:

Crowd surfing at UBC’s Thunderbird Stadium. They handed me a Go Pro to capture it from my vantage point.

Who would have thought that the oldest man (me) would jump the highest. Great shot by Edward Chang!

Remarkably, this isn’t the first time the 54-year-old has done something like this.

Ono went crowd surfing at a football game four years ago, when he was the president at Cincinnati University.