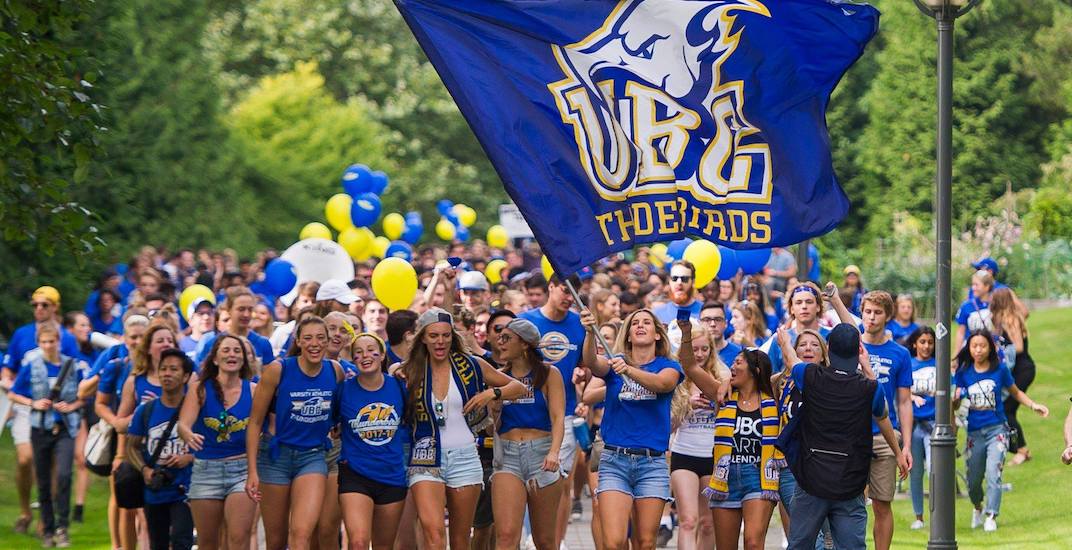 School spirit will be in full effect at UBC this Saturday, as students pack Thunderbird Stadium for the annual Homecoming Game.

Organizers expect to surpass last year’s event, when nearly 10,000 fans turned up to see the UBC football team in action. Students came for the game, but they were also there for the party.

So was UBC president Santa Ono, who went crowd surfing at one point.

A full-day festival is planned on campus again this weekend, starting with the ‘Great Thunderbird Trek’ – a march beginning outside the UBC Bookstore at 2:30 pm – before the street party on the stadium grounds, beginning at 3 pm. The game kicks off at 5 pm, but fans are encouraged to be in their seats early for a special pre-game spectacle at centre field.

UBC is looking for redemption against the Calgary Dinos, who beat them handily two weeks ago. The Thunderbirds are 1-2 this season, winning their lone game at home in Week 1.

“I know our guys are going to be fired up for it, I’m certain Calgary will too and I think it’ll be a great showcase of football in the Canada West conference,” said UBC head coach Blake Nill.