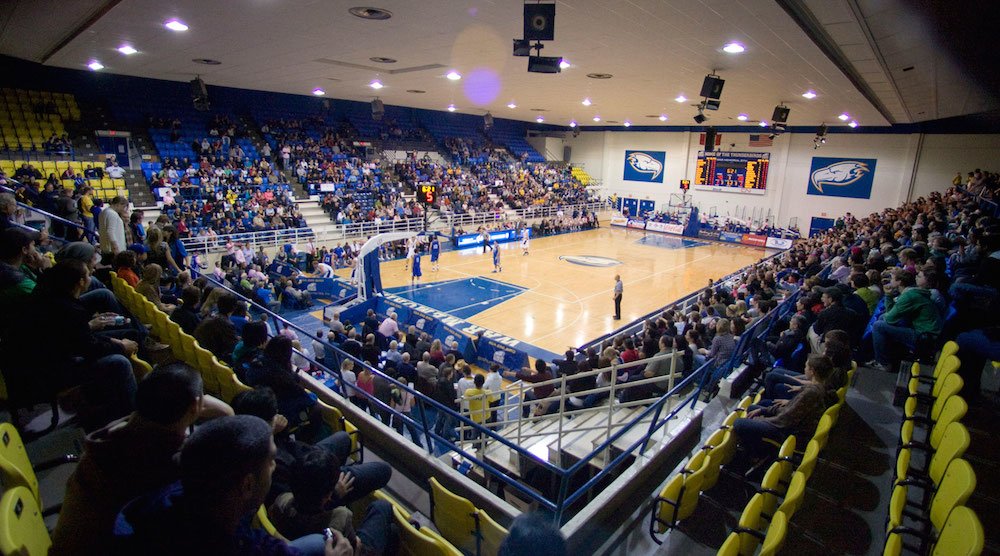 The University of British Columbia is exploring a number of options to renew and expand its student recreational facilities, and this includes a complete renovation or rebuild of War Memorial Gymnasium.

Built shortly after the Second World War, the 65-year-old gymnasium was dedicated to those who lost their lives fighting both World Wars and their families. The venue has a capacity for 2,862 seats, including 2,222 permanent seats in the balcony and 600 temporary seats on the floor that retract from the sides.

Planners with the institution are contemplating moving forward with a strategy to create two new sports hubs on campus – a spectator hub at Thunderbird Park and a recreational hub around War Memorial Gymnasium.

Aside from the issue that both facilities are nearing the end of the their lifespans, there is a severe shortage of recreational space for students on campus.

If the War Memorial Gymnasium is converted for recreational uses only, competition events such as basketball and volleyball and concerts would be relocated to the new Athletics Centre of Excellence, which could be built at a new facility on Thunderbird Field or integrated into the new outdoor stadium.

Here are the three recreational conversion options being considered: 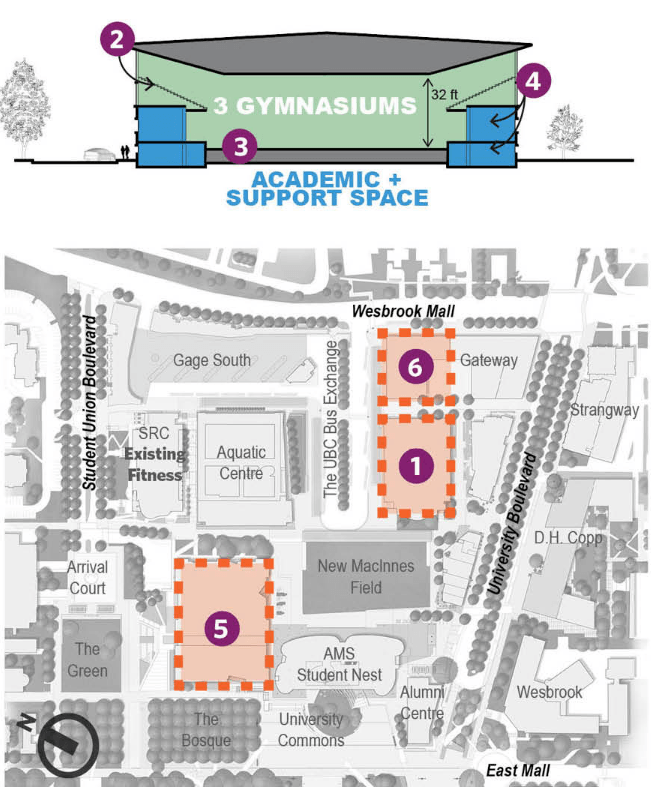 The existing historic facility would be renovated and 2,222 permanent seats on the balcony level would be removed to create new space for recreational courts. As there is insufficient space within the gymnasium structure, the basement in the future UBC Life Building at the old Student Union Building could be utilized as new fitness space.

As well, the future Gateway North development to the east of the gymnasium could also contain supplementary fitness space within its ground floor. 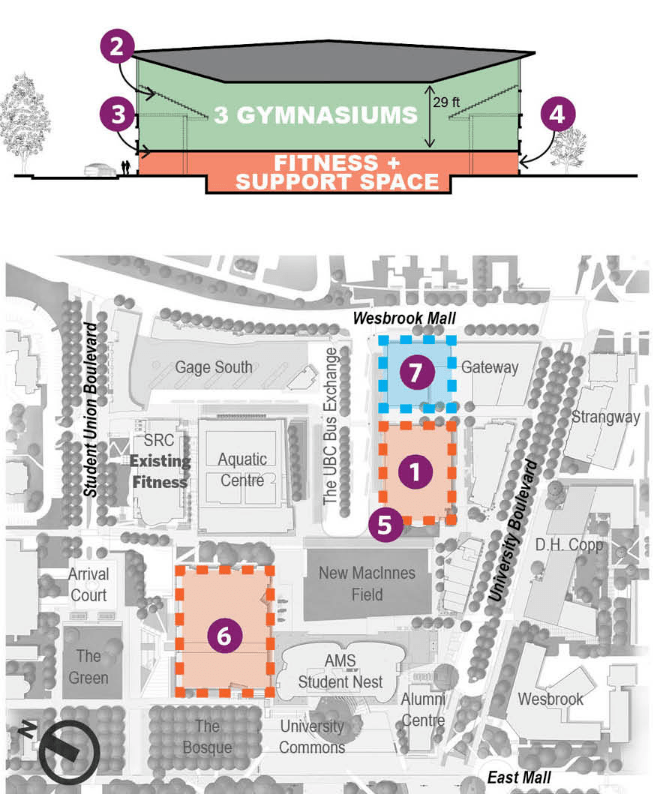 1. Full renewal of the gymnasium, including the basic renovation in the first option 2. Removal of the tiered bleachers 3. Gym floor replaced and raised to allow for more volume in the basement fitness space 4. Improved natural light and ground floor visibility 5. Potential for small retail/commercial space at the northwest corner into the building 6. Partial fitness space accommodated in the old Student Union Building’s upgraded basement (Image: UBC)

A full renovation entails the above-mentioned basic renovation and removal of the balcony seats. The most significant difference entails replacing and raising the gym floor to build fitness space in the new basement level, however, it would reduce the main gym level ceiling height to just 29 feet. 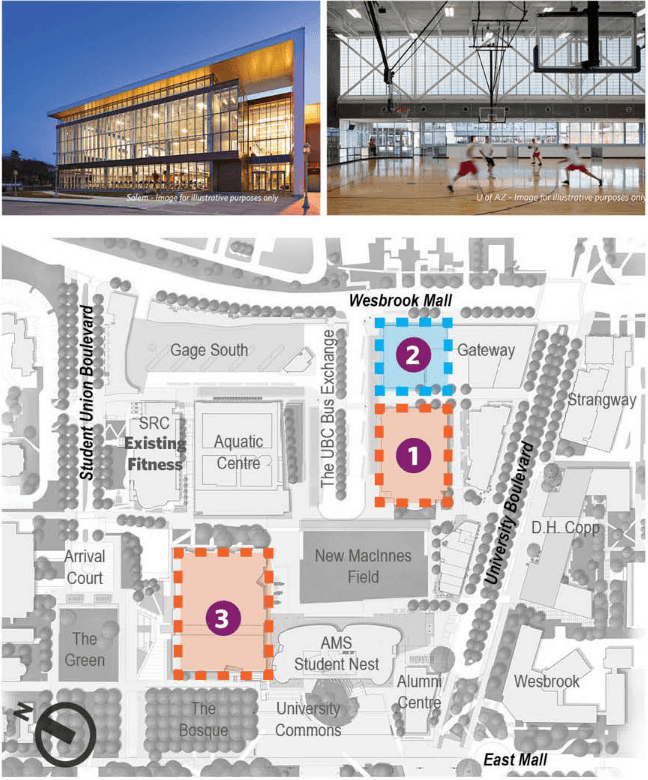 1. Demolition and replacement of the gym with a new multi-level, multi-purpose facility 2. Current non-athletics academic users are relocated to the ground level of the future Gateway North site 3. Fitness space in the Student Union Building basement to be converted to programmable recreation space

The gymnasium would be demolished and replaced with a new multi-level, multi-purpose facility for recreational uses. In addition to the new gym, all non-athletic academic users will be relocated to the ground level fitness facility at the future Gateway North development and the basement of the future UBC Life Building would also consist of recreational uses.

The public consultation phase for the sports hub project will take place throughout the month. Public open houses are scheduled for: