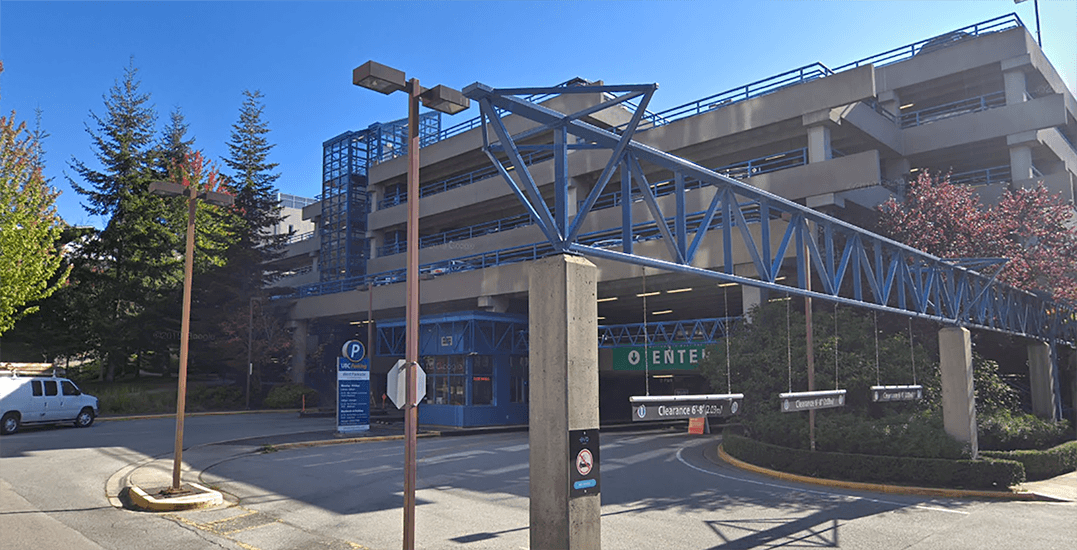 Two youths have been arrested in connection to a carjacking that took place at the UBC Vancouver campus last month.

On September 17,  just before 6:30 pm, University RCMP received a report that a car had been stolen at gunpoint.

According to a police statement, the victim was returning to her vehicle, which was parked on the 10th floor of the West Parkade at UBC, located at 2140 Lower Mall.

The woman was allegedly approached by two suspects. One was carrying a small handgun and demanded her keys. She complied, gave the keys, and the suspects fled in the vehicle.

According to a statement released today by UBC RCMP Detachment, the investigation spanned several police jurisdictions throughout in the Lower Mainland and “ultimately resulted in two arrests being made.”

A witness spotted the suspects driving the stolen vehicle in North Vancouver and called police.

“A great deal of credit is due the alert person who called us,” said Sgt. DeVries of the North Vancouver RCMP, in a statement.

“They figured they were just reporting a reckless driver in their cul-de-sac. What they couldn’t have known was that they were actually helping take two violent, dangerous criminals off the street.”

DeVries also noted that police reply on the public to help fight crime and said this serves a good example of members of the public taking the initiative to call and report suspicious activity, even when it may seem minor.