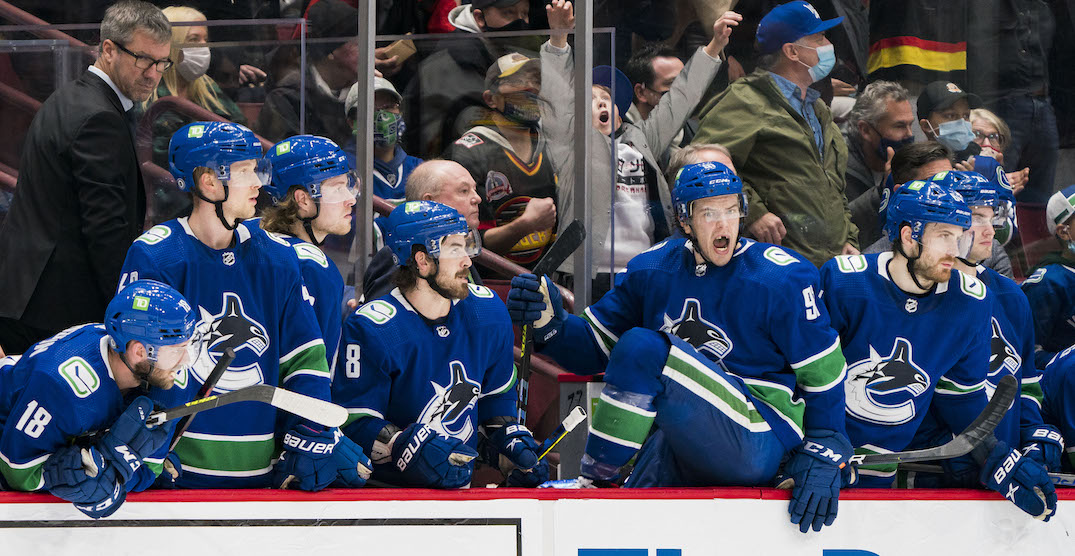 Luke Schenn and Juho Lammikko have tested positive for COVID-19, and the Vancouver Canucks hope they’re the only ones. Both players are now in the NHL’s COVID-19 protocol.

The Canucks cancelled practice this morning as a precaution, ahead of tonight’s game against the Columbus Blue Jackets at Rogers Arena. Schenn’s positive test came back on Monday, with the team learning of Lammikko’s test result this morning.

Players, coaches, and staff have been tested again this morning, and the Canucks expect to receive the results before tonight’s game. If more players test positive, there’s a possibility that the game could be postponed, which is what happened in Calgary yesterday.

“Vancouver Canucks players were recently tested on Sunday, December 12, in accordance with the NHL’s COVID-19 Protocol, and the club was informed of Schenn’s positive result on Monday,” the team said in a media release. “All players, coaches and training staff conducted additional COVID-19 testing on Monday and the team was informed of Lammikko’s positive result this morning. The team’s travelling party all tested again this morning and results from today’s tests are expected to be received prior to tonight’s game.”

The Canucks say they are now implementing “enhanced health and safety measures,” in coordination with the NHL.

There’s growing concern around the NHL, as a number of players have tested positive for the virus in recent days despite all but one player in the league being fully vaccinated. The Calgary Flames were forced to postpone three of their games, as nine players from their team are now in COVID-19 protocol.

Two Carolina Hurricanes players, Sebastian Aho and Seth Jarvis, are currently quarantining in Vancouver after testing positive. Carolina’s game in Minnesota tonight has been postponed, after four more of their players have tested positive.

The Hurricanes played in Vancouver on Sunday, and were in Calgary on Thursday.

Other players put in COVID-19 protocol today around the league include Brad Marchand and Craig Smith from the Boston Bruins, Devon Toews and Ryan Lomberg from the Colorado Avalanche, and Mathew Barzal from the New York Islanders.

The Canucks also announced that defenceman Travis Hamonic has been placed on long-term injury reserve, meaning he’ll miss at least 10 games. Forward Phil Di Giuseppe has been recalled from the Abbotsford Canucks.

Hamonic left Wednesday’s game against the Boston Bruins early, after he was hurt in a collision with Marchand.