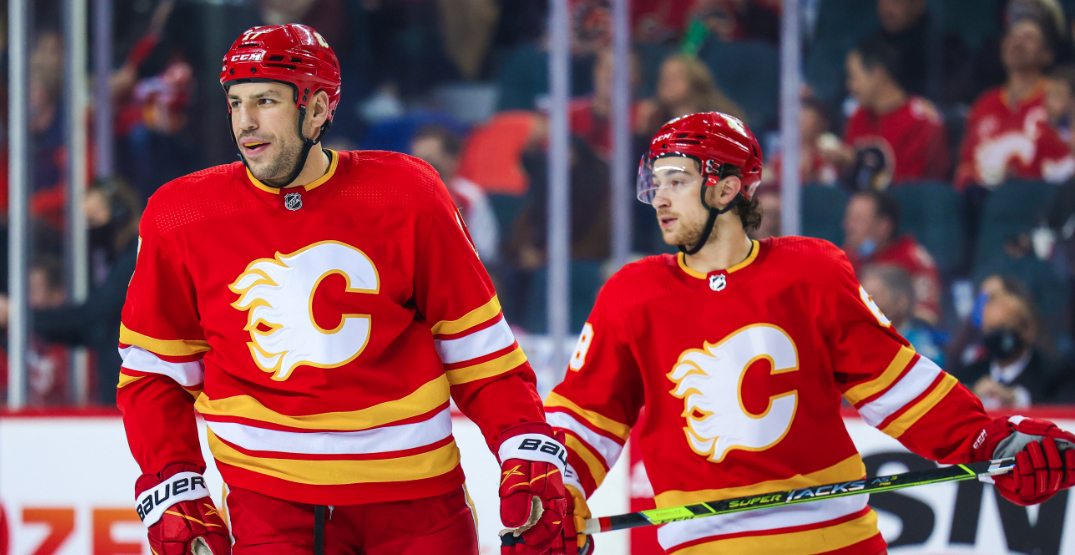 The Calgary Flames announced three more players have been entered into the NHL’s COVID-19 protocol Tuesday.

The rising COVID-19 cases for the Flames has postponed at Calgary’s next three games.

The Flames were scheduled to play at the Chicago Blackhawks on Monday and at the Nashville Predators on Tuesday.

Calgary’s home game against the Toronto Maple Leafs on Thursday was also postponed.

“The National Hockey League announced today that as a result of six Calgary Flames players and one staff member entering the NHL’s COVID Protocol within a 24-hour period, concern with continued spread, and the likelihood of additional positive cases in the coming days, the team’s games will be postponed at least through Thursday, December 16,” the NHL wrote in a release.

The NHL has announced that #Flames games will be postponed at least through Thursday, Dec. 16. https://t.co/cvscR9XV5q

The team has closed its training facilities for precautionary reasons until further notice.