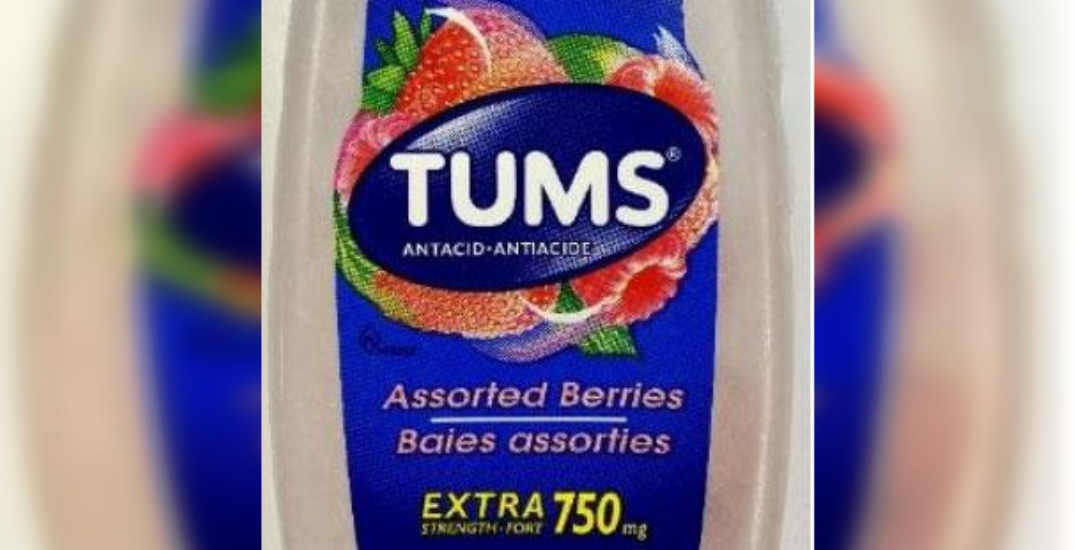 Health Canada has issued a recall for some TUMS tablets because they may contain metal fragments.

The recall for two lots of TUMS Assorted Berries Extra Strength Tablets was issued on November 4 after a consumer found a small metal wire fragment embedded in a tablet.

“Consuming a metal fragment poses a potential risk of choking or injury (such as cuts or tears in the mouth and digestive system),” the recall states.

The antacids were sold by Canadian stores and online retailers between October 2020 and January 2021.

One recalled lot was sold in packages of three rolls that each contain eight tablets. The packages have an expiry date of September 2025.

The second lot was sold in 750 mg bottles containing 100 tablets. The bottles were sold both individually and at Costco as part of a club pack of four bottles with two different flavours. The lot expires in August 2025.

Consumers should stop using the recalled TUMS. If you have taken the affected antacids and have health concerns, talk to your healthcare provider.

Health Canada said it is monitoring the company’s—GSK Consumer Healthcare—recall and will inform Canadians if additional safety information is identified. 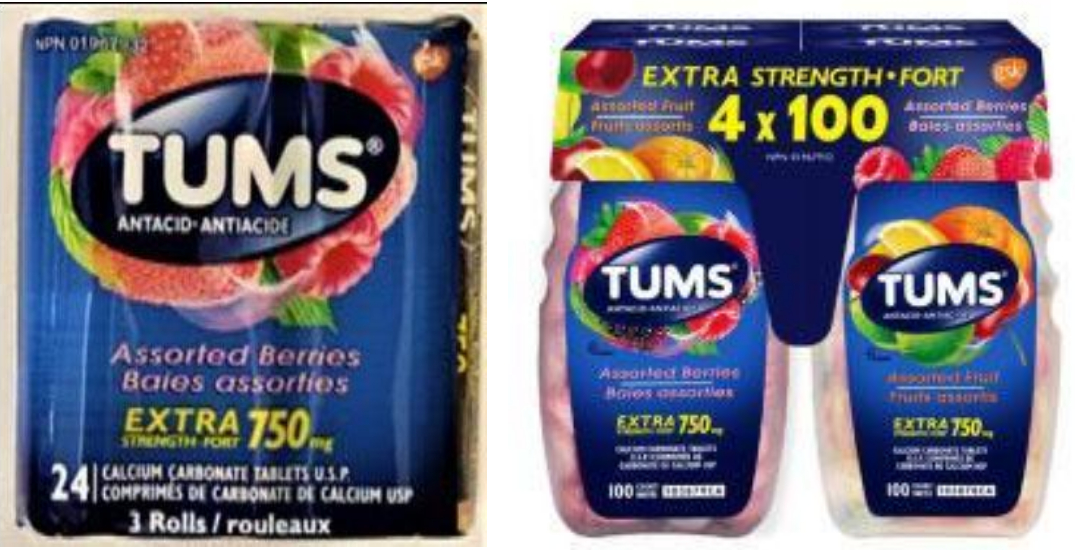