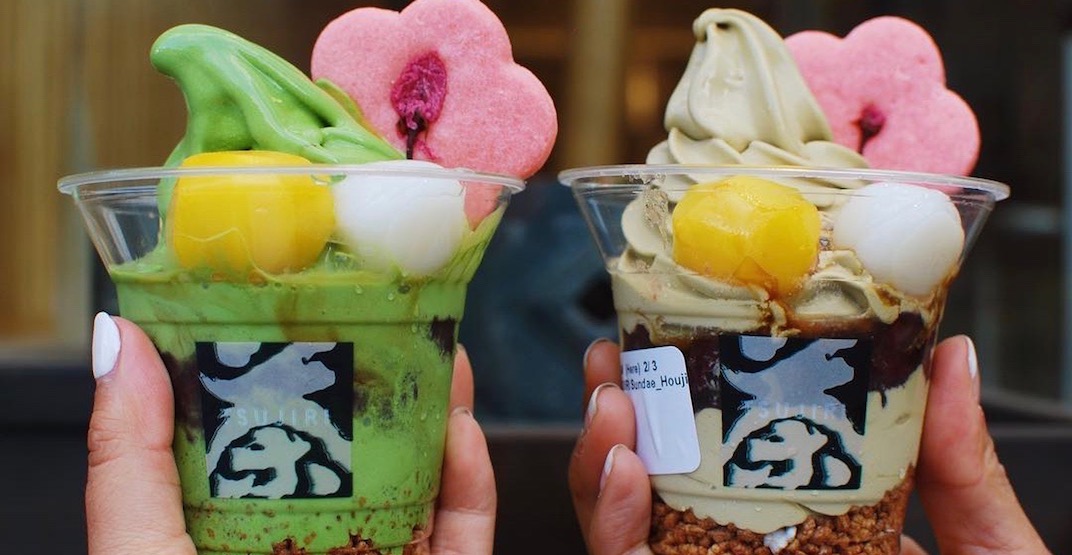 We’ve known that Tsujiri is coming to Metro Vancouver for a while now, but the Kyoto-based international chain has announced it will be officially opening its doors in July 2018.

Few details have been released about this exciting new addition to the Richmond food scene, which is going into a retail development at Central at Garden City, but at least we can now mark our calendars and count down to that epic matcha goodness this brand is known for.

Tsujiri has been around since 1860, and the brand is widely recognized for using green tea leaves from Uji in Kyoto, and grinding them using a traditional method before making their famous array of teas, baked goods, and dessert.

Probably best known for its quick-service desserts including namesake sundaes and shaved ice parfaits, Tsujiri has two locations in Toronto, but this will be the brand’s first foray into Western Canada’s food scene.

We’ll keep you posted on an exact opening date along with what will be on the menu when this highly-anticipated spot opens. One thing we do know for sure, expect Japanese-style tea.