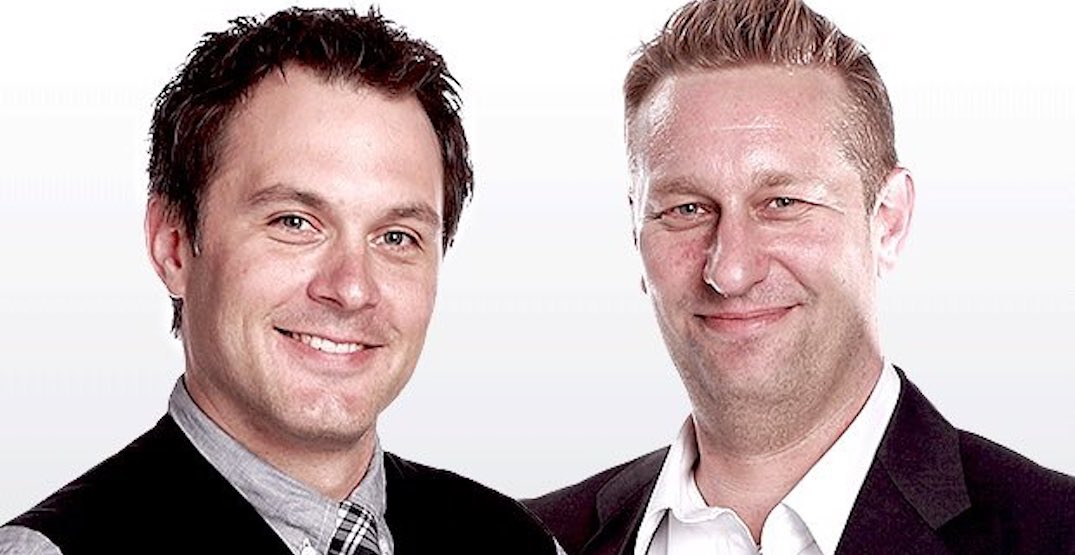 TSN 1040 may be dead, but it appears its top-rated show will live on.

Matt Sekeres and Blake Price are working on something, with a more formal announcement coming soon from the longtime co-hosts of TSN 1040’s PM drive show.

“Found myself recording face-to-face with [Blake Price],” Sekeres said in a Tuesday evening tweet. “We’re staying together for the kids.”

Today marks 1 month since 1040 closed shop & wanted everyone to know that in the last 24 hours, found myself recording 😷face-to-face😷 with @justBlakePrice.

We’re staying together for the kids. It’s for the best.

Hoping to share more as soon as tomorrow. #LogoUnderConstruction pic.twitter.com/aYy6OK2wrC

The duo is staying tightlipped on the details of their new landing spot for now, though there are plenty of rumours out there.

“We have a couple of podcast on the go already: ‘Ray and Dregs’ and ‘On the Bus with Cammi and AJ,’ and are always exploring different opportunities to partner with other dynamic personalities and storytellers in that space,” said Gray.

Soooo… have you heard? Like literally “heard”? Sekeres and Price is coming back soon. And we had a short chat about it. Longer chats coming! Apple link is below, but find it on your favourite pod platform! And yes, #LogoStillUnderConstruction https://t.co/IYNvd7bbnQ pic.twitter.com/9Usyfn13Uc

In other news, Don Taylor is continuing to tease his return.

Taylor said last week that he was “working on a return to the airwaves,” involving “some friends from 1040.” He followed that up this week by tweeting out a picture of Rick Dhaliwal, followed by a cryptic message, promising “Rick’s Return” to a “media outlet near you.”

Daily Hive can confirm that Taylor and Dhaliwal will be working together, with an announcement expected as soon as next week.

Coming soon to a media outlet near you: "Rick's Return"

"I WAS LEFT SPEECHLESS"- Jesperi Kotkaniemi
"I GIVE IT A DOUBLE A"- Andreas Athanasiou
"ONE THUMB UP"- Rick Dhaliwal pic.twitter.com/oW7VzWSsXt

After 11 shows, averaging 4.2K views per episode, Fai announced that he has agreed to a full 82-game schedule for next season with Hubcast Media.

Three weeks ago I walked into HubCast Media with an idea for a show on the heels of losing my previous one.

I am proud to announce that we have agreed to a full 82-game schedule for next season. Details to come, but thank you @HubcastMedia and to all of those who stuck with me. pic.twitter.com/p1da43DNi0