For months, we have heard directly from various sources that the five-star Trump Vancouver International Hotel & Tower is set to see a rebrand by adopting Four Seasons Hotel Vancouver, which is in need of a new home by early next year.

And this week, those same rumours on the convergence of the hotel property within Vancouver’s second tallest building and the Canadian hotel brand began circulating on social media and made their way to some other news outlets.

But it appears that those rumours are not true — at least they won’t be anytime soon. Daily Hive reached out to a Holborn Group spokesperson, who affirmed there are no plans to make any changes to the name of the hotel.

The Four Seasons Vancouver is vacating its longtime hotel tower property at CF Pacific Centre, as mall landlord Cadillac Fairview has decided not to renew the hotel’s lease. As a result, the hotel is set to shut down by January 31, 2020.

Sources previously told Daily Hive a new location for Four Seasons Vancouver could be announced before the existing property closes, which suggests the hotel may be seeking the avenue of an easier and quicker rebrand of an existing hotel rather than the years-long, new-purpose-built hotel process of finding a site and partner, seeking city approval, and construction. 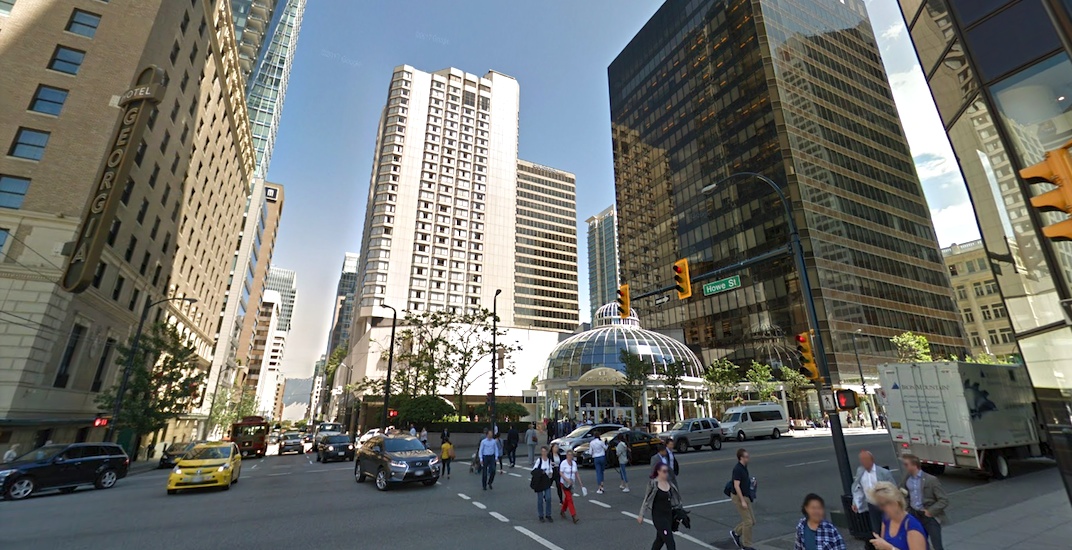 “Four Seasons is always exploring opportunities to open in locations where our guests need and want to travel and we look forward to returning to Vancouver in the right location with the right partner at the right time,” said Andrew Galloro, a spokesperson for Four Seasons Hotels & Resorts, when inquired over an update on the Vancouver hotel’s future.

As for the future of the existing 305-ft-tall, 30-storey hotel tower built at 1976 on Cadillac Fairview’s property, sources say the tower be demolished and replaced with a new taller hotel that includes a modern hotel.

With 372 guest rooms, Four Seasons Vancouver is one of the city’s largest hotels, and there is no question that this closure will leave a void in downtown Vancouver’s already highly-constrained hotel capacity. In recent years, growing tourism in the city and dwindling new room supply has led to a spike in prices and a shortage.

In contrast, the hotel portion of Vancouver’s landmark Trump Tower, reaching a height of 616 ft with 63 storeys, has 147 guest rooms within the first 21 storeys of the building. The remaining floors are residential.