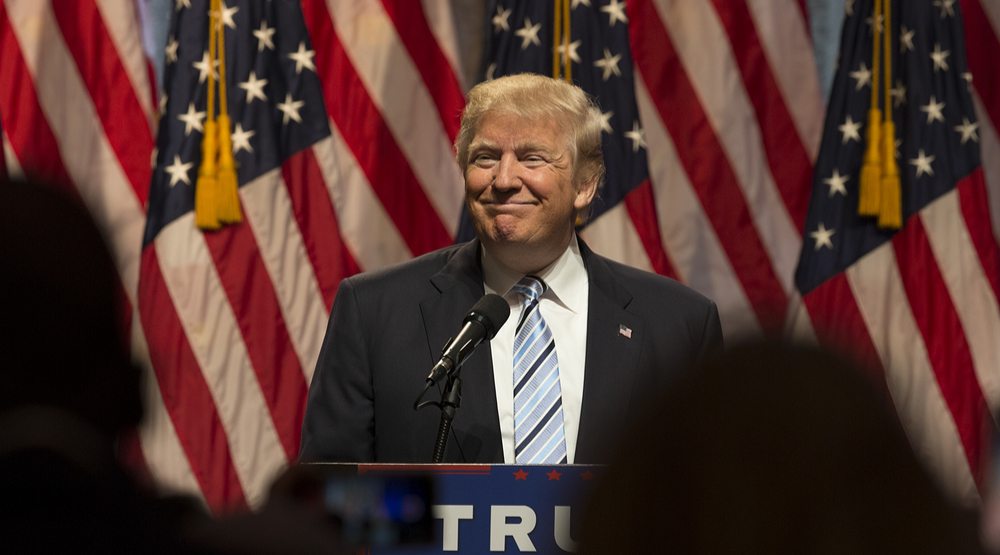 In a letter written by United States Trade Representative Robert Lighthizer to Congress, Lighthizer said that President Trump “intends to initiate negotiations with Canada and Mexico regarding modernization” of NAFTA.

“The United Stated seeks to support higher-paying jobs in the United States and to grow the US economy by improving US opportunities under NAFTA,” wrote Lighthizer, stating that the agreement was negotiated 25 years ago. “While our economy and businesses have changed considerably over that period, NAFTA has not.” 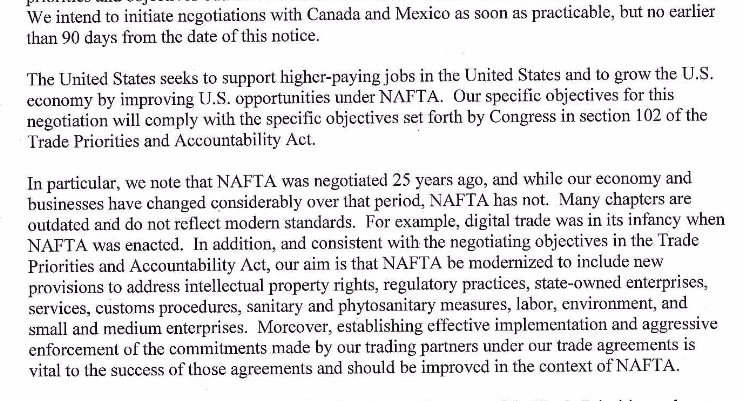 In 2015, when Donald Trump was a presidential candidate, he called NAFTA a “disaster” during an interview with a US television network.

On Thursday, US House Speaker Paul Ryan released a statement supporting the idea.

“I welcome the administration’s effort to improve and update NAFTA for the 21st century economy,” he said. “The United States values its strong economic ties with Mexico and Canada, and these negotiations should work to enhance our trilateral trading relationship.”

Meanwhile in Canada, Minister of Foreign Affairs Chrystia Freeland said that this three-month notice has long been anticipated.

“Today’s formal announcement by the U.S. administration is required by the U.S. Congress. This three-month notice period has long been anticipated and is specifically a part of the U.S. domestic process,” she said. “We are at an important juncture that offers us an opportunity to determine how we can best align NAFTA to new realities—and integrate progressive, free and fair approaches to trade and investment.”

Nine million American jobs depend on trade and investment with Canada, according to Freeland.

“NAFTA’s track record is one of economic growth and middle-class job creation, both here in Canada and throughout North America,” she said. “Our integrated economies and supply chains support millions of jobs across the continent.”

Less than a month ago, Trump said that he agreed to renegotiate NAFTA rather than terminate it.

“…subject to the fact that if we do not reach a fair deal for all, we will then terminate NAFTA. Relationships are good-deal very possible,” he tweeted at the time.