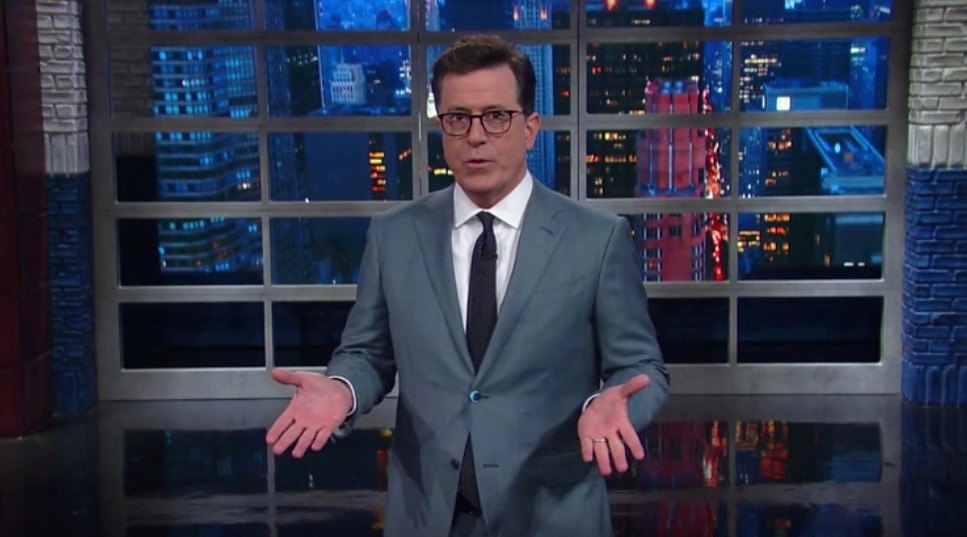 The Late Show with Stephen Colbert/Youtube

But as tensions continue to rise between the “United States and our sworn enemy, Canada. Cold Mexico! The Great White North Korea!” he was forced to address them.

After a quick run down of Trump’s softwood lumber tariff on Canada, Colbert delivers his pièce de résistance: “As far as I know, this is the first time anyone has rejected Justin Trudeau’s wood.” After which, a “visual approximation” of Canada’s Minister of Natural Resources Jim Carr appears on screen alongside a quote. Spoiler alert, it’s a beaver in a suit.

Colbert also helps translate for his audience just what Canadians mean when we say we “strongly disagree.” (According to Colbert “that’s Canadian for “f**k you.”)

Of course, Trump is the real target of the monologue and the entire second half is dedicated to taking him, and daughter Ivanka, down.