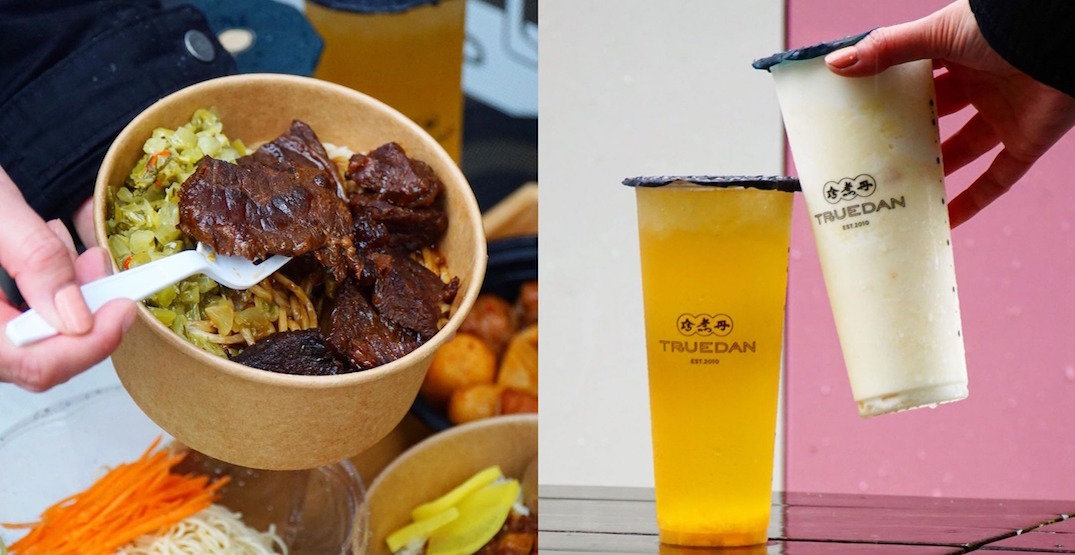 The new combo spot had a soft opening on April 1, offering both bubble tea and Taiwanese dishes like cold noodles and braised pork rice bowl with pickles.

LuRou FanTasty currently has a spot in Richmond’s Aberdeen Mall, but this outpost is a cool move on the two brands’ part, both of which have their roots in Taiwanese cuisine.

Truedan – a Taipei-based company that started the whole brown sugar tapioca pearl trend back in 2009 – has several locations throughout Vancouver and Metro Vancouver, but this is the first time it’s teamed up with LuRou.

No word yet whether there will be a grand opening, but according to the Truedan Instagram, there’ll be some special events associated with the opening happening soon.