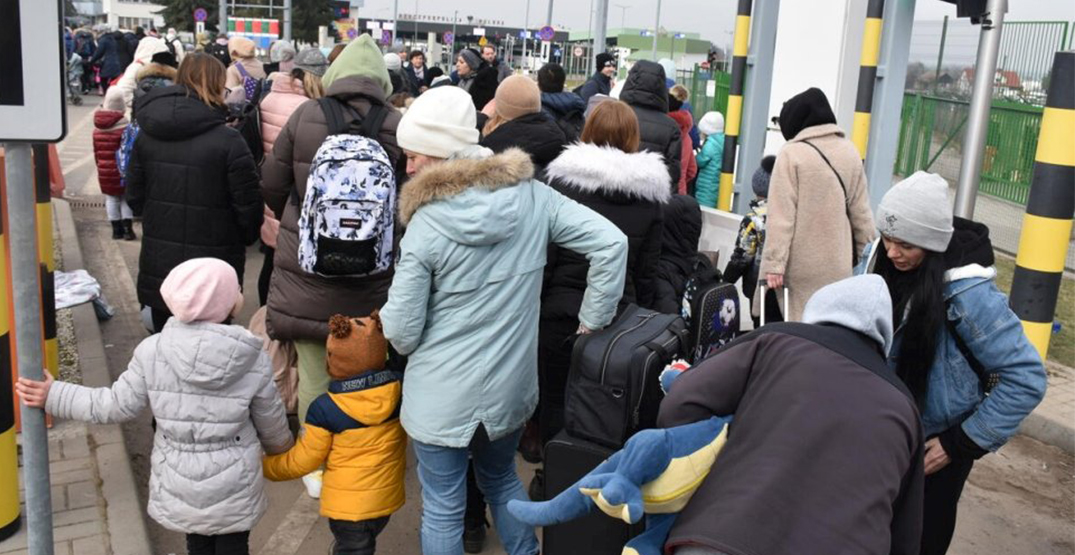 The federal government is making it easier for Ukrainians fleeing Russia’s invasion to immigrate to Canada.

A program announced by Sean Fraser, Minister of Immigration, Refugees, and Citizenship, will introduce new immigration streams for Ukrainians who want to come to Canada temporarily or permanently.

“I announced a new program that will cut through red tape and expedite arrivals to offer Ukrainians safe harbour for up to two years,” tweeted Fraser on Thursday.

Today, I announced a new program that will cut through red tape and expedite arrivals to offer Ukrainians safe harbour for up to two years. There is no limit on how many can apply.

Called the Canada-Ukraine Authorization for Emergency Travel, the program will eliminate many of the normal visa requirements.

According to the federal government, there will be no limit to the number of Ukrainians who can apply, and pending background check and security screening, their stay in Canada could be extended by at least two years.

The government aims to have applications open in two weeks. In the meantime, Ukrainians are encouraged to apply through all immigration programs as their applications will be prioritized.

In addition, Immigration, Refugees and Citizenships Canada (IRCC) will “quickly” implement a special family reunification sponsorship pathway for permanent residents. This is for Canadian citizens and permanent residents with immediate and extended family in Ukraine.

All Ukrainians who enter Canada as part of these programs will be eligible to apply for open work permits.

The IRCC says more details about this program will be available in the coming days and weeks.

This announcement follows a grim report from the United Nations saying one million people have fled Ukraine in just seven days since Russia launched its invasion.

The number of refugees from Ukraine is a little over 2% of the country’s total population, which is 44 million people, according to World Bank statistics from 2020.

According to the UNHCR, most have fled to Poland, Hungary, Moldova, Romania, Slovakia, and various other European countries.

Canada has been swift in its response to aid the humanitarian crisis in Ukraine. Last Thursday, after Russia officially launched its full-scale assault, the government announced that it would prioritize immigration applications for Ukrainians.

Earlier this week, the government pledged $100 million in humanitarian assistance, which includes emergency health services (including trauma care), protection, support to displaced populations, and essential life-saving services such as shelter, water and sanitation, and food.