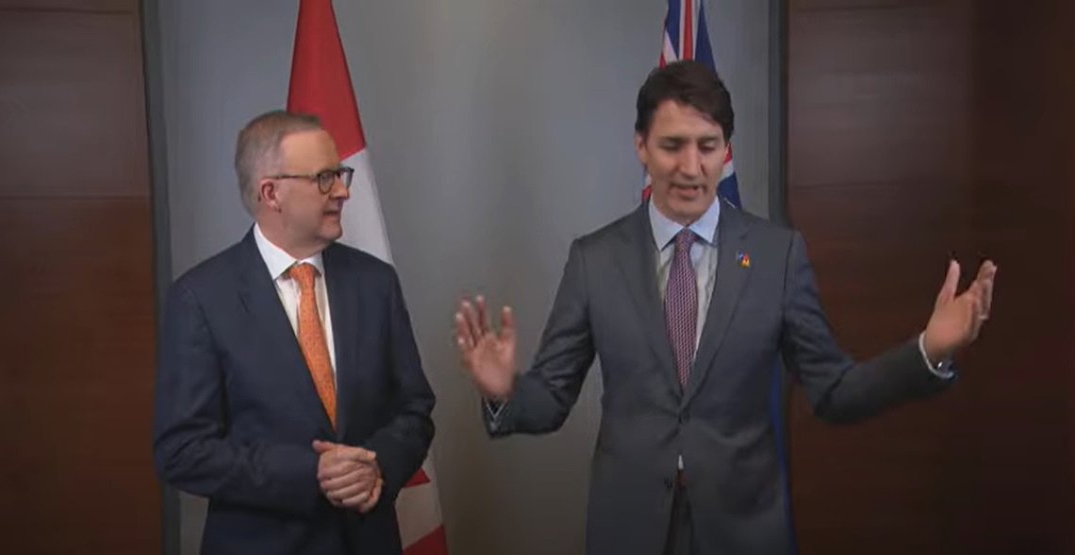 Late last week Justin Trudeau attended the NATO Summit in Madrid, Spain, where he met with the prime minister of Australia, Anthony Albanese. Only, at the time, it appeared Trudeau couldn’t remember his name.

We’ve all been there, right?

“It’s a real pleasure to be meeting with… ah…. a great progressive leader,” Trudeau managed to get out before throwing his hands in the air.

After shaking hands and posing for photos, Trudeau still could not redeem himself and referred to Albanese as “a friend in Australia” rather than his full name.

To be fair, Albanese did not seem phased by any of Trudeau’s slip-ups.

At the summit, Trudeau and his “friend in Australia” discussed a range of topics including climate change, economic growth, sustainability, and meaningful reconciliation with Indigenous Peoples.