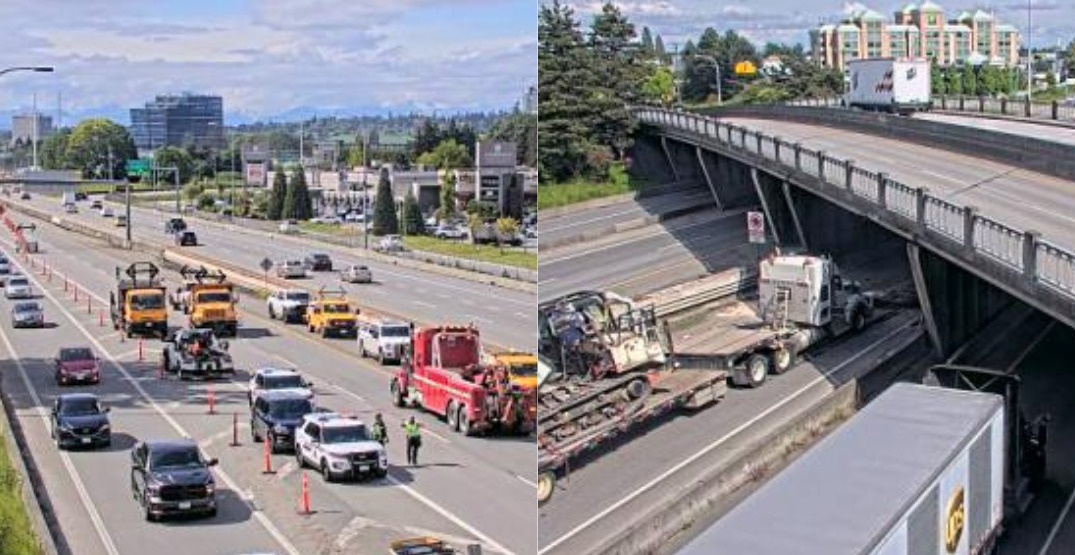 A truck incident is causing major delays for drivers in Metro Vancouver.

As of 4:40 pm on Wednesday afternoon, the Cambie Road overpass was closed to westbound traffic, with no clear timeline on when drivers could expect it to open.

The incident has also caused all southbound lanes on Highway 99 to be closed.

UPDATE – #BCHwy99 The Cambie Rd overpass is CLOSED in both directions due to a vehicle incident. All southbound lanes on #BCHwy99 remain closed. Assessment in progress. Detour via the Shell Rd exit ramp. Expect major delays due to congestion. #YVR #RichmondBC

The truck in question was cleared from the area, but pictures show that it has caused some damage to the underside of the overpass. 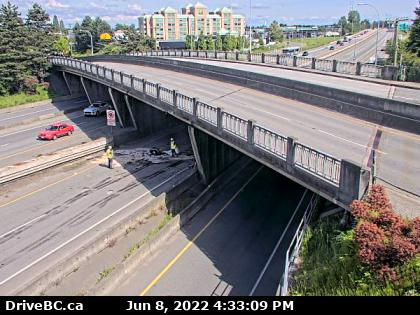 A Twitter user shared a video of the incident, in which you can clearly see the truck in question jammed under the overpass.

Not my video, but wow. Overheight vehicle hit the Cambie Rd overpass on SB Hwy 99…landed on the passenger side of a pick up truck just behind it. Sure hope everyone is alright. pic.twitter.com/NAZZwo18t1

Drive BC said to “expect major delays due to congestion.”