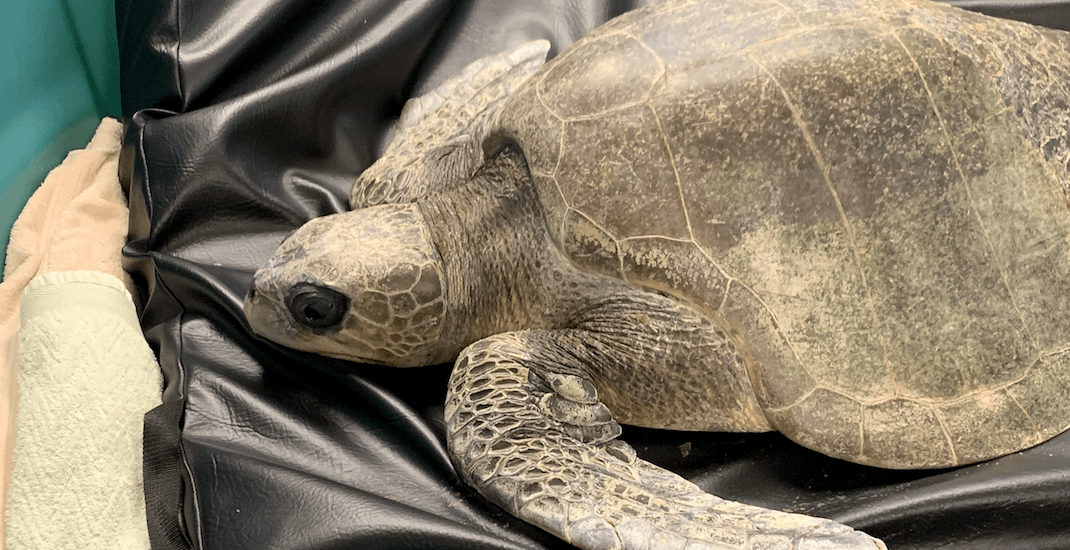 Tropical sea turtles are hard to come by in the waters of Vancouver Island but somehow one managed to find its way to Port Alberni, BC, earlier this week.

According to the Vancouver Aquarium’s Marine Mammal Rescue Centre (MMRC), the adult male olive ridley sea turtle — nicknamed Berni — was discovered by members of the public in Port Alberni on September 30.

Olive ridley turtles are the most abundant breed of sea turtles but they are still considered to be endangered.

Fisheries and Oceans Canada transported Berni to Parksville so he could be treated by a team from the MMRC.

This week, Port Alberni locals discovered an unusual visitor off their coast. An olive ridley sea turtle that usually inhabits tropical and subtropical waters was rescued and transported to #VanAqua‘s Marine Mammal Rescue Centre after being discovered far out of his normal range. pic.twitter.com/cGUwR6fLr4

According to Dr. Martin Haulena, head veterinarian for Vancouver Aquarium, Berni appeared to be “cold-stunned” or hypothermic.

“When that environment is too cold, sea turtles get hypothermic, also known as cold-stunning. Their heart and respiration rates slow down, leaving them unable to swim or forage. As a result, they become weak and are vulnerable to predators,” said Vancouver Aquarium in a release.

One of the possible reasons Berni ended up in Port Alberni is due to  “the blob” — a warmer-than-usual area of water located in the Pacific Ocean off the west coast of North America.

According to Dr. Haulena, “the blob” can be harmful to everything from the smallest organism to the largest marine mammal.

“That’s really important at a primary level because it allows algae and other
nutrients to form and metabolize up the chain, up the ecosystem,” he said.

Another possible reason Berni found himself in colder waters is due to above-average sea temperatures that can prompt “unusual” migrations. 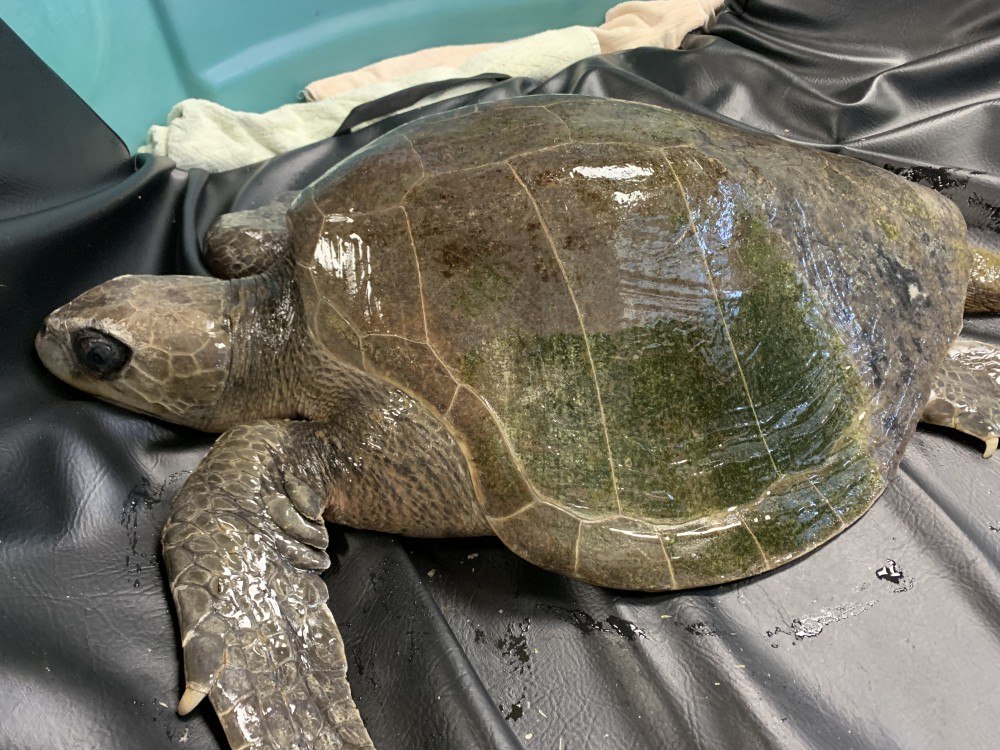 Berni was transported to the Marine Mammal Rescue Centre, where he is currently recovering. He is receiving treatment for dehydration. Cold-stunning can lead to pneumonia and Berni is being given antibiotics.

Lindsaye Akhurst, manager of the MMRC says once Berni is stronger and showing responsiveness, he will be placed into a pool set at the same temperature of his body for short periods of time.

“Berni has a long road to recovery but he is responding to treatment. Once he’s stabilized, we will work closely with Canadian and US authorities to get the permits that allow him to be released, in warmer waters,” said Akhurst.

The Vancouver Aquarium says Berni is the fourth olive ridley sea turtle recorded in BC waters.

You can help with Berni’s recovery by donating to the Marine Mammal Rescue Centre here.