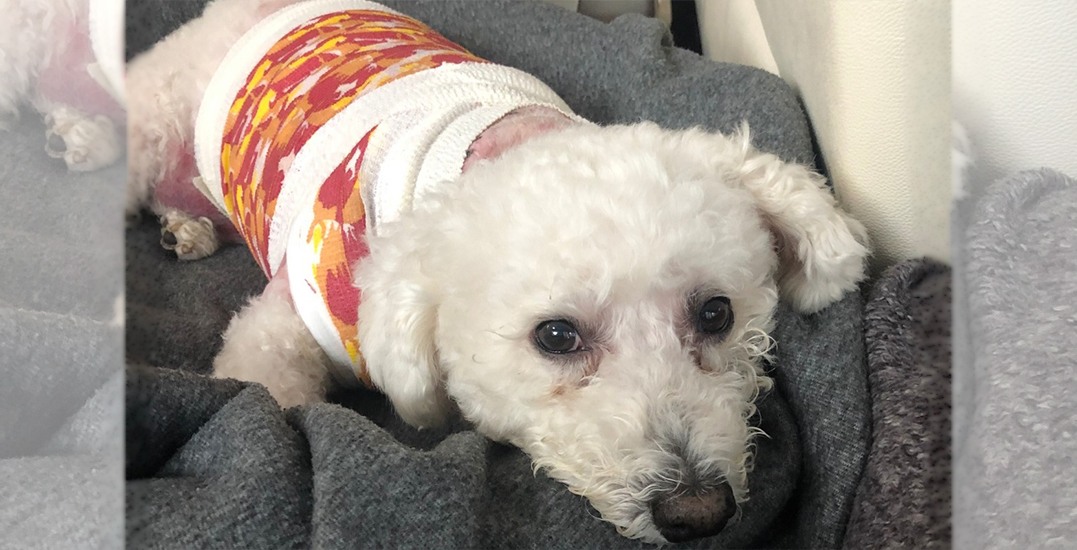 A Vancouver dog owner and her pet are recovering after a terrifying attack that left them both injured this weekend.

The Vancouver Police Department (VPD) tells Daily Hive in an email that on Saturday, September 28, just after 7:30 am, they received reports of a dog fight, with a person being bitten as a result.

Lauren Fabbi, a Vancouver resident, and her 10-year-old Bichon Frise, Calvin, were hurt. The two were out on a morning walk in a park when she says they were attacked by three pit bulls outside their residence near Keefer Place and Abbott Street.

“I was coming out of the park and crossed the street,” Fabbi tells Daily Hive. “I noticed these two people with three large dogs and didn’t really pay too much attention.”

“One of the dogs started barking and came at me and Calvin,” she says. “He clearly wanted the dog — he didn’t want me. I instinctively put myself on top of Calvin and put my arms overtop of me.”

Fabbi says that a second dog got loose and scrambled overtop of her, trying to reach Calvin. George Baker, one of Fabbi’s neighbours, fought off one of the dogs and was able to get her free.

“Once I was off the ground they got Calvin,” she said. “They had him like a ragdoll.”

Fabbi was taken to the ambulance to receive stitches for her wounds, while two neighbours from her building rushed Calvin to a pet hospital for emergency care.

“I didn’t even realize I was injured but once I took my jacket off, my arm was bleeding pretty badly,” she says. “I can’t believe that Calvin survived. Fortunately, there’s no internal damage and no broken bones but he’s in pretty rough shape… he’s swollen, has four puncture wounds, and has stitches down his neck and his chest. 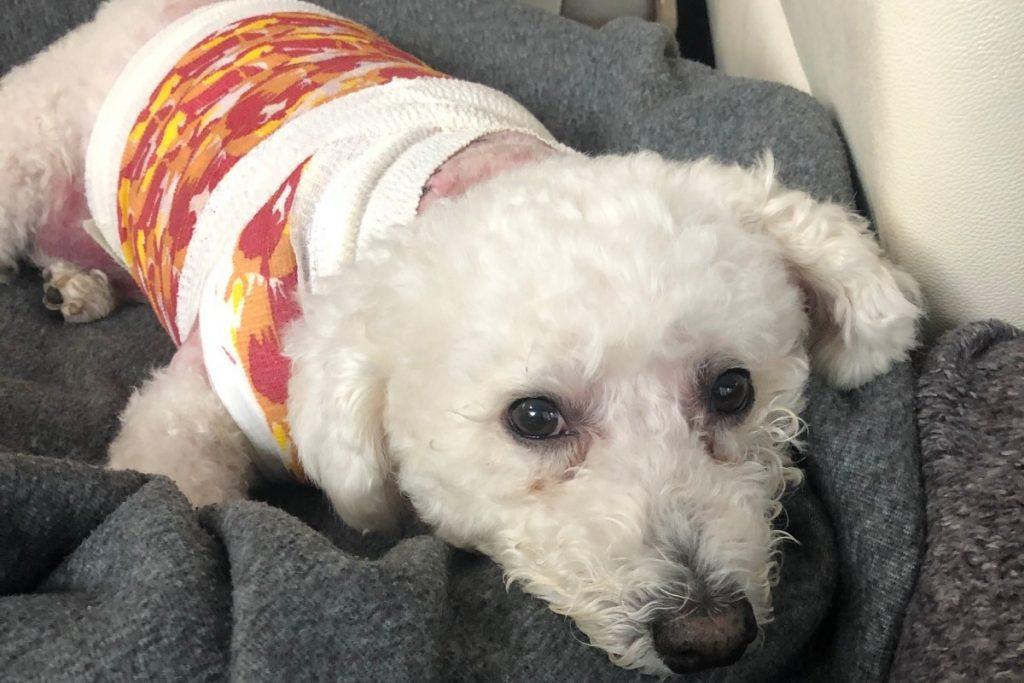 Calvin, after the incident (GoFundMe)

So far, Calvin’s vet bills have eclipsed $4,700 but more expenses are expected to come. Fabbi takes him to see the vet on a daily basis to have his bandages replaced. Not to mention, the 10-year-old dog has begun taking heavy medication to counter both his pain and anxiety.

“He has to be on anti-anxiety medication,” says Fabbi. “He starts crying if I leave the room for even a minute. He can’t sleep during the night either due to anxiety or pain — it’s likely a mix of both.”

A GoFundMe has since been started by Fabbi and the two neighbours to help raise money for Calvin’s pet bills. 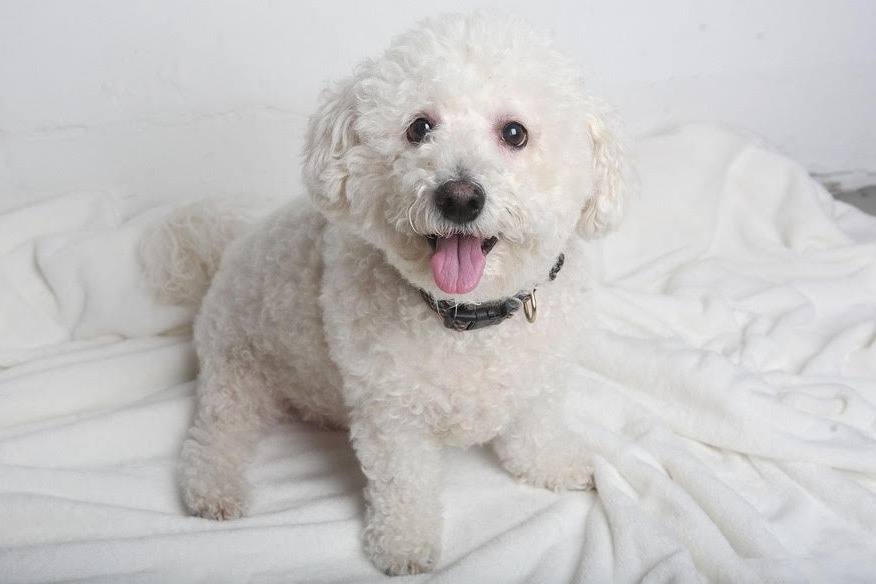 As for the large dogs that were involved in the incident, one of the three was seized by an Animal Control Officer.

According to the GoFundMe, while there’s no blame being placed on the dogs, which Fabbi calls pit bulls, the owners won’t likely be covering any of the costs.

“While no one blames the breed or the dogs, the irresponsible owners, who apparently are residents of the DTES, are unlikely to cover any of the bills to care for Calvin,” writes Mike Schroeder, one of the GoFundMe’s organizers.

Fabbi hasn’t heard from them either.