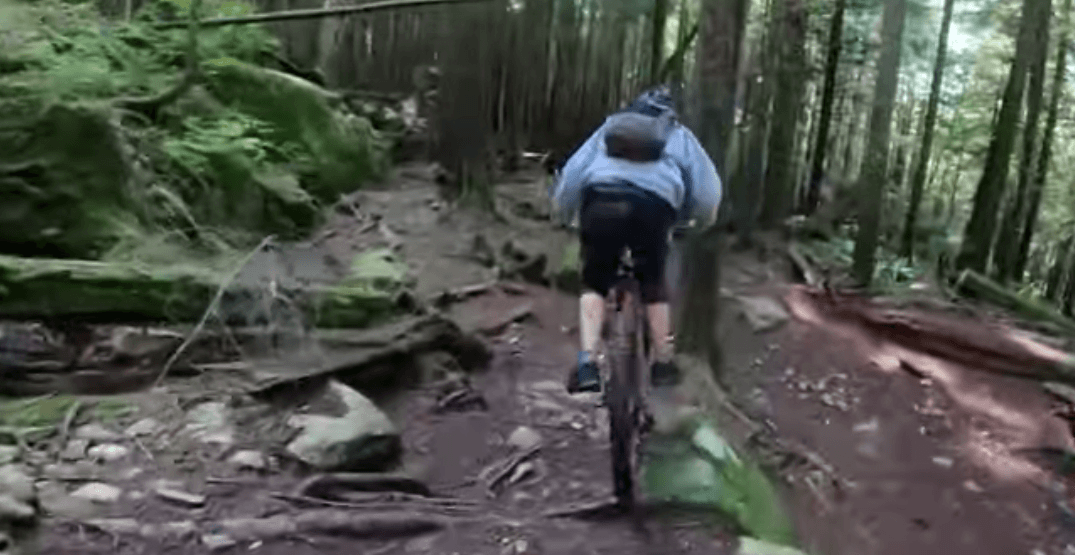 While mountain biking itself is an adrenaline-fuelled outdoor pursuit, a group of riders got a lot more than they bargained for while on a trail in North Vancouver, recently.

While pausing at a trailhead and preparing to drop in, the group noticed a black bear in the distance.

First, they noticed it was coming towards them. Then they realized it was following them down the bike trail they had just dropped into.

What followed was a lot of heavy peddling as the group of three did their best to get away from the creature.

The whole encounter was captured on a GoPro and posted on YouTube.

According to information in the video, the incident took place last week, on the TNT Trail on Mount Seymour.

According to the narrator, it was the group’s first time riding the trail, which he describes as a black diamond (expert level) trail. “We don’t know where the drops are, where the 45 roots are, and we’ve got the pressure of the bear behind us; we don’t know exactly how close,” he adds. “I didn’t want to look back, and wipe out, and have the bear right on top of me.”

The entire video can be viewed below.

Yes, when it comes to wildlife encounters, it’s safe to say that this one was a little too close for comfort.