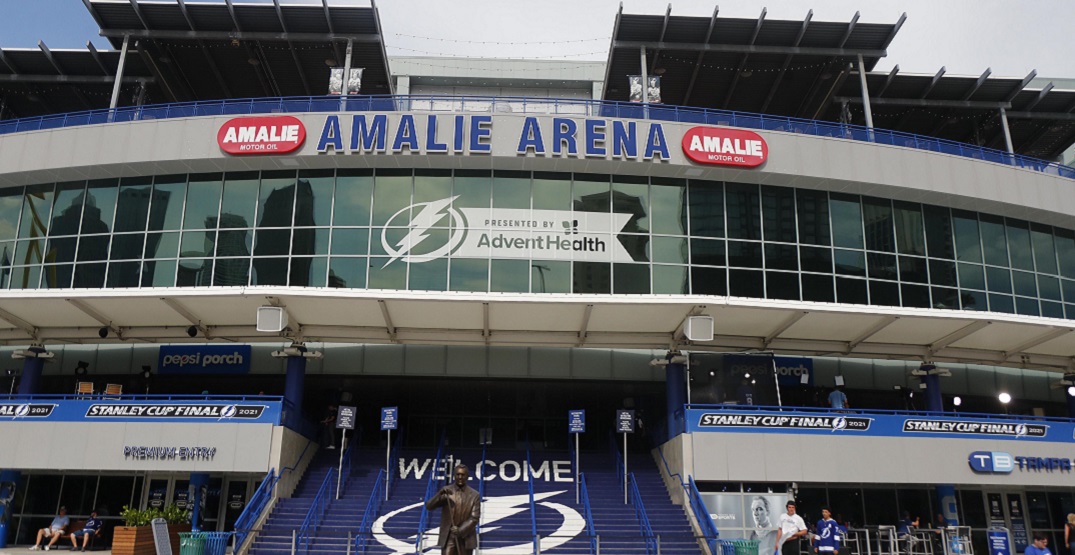 You can add Tropical Storm Elsa to the latest bit of adversity for the Tampa Bay Lightning and Montreal Canadiens this season.

Ahead of Wednesday’s Stanley Cup Game 5, extreme weather, as a result of Elsa, is set to travel through the Tampa region over the next 36 hours near the Lightning’s Amalie Arena. 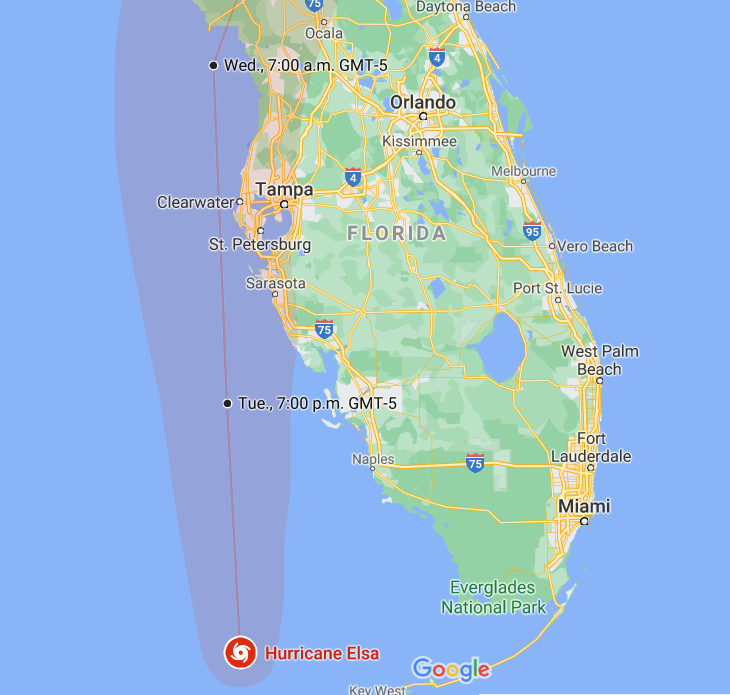 Amalie Arena is located on Tampa Bay’s southern shore, just across the street from a body of water in the Garrison Channel.

The worst weather conditions should pass in time for tomorrow night’s 8 pm puck drop, but it is unclear exactly how much weather-related damage the city will take.

Flooding, street closures, and downed power lines and trees are all standard side effects of most hurricanes.

Both the Lightning and the NHL  have yet to address these potential concerns on their public social media channels or websites.

Canadiens forward Jake Evans addressed the media before the Canadiens flew into Tampa, with the team expected to arrive in Florida on Wednesday afternoon.

“It’s been a wild year with a lot of unexpected things,” he said. “But, we’ve been such a close group. We believe in each other. Whatever we get thrown at us, we’re going to battle through it. That’s what we’ve kept doing this whole year.”

The Canadiens are currently down 3-1 in the series after winning last night’s contest in overtime.

Corey Perry says the team’s plan to deal with the weather is simple: win and get home quickly.

“Hopefully, we get there, we get there safe, and we get to play that game tomorrow night and come back here,” Perry said. “We’re looking forward to the challenge that’s ahead of us, and we’ll be ready.”

Canadiens coach Dominique Ducharme is preparing his team to be up for whatever circumstances are ahead of them on and off the ice.

“It’s been crazy,” he said. “But we’re a crazy bunch of guys in here. We’re going to take that challenge.”

What would turn Elsa from a tropical storm to a hurricane?

Elsa is currently classified as a Tropical Storm, but a hurricane watch is in effect in many parts across the state of Florida.

The National Weather Service states that a tropical storm is a “tropical cyclone that has maximum sustained surface winds ranging from 39-73 mph (34 to 63 knots)” and can be classified as a hurricane once surface winds reach 74 mph.

As of 11 am ET on Tuesday, Elsa’s winds were at about 60 mph as the storm began to approach Florida’s southwestern coast.