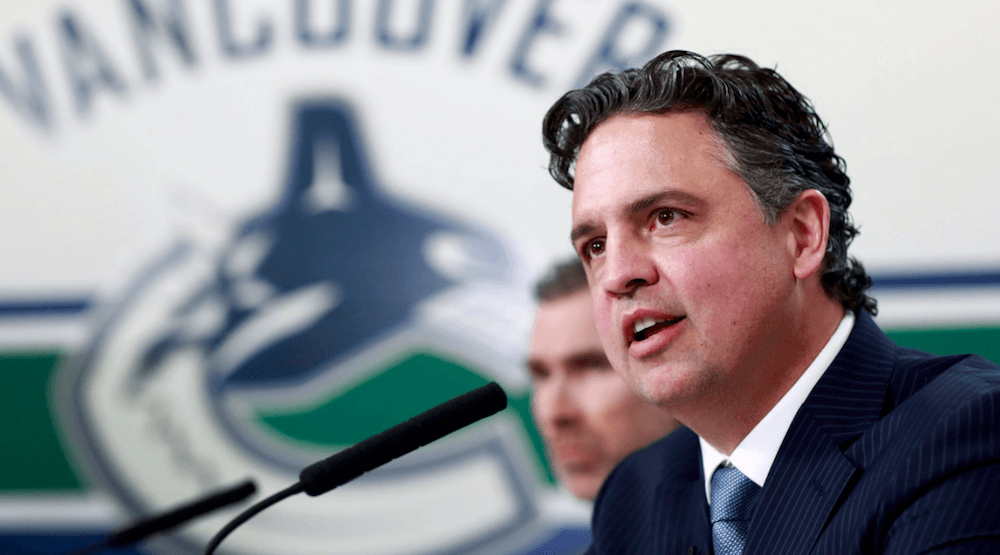 Those were the wise words of John Garrett, the colourful broadcaster, welcoming new Canucks head coach Travis Green to Vancouver on Wednesday.

The 19th head coach in Canucks history has his work cut out for him, taking over the reigns of a team that finished in the bottom-three teams in the league in each of the last two seasons.

But Green, a rookie NHL coach armed with a four-year contract, will be given the opportunity to grow with a young team. Here are eight observations from his first press conference as Canucks head coach.

1. Dealing with the media

In listening to Travis Green speak, it’s clear that he will be a more captivating coach to listen to than the last coach, at least for fans and media.

Willie Desjardins, for as likeable a personality as he was, did not express his viewpoint in a way that inspired much emotion from himself or intrigue from the listener.

Green commands the room, not with yelling, but with clear, concise, confident words. He talks like a man that is sure of his convictions.

Whether that translates to the ice or not, is another story of course.

Listening to Green speak at a podium, it’s not hard to imagine him communicating effectively with his players.

He’s said to be a no nonsense coach who is brutally honest with his players. Yet, he has been described as a player’s coach as well.

“Unless it’s on purpose.”

You get the feeling listening to Green that this may be more of a tough love place than in previous years.

Desjardins didn’t want to upset the applecart with his veterans. It appears Green will less forgiving.

“Accountability is a big word. I want my players to be accountable in what they do, how they prepare, how they practice. But I think if you build relationships and you communicate with players they appreciate it, especially today’s player. I don’t play a lot of mind games, they always know where they stand.”

Green, like former Canucks coach John Tortorella, talked about “pushing” players to be their best.

Good thing, because he’s got a lot of 15-goal scorers on his roster.

It’s a fine line for a coach. Tortorella tried to push players beyond what they were capable of in Vancouver. You want your players to play hard for you, but you also need them to respect you. And you also have to be realistic.

3. No other candidates interviewed 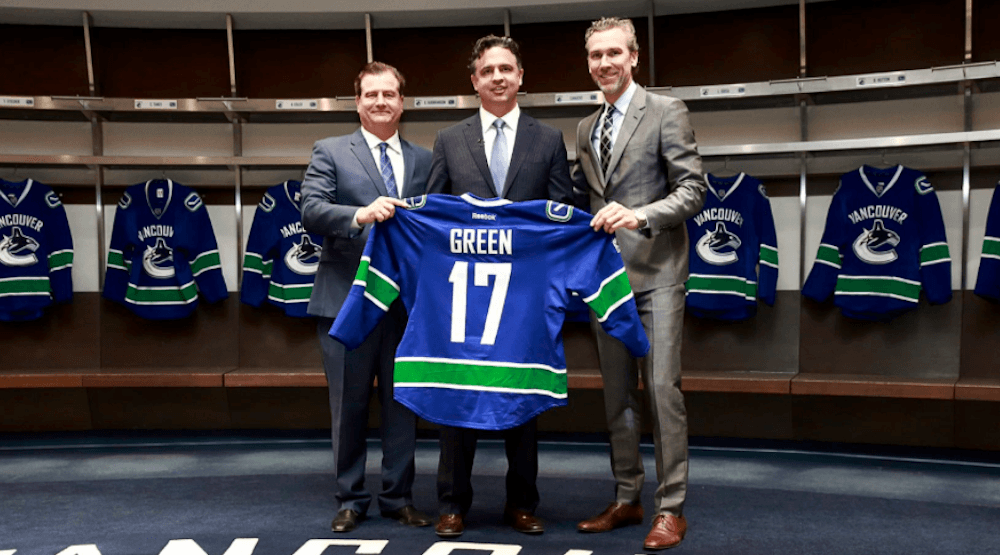 Not sure if this is a surprise or not, but it was revealed that no other candidates were interviewed for Green’s job.

“We were very focused on Travis and we didn’t interview any other candidates,” Trevor Linden said. “We have a lot of faith in Travis and we really think that we’ve got a great young head coach who’s gonna be important to the development of this team.”

In reality, a lot of teams likely have their minds made up when they hire a head coach. It’s why AHL head coaches or NHL assistants often get promoted within their own organization.

But for Linden to admit it publicly, after the failures of the last three seasons, gives the appearance of management not doing their due diligence.

But that’s not to say Green is the wrong choice.

“I think Travis fits where we are as an organization, he understands young players,” Linden said. “He knows how to manage young players, he knows how to set the bar on accountability, what’s expected, the preparation that’s required. It was a pretty easy decision for us.”

In the end, if the Canucks were happy with Green, it made a lot of sense for them to give him the promotion.

4. Been there, done that

Just 10 years removed from his playing days, Green feels like he can relate to today’s player.

“I can relate to what some of the young guys are thinking or feeling. And that’s how you build relationships you try to relate to them.”

A 23rd overall pick, Green scored 51 goals in his draft year. He was an effective NHL player, carving out a 970-game career. But he had to work for it, and never materialized into a top scorer.

That’s a lesson he can give to some prospects who think the NHL will be easy for them.

One of the big tasks for Green will be to improve Vancouver’s power play. The Canucks’ play with the man advantage sputtered along all season long, clicking at just a 14.1% pace, good for second-last in the league.

Good idea, but how?

“Finding goal scorers is different than creating offence for me.”

Green makes a good point with that last line.

While talent is hugely important, there are a lot of things that players can do to manufacture goals that have nothing to do with how slick their stickhandling is or how hard they shoot the puck.

The most talented teams don’t always have the best power play, for instance.

My guess? Expect to see more traffic in front of the opposing team’s goal, and more shots directed towards the net.

6. Nolan Baumgartner may return to Vancouver

It sounds like former Canucks defenceman Nolan Baumgartner will be making the move from Utica to the NHL as well, although it’s not a done deal.

“As far as the coaching staff goes Baumer is definitely high on my list, I expect he will be here,” Green said.

This might be a topic that some will snicker at, but it’s vitally important for any hockey club.

It was a big part of Green’s message on Wednesday, and one he’ll need to instil with his club.

“Your veterans have to push your culture, younger players have to lean on the veterans at times when you are pushing on them.”

If you lose your veterans, you lose your rookies as well. That’s something Desjardins recognized, although he was probably too soft with his vets in the end.

Green says that he still believes in Daniel and Henrik Sedin, although he’s not going to go Tortorella on them.

The Canucks aren’t blessed with superstar talent, so much like the previous head coach, playing four lines is going to be important.

“I’m a big believer in playing four lines with the pace of the game and the amount of energy you have to use to play today.”

Green said all the right things on Wednesday and looked quite comfortable in his skin. He’s talked the talk. In October we’ll begin to find out if he can walk the walk.