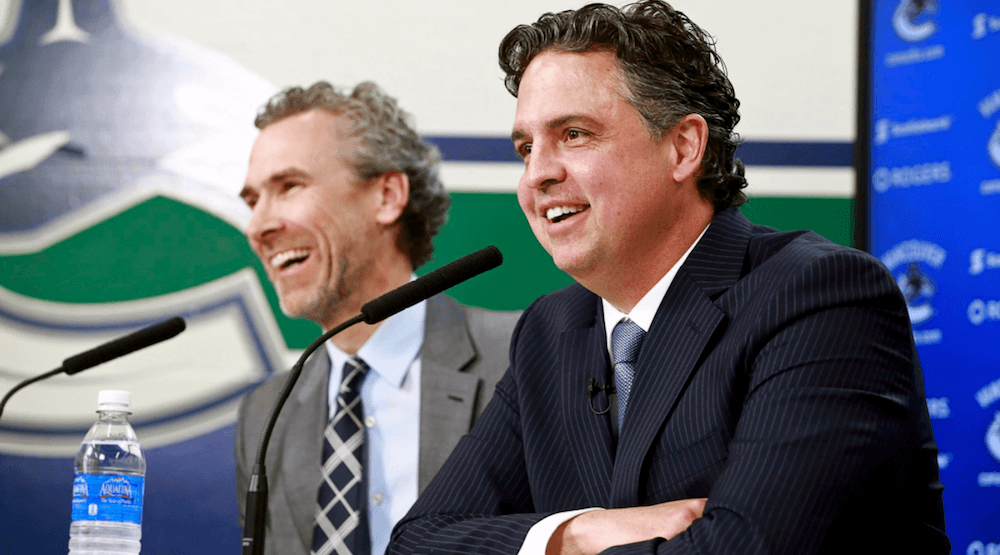 The first step to recovery is admitting you have a problem.

And the Canucks – who have finished near the bottom of the league’s standings for three of the past four seasons – quite clearly have a problem.

But judging by their actions at the trade deadline and language at Wednesday’s media availability, they are on the road to recovery.

Yes, they finally said the word that so many people have been dying to hear. And team president Trevor Linden was the one to say it.

“Call it a rebuild,” Linden said in an interview with Matt Sekeres and Blake Price on TSN 1040.

For many people, it’s about damn time.

The Canucks have needed to rebuild for years, but were in partial denial until only recently.

They’ve used terms like “retool” and “rebuild on the fly” to describe what they were trying to do – get younger without sacrificing much of the present. It hasn’t worked.

In reality, trading Alex Burrows and Jannik Hansen for prospects at the trade deadline was the first signal of a proper rebuild, but it’s nice to get confirmation from the man in charge.

Maybe now members of the media can stop asking the out-of-touch question: “Can fans stomach a rebuild?”

Of course they can. They have to.

In the past few weeks and months when it was obvious that the Canucks were rebuilding, Linden still refused to say the word. Why the sudden change of heart?

“It’s taken a life of its own, and I think it’s been a dividing term,” Linden said on TSN 1040. That divide, of course, has been between the organization and their fans.

“At the end of the day, if that helps our fans get aligned and the media get aligned with where we are, then let’s use that term and call it a rebuild.”

Was that so hard?

The best way forward for the Canucks on the ice and at the box office, is to be honest with their fans and embrace a rebuild. Vancouver hockey fans aren’t stupid. They’ve known that the product put in front of them for the past few years hasn’t been close to a Stanley Cup.

Even after a 101-point season in Willie Desjardins’ first season at the helm, fans weren’t fooled.

It’s been painfully obvious that the team has needed to get younger for a while now, and they’re finally on their way. The additions of young players added in the past 12 months – Olli Juolevi, Nikolay Goldobin, Jonathan Dahlen, plus another top-five pick coming in June – gives some hope that better days are ahead. And really, it’s those kinds of prospects with high-end potential that gives more hope than the likes of Ryan Miller, Brandon Sutter, or Loui Eriksson ever could.

And it sounds like the Canucks as an organization realize this now. Finally.