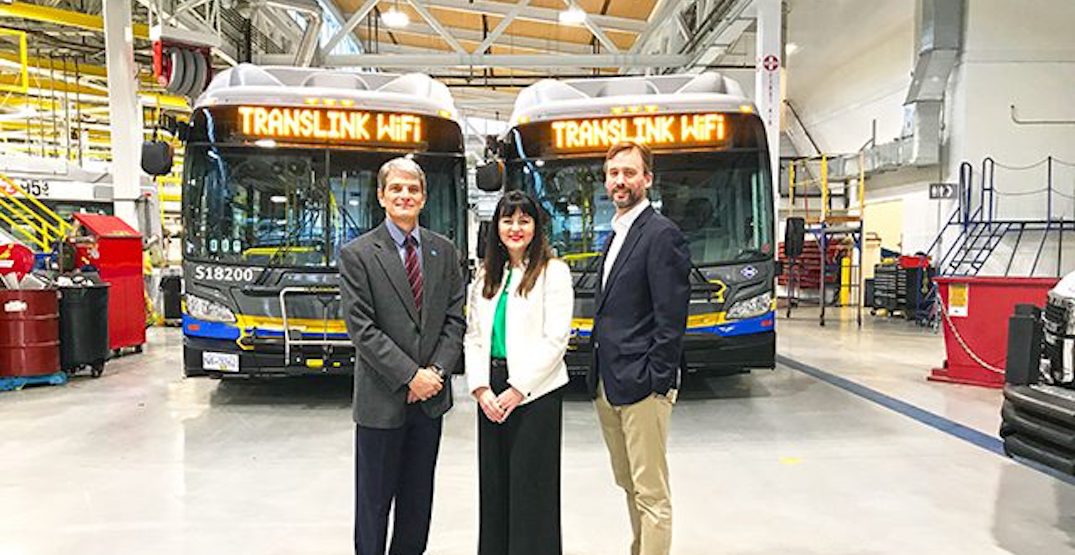 COVID-19 has slowed down the rollout of free WiFi onto all of the vehicles of Metro Vancouver’s public transit system.

TransLink first announced a partnership with Shaw in 2018 to bring WiFi connectivity to all conventional buses and SkyTrain cars, and eventually all community shuttle buses, West Coast Express cars, and HandyDart as well.

The original timeline for the program was initially a launch in 2020, with an aim to complete systemwide connectivity on thousands of buses and train cars by 2025.

Understandably, the difficult pandemic conditions last year delayed the rollout of the program, which will come at no cost to TransLink. The agreement stipulates Shaw will be responsible for the costs of installing and operating all of the WiFi infrastructure.

“We are in close communication with Shaw and are expecting to launch WiFi on some transit vehicles before the end of this year,” a TransLink spokesperson told Daily Hive Urbanized.

Shaw has already been a WiFi partner for TransLink since 2016, when the company installed free Wi-Fi at both SeaBus terminals and onboard the ferry vessels.

Under the expanded systemwide agreement, TransLink could potentially receive some revenue from Shaw, but the public transit authority has indicated revenue generation is not the primary objective of this major amenity for passengers.

In recent years, TransLink has placed a far greater focus on improving customer service — “creature comforts” such as real-time next train digital signs on SkyTrain platforms, and the introduction of double-decker buses.