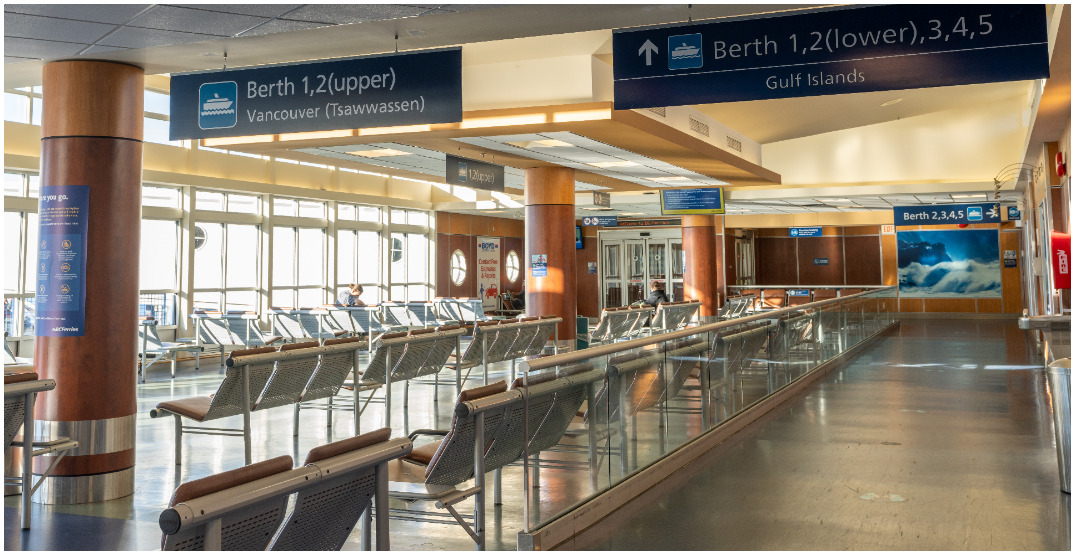 It took a while, but 14 different BC ferry terminals are finally getting WiFi.

BC Ferries made the announcement on Friday, signalling that a boost in funding from the BC government has led to this technological advancement.

“We’ve been hearing from people about how convenient it is to have free and reliable WiFi access at BC Ferries terminals, particularly on minor routes where cellular service is less likely to be available,” said Lisa Beare, Minister of Citizens’ Services.

Beare says this is part of their Connecting British Columbia program.

The following are the locations where you will be able to surf the web without using up your GBs:

The $1.5 million grant from the BC government will help bring WiFi coverage to terminals, public lounges, vehicle lineup sections, and parking lots where possible.

Outside of allowing you to use the web stress-free, this will also make it easier to navigate BC Ferries according to Harold Swierenga, the Chair of the Salt Spring Island Ferry Advisory Committee.

“Access to the BC Ferries’ website and internet while at the terminal can be of particular assistance to visitors unfamiliar with the routes and schedules.”

BC Ferries had only begun introducing WiFi at terminals between 2010 and 2012.

This update will bring the total number of terminals that have WiFi access to 21.