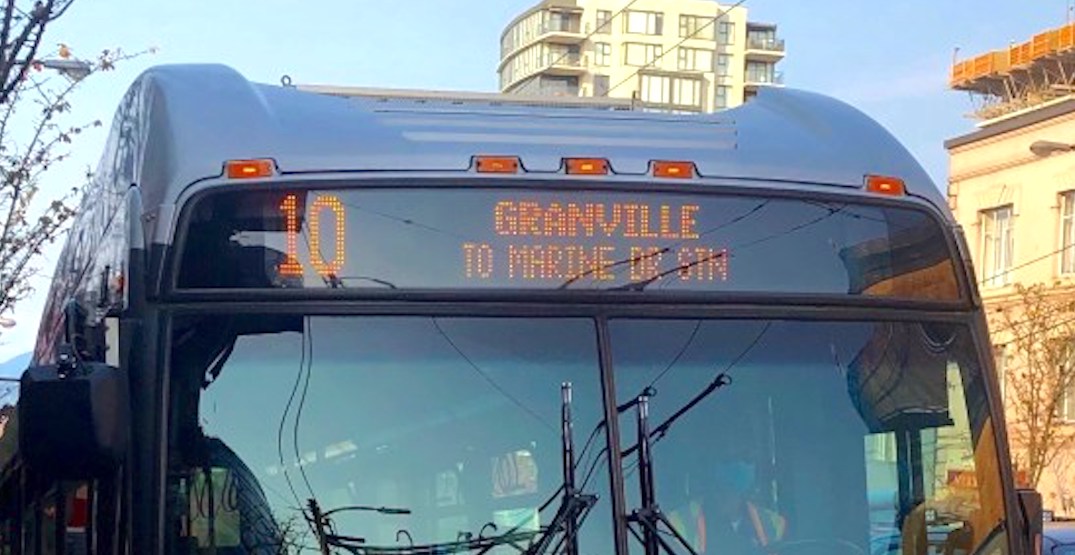 Example of the stacked destination sign format for the No. 10 Granville bus. (TransLink)

The digital signs at the front of TransLink buses that display the bus route number and destination information could be updated with more detail about the end destination.

For example, the No. 10 Granville route previously typically displayed “10 GRANVILLE,” but under the new format it would display “GRANVILLE” on the top line in bold and “TO MARINE DR STATION.” 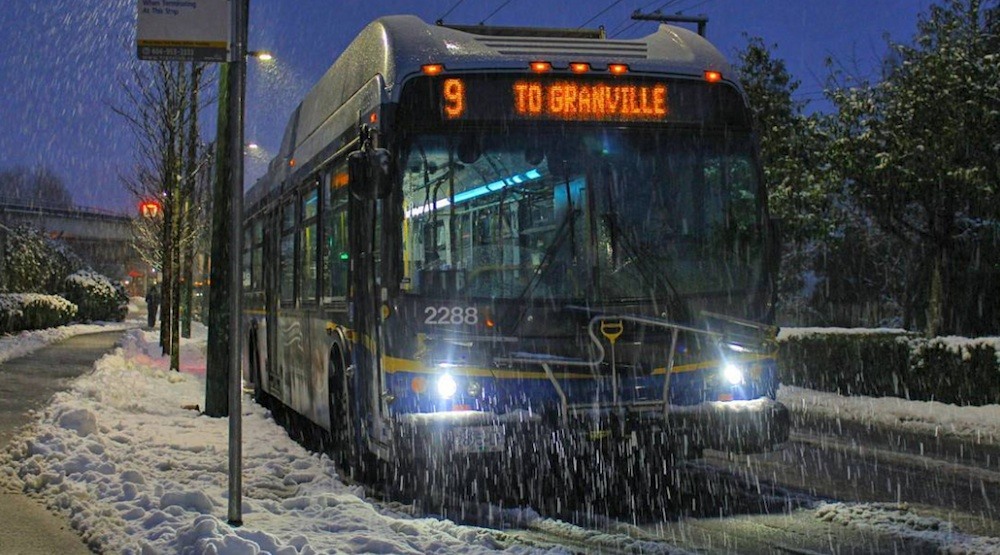 The main tradeoff is that the text is smaller, but the changes could reduce some of the confusion prevalent amongst people who are unfamiliar with the public transit system. For instance, the signs for the No. 10’s inbound direction read “DOWNTOWN” but there are 18 different routes that say “DOWNTOWN,” including two different routes from SkyTrian’s Marine Drive Station that travel on Main Street and Granville Street.

Similar stacked destination signs are also in practice on the buses of other major public transit systems in North America, such as New York City, San Francisco, and Toronto.

TransLink’s pilot is being held on routes No. 10 Granville/Downtown, No. 119 Edmonds/Metrotown, No. 151 Coquitlam Central Station/Burquitlam Station, and No. 325 Newton Exchange/Surrey Central Station. The changes to the signs require reprogramming. 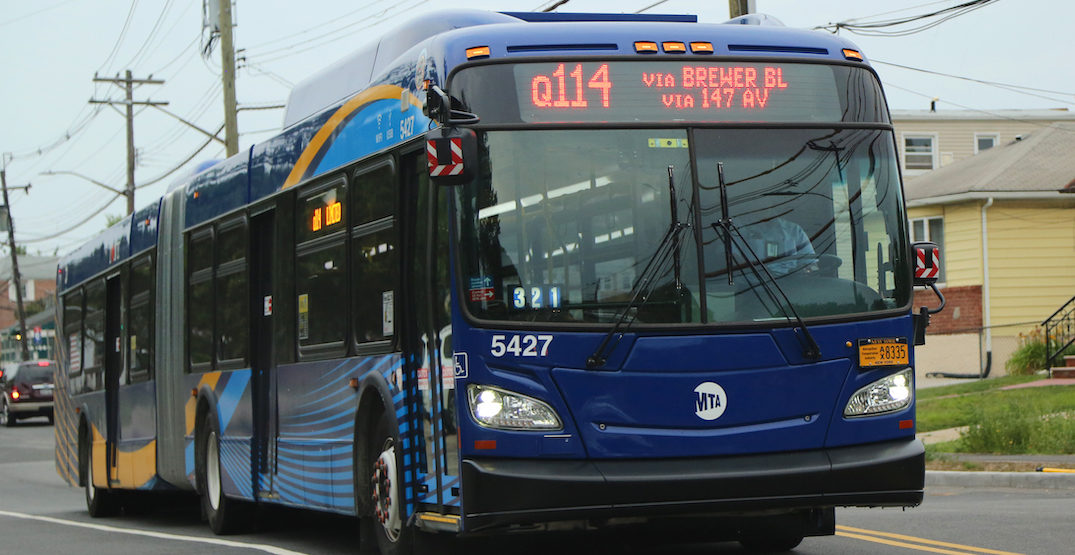