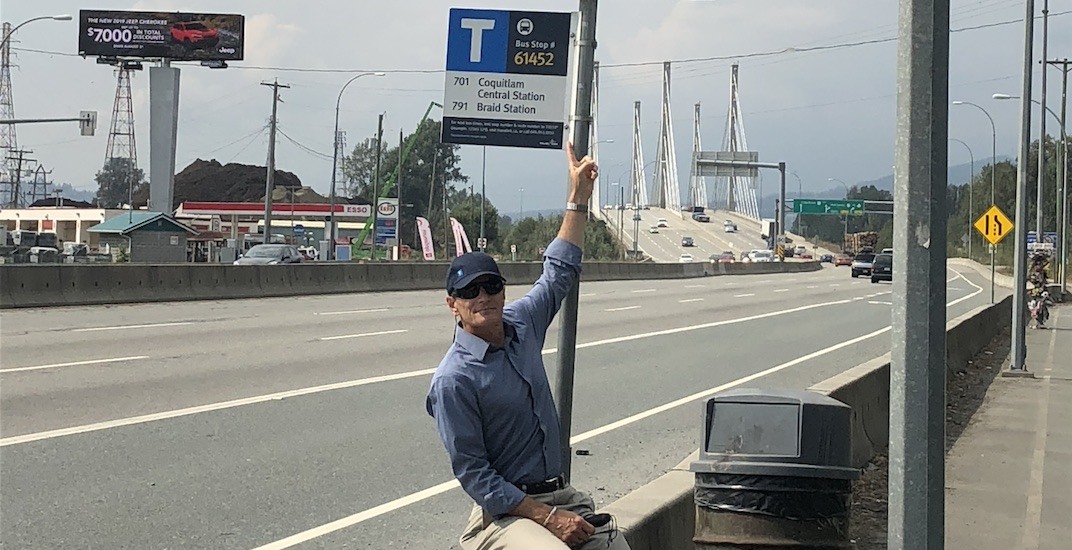 TransLink CEO Kevin Desmond at 'North America's worst bus stop' on the side of Lougheed Highway in Pitt Meadows. (TransLink)

This problem transit bus stop on the shoulder of Lougheed Highway in Pitt Meadows, which was named today as North America’s worst bus stop, was already on TransLink’s radar prior to the competition.

In fact, TransLink says its CEO, Kevin Desmond, personally brought it to the attention of the public transit authority’s planners, and it is something they have been working on before the bus stop gained wide notoriety.

A photograph shared by Desmond even shows his bemused reaction of discovering the existence of this bus stop. 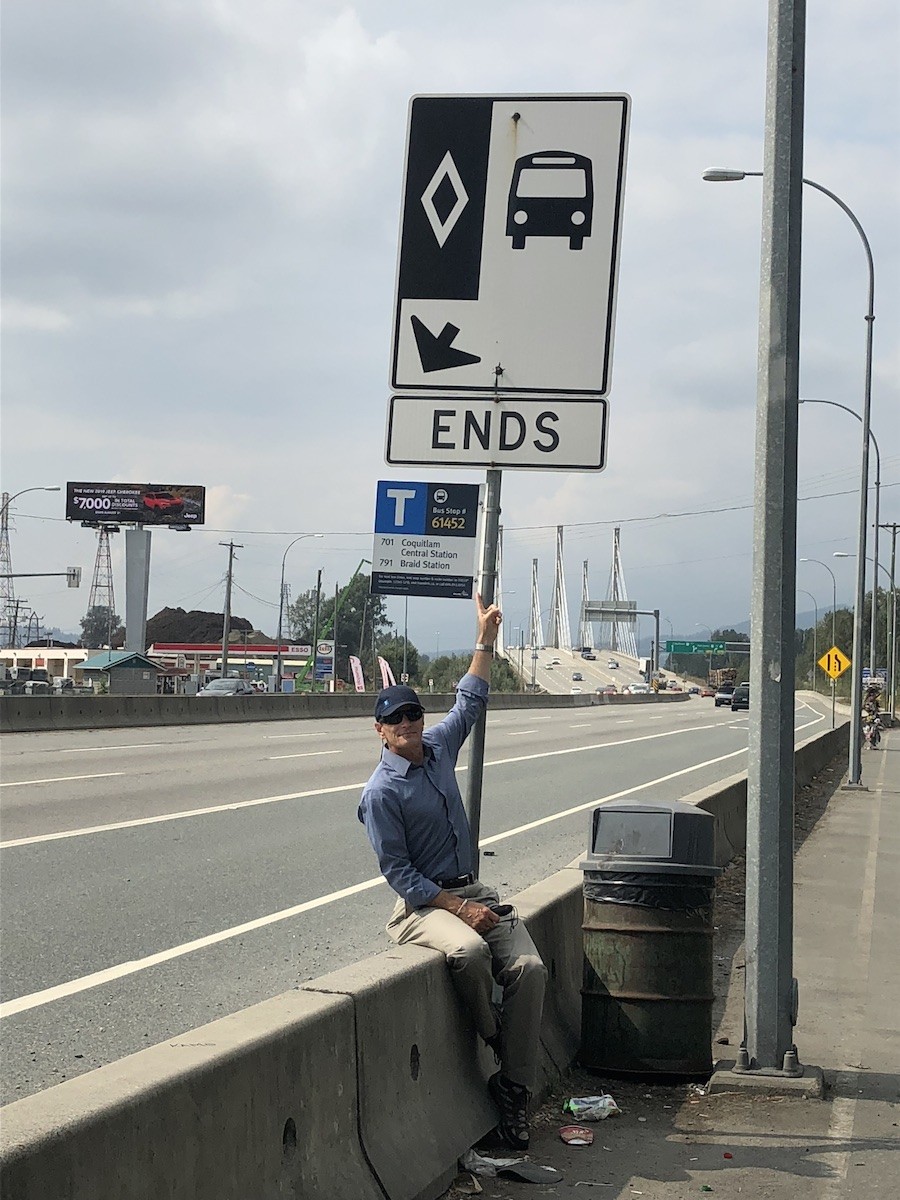 TransLink CEO Kevin Desmond at ‘North America’s worst bus stop’ on the side of Lougheed Highway in Pitt Meadows. (TransLink)

However, the problem is not exactly a quick fix, as Lougheed Highway is not within TransLink’s jurisdiction. The roadway is owned and managed by the provincial government.

“TransLink is making sure access concerns at this Lougheed Highway bus stop are addressed,” said the public transit authority in a statement to Daily Hive. “We are presenting the province, which owns and manages access to the highway as well as the roadway infrastructure, with several possible solutions which will improve access for customers.”

The bus stop is located near the highway’s intersection with Old Dewdney Trunk Road, just east of the Pitt River Bridge, and it was a top-four finalist in StreetBlog’s “Sorry Bus Stops” competition. According to the publication, the Lougheed Highway bus stop trounced another problematic stop in Cincinnati in a 58%-42% landslide.

The design of this bus stop is certainly anything but accessible. Buses must stop on a highway travel lane in order to pick up passengers, who need to climb over a concrete barrier in order to reach the bus. The bus stop sign is attached to the same pole that supports a road sign that indicates the end of the bus lane. 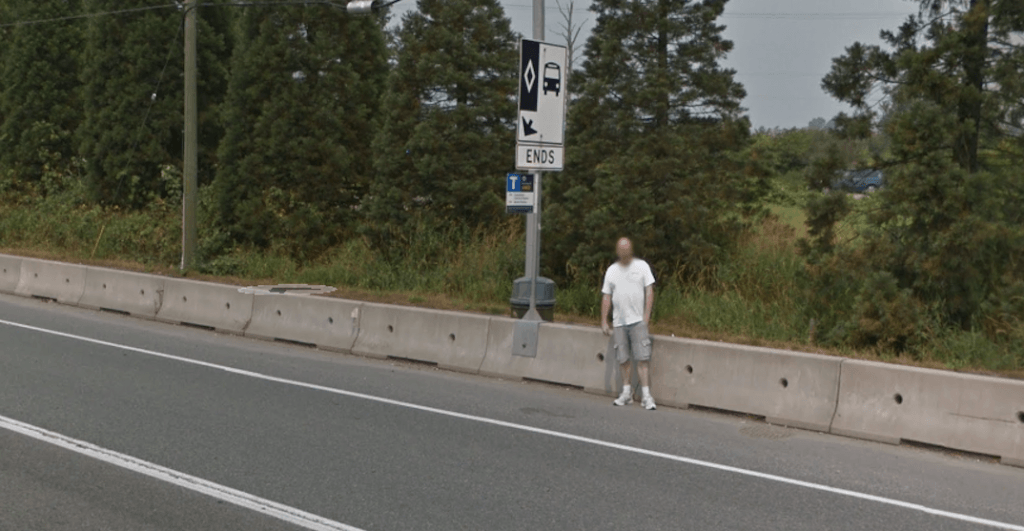 ‘North America’s worst bus stop’ on the side of Lougheed Highway in Pitt Meadows. (TransLink)

“We thank Streetsblog for highlighting what is a common thing in the transit industry when it comes to bus stops,” the statement continues.

“Our bus customers are the heart of our ridership, but they sometimes don’t see the quality of amenities rail riders do. While we can’t improve every stop at once, we are committed to making waiting for a bus more comfortable.”

TransLink says it made improvements to nearly 200 bus stops last year, such as improving the passenger waiting area, adding wheelchair accessibility, and increasing the size of the landing area to install bus shelters and benches.