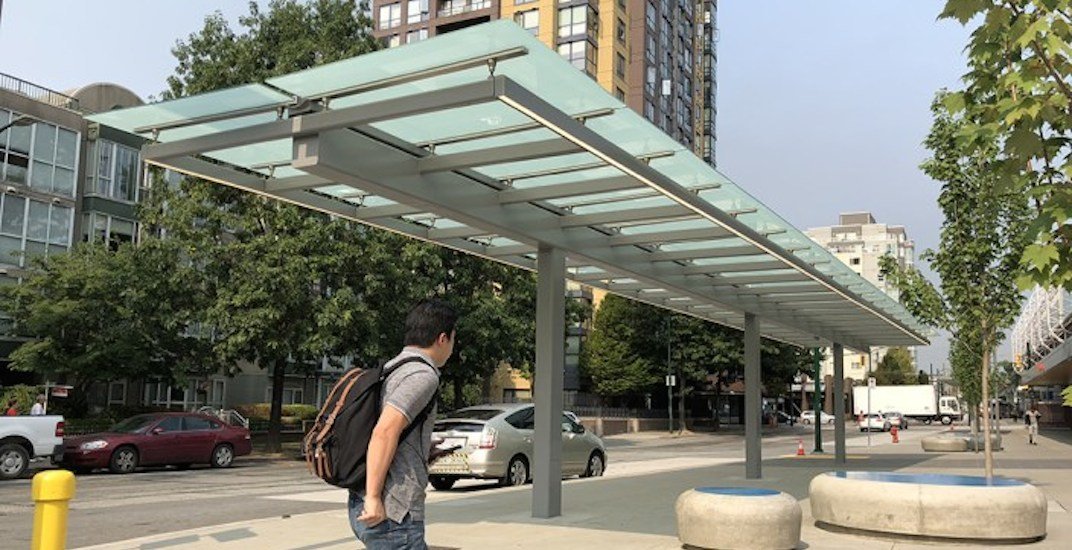 Bus passengers boarding or disembarking at SkyTrain’s Joyce-Collingwood Station are now using a new bus loop built on the east side of the station.

TransLink says the old bus loop across the street on the west side of the station is now closed, and as of today all buses are using the new bus loop next to the east stationhouse. This new bus loop has large shelters to protect passengers from the elements and it is the new permanent location for the No. 28 Capilano University/Phibbs Exchange, No. 41 UBC, and No. 43 UBC routes.

The west stationhouse at Joyce-Collingwood Station is closed until spring 2019 to allow for the second phase of station upgrades. The SkyTrain station will remain open, with access provided through the new $27-million east stationhouse completed last year.

Work to be conducted in the station’s second phase of upgrades include upgrades to the old west stationhouse bus loop to accommodate the future B-Line service to UBC, an extended station roof, replacement of the original elevator and escalator, new pedestrian and bicycle paths, and other improvements to the overall station design and lighting systems.

The public transit authority is currently in the process of replacing the station platform’s tiling, which necessitates partial platform closures until early fall.