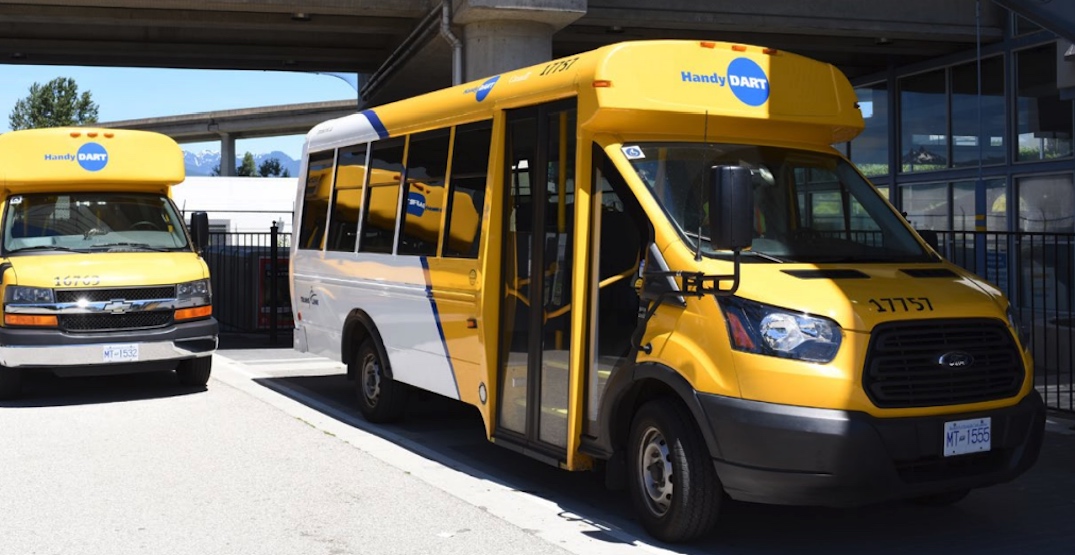 For the first time, TransLink has prepared a new standalone annual report outlining the service levels and performance of HandyDART — the bookable, door-to-door shuttle bus service specifically designed for seniors and people with disabilities who are unable to use the conventional public transit system with ease.

Compared to 2018, average ridership in 2019 was up by 24.4% on weekdays, 12.5% on Saturdays, and 19.9% on Sundays and holidays. This totals 1.38 million trips by HandyDART, including 1.98 million trips by the HandyDART buses and 183,500 trips by the Supplemental Taxi Service (STS). These figures include anyone accompanying a passenger as their companion or assistant.

Taxis, typically vans with wheelchair capabilities, are deployed when HandyDART vehicles are unavailable for reasons that include high demand and traffic delays.

Under STS, passengers pay a regular HandyDART fare and TransLink pays the rest of the taxi fare. The average use of STS between 2016 and 2019 has grown by 40% on weekdays, 27% on Saturdays, and 56% on Sundays.

However, due to COVID-19, as of last month, ridership on HandyDART is hovering at just 35% of normal levels.

The HandyDART fleet has grown to help meet rising demand, with 10 vehicles added in 2019, resulting in nearly 340 shuttle buses in total.

In 2019, HandyDART’s operating costs reached $54 million, with $3.29 million recouped through the nominal fares. The service’s on-time performance is reported as 75%.

Nearly all customer trips in 2019 involved wheelchairs, and most trips were for medical related purposes.

Passengers who are elderly are the largest HandyDART age group, and passengers aged 55 to 75 represent the largest increase in HandyDART registrations since 2010 — a reflection of an aging population in the region.

Younger passengers between the ages of 20 and 35 have the highest average trip frequency rates, but even with the lower trip rates the large number of passengers in older age groups represent the largest amount of trips taken. 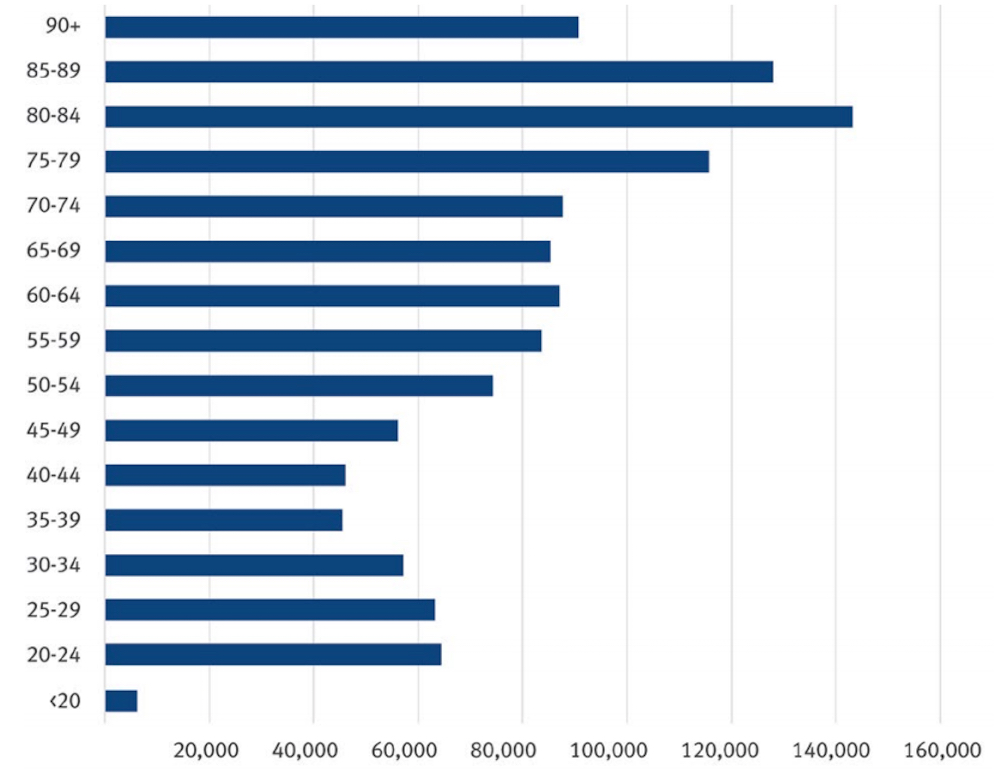 Average number of HandyDART passengers by age Band, 2010 to 2018. (TransLink)

The report notes the length of passenger trips increased in 2019 to an average of 8.5 km, which aligns with a continuing trend since 2015 when trips average 8.0 km. Before this period, trip lengths had been decreasing from a high of 8.8 km. A variety of factors could cause such changes, such as service policy, land use, changes in trip making, and program offerings.

Only a small number of HandyDART trips are made to reach conventional transit services, such as SkyTrain, SeaBus, bus, and West Coast Express. Just 9,400 (0.7%) of the trips on HandyDART in 2019 were identified as intermodal.

Over the years, TransLink has been increasing the presence of HandyDART bus loading areas at transit hubs, including the new bus exchange at Richmond-Brighouse Station and the future Capstan Station.

“Intermodal trips increase the efficiency of HandyDART vehicles freeing them to serve more customer trips in their local area. In addition, intermodal trips can provide customers greater spontaneity of travel and independence and reduced travel times,” reads the report.

HandyDART is operated by First Transit under contract with TransLink. The service’s drivers are trained to assist passengers with their special needs.

According to a passenger satisfaction survey, respondents gave HandyDART drivers a score of 9.5 out of 10 for their courtesy, competency, and helpfulness. In contrast, taxi drivers under STS have a score of 71%.