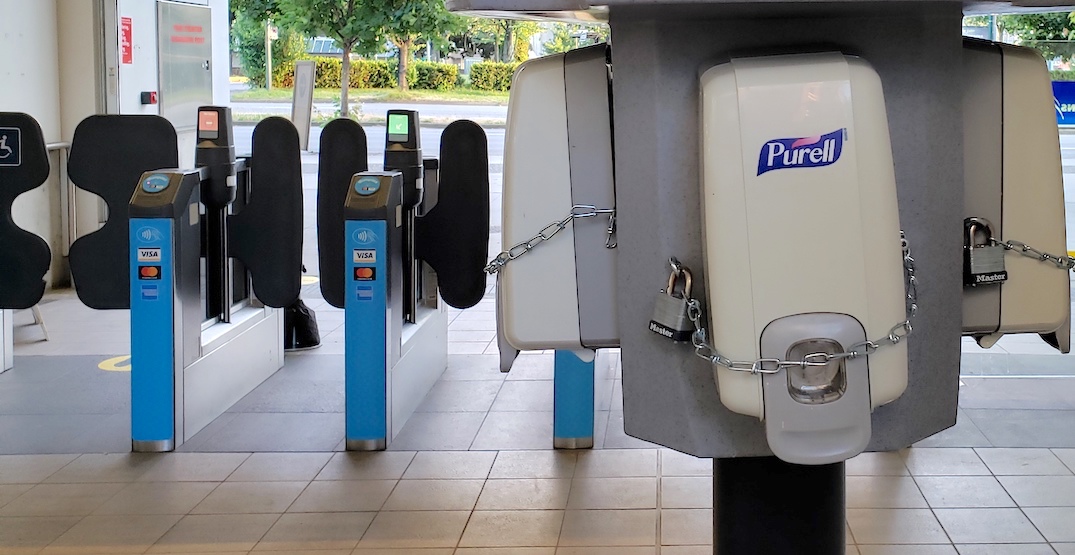 Hand sanitizer dispensers found at busy SkyTrain stations have been been the target of thieves, prompting TransLink to implement more secure solutions.

The public transit authority has been gradually installing hand sanitizer dispensers on the SkyTrain system for about two months as one of its health safety measures for passengers.

It was noted by Lorraine Cunningham, the vice-chair of TransLink’s board of directors, during last week’s public meeting that the hand sanitizer dispensers placed on the system “tend to disappear because they’re very dear products.”

According to Michel Ladrak, the president and general manager of TransLink subsidiary BC Rapid Transit Company, staff are now looking at new hand sanitizer stations.

“The ones we’ve put in place now were quickly leased to provide the service. We’re looking at more professional sanitizers that we can actually bolt into the floor at key locations and key stations,” he said.

Ridership continues to see consecutive weekly increases. As of earlier this month, average daily ridership on the public transit system has reached 472,000, doubling the ridership from the pandemic low experienced in early April. But this is still 69% of normal levels.