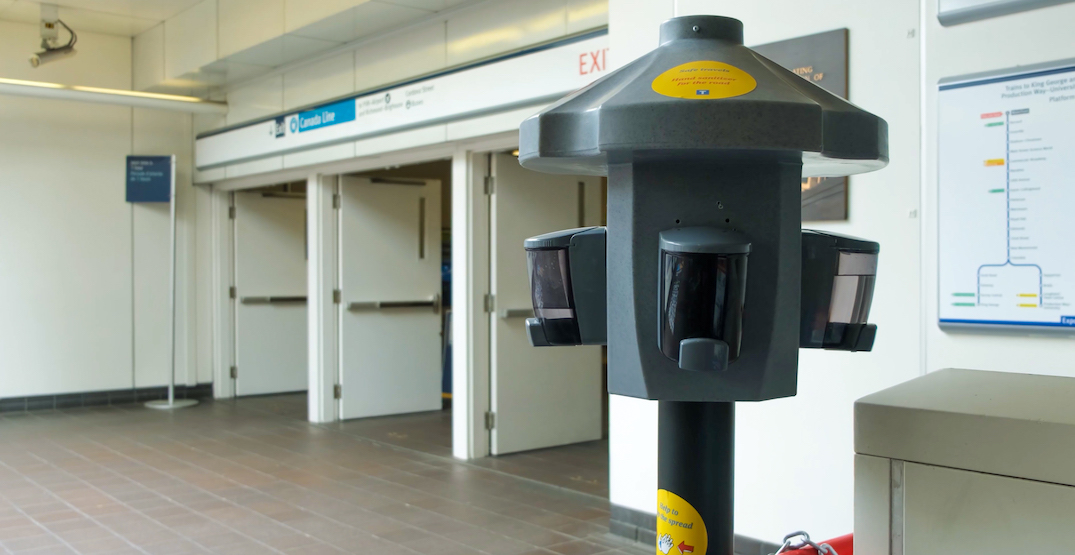 The public transit authority announced today it will expand the availability of hand sanitizer dispensers on its key services across the region, including the entire RapidBus fleet of approximately 110 articulated buses, key bus exchanges, both SeaBus terminals, and additional SkyTrain stations.

The rollout of these additional dispensers will start next week.

The latest expansion of this health safety measure will expand the presence of the dispensers to Bridgeport Station, Granville Station, Columbia Station, and Brentwood Town Centre Station. 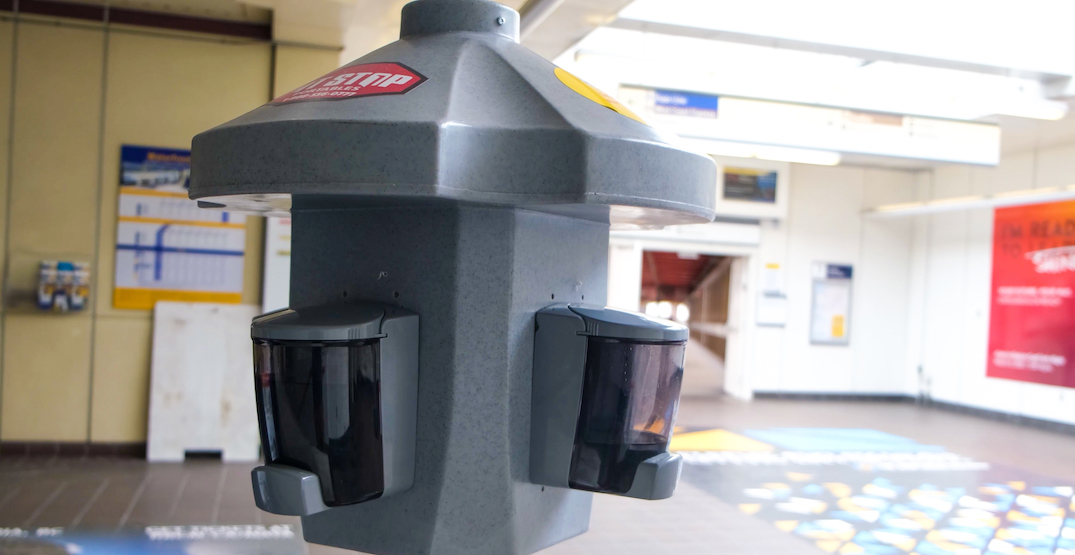 “Since the beginning of the pandemic, we have been focused on our cleaning and sanitizing protocols,” said TransLink CEO Kevin Desmond in a statement.

“These dispensers will help promote strong personal hygiene practices, which is especially important as our ridership continues to grow. We need to look out for one another and do our part to ensure we are keeping ourselves and our fellow passengers as safe as possible.”

Ridership on the system is now seeing consecutive weekly increases. For the week ending on June 6, TransLink recorded a total of 2.6 million boardings — a ridership increase from the 1.4 million boardings recorded in the second week of April, when ridership reached a low during the pandemic.

But ridership levels are still well below the normal pre-pandemic ridership of 1.5 million boardings per day.

Under BC’s restart, with the promised financial assistance of the provincial government, TransLink has returned most of its service to normal levels to allow for better physical distancing from the increase in ridership. Bus capacity has been increased to 66%, allowing for all seats in the vehicle to be filled.

It has also implemented enhanced cleansing and disinfecting practices, including daily routines and pit crews at high-traffic stations, and has installed wayfinding and floor decals to inform riders of proper physical distancing. Passengers are also being recommended to wear a face mask or covering.