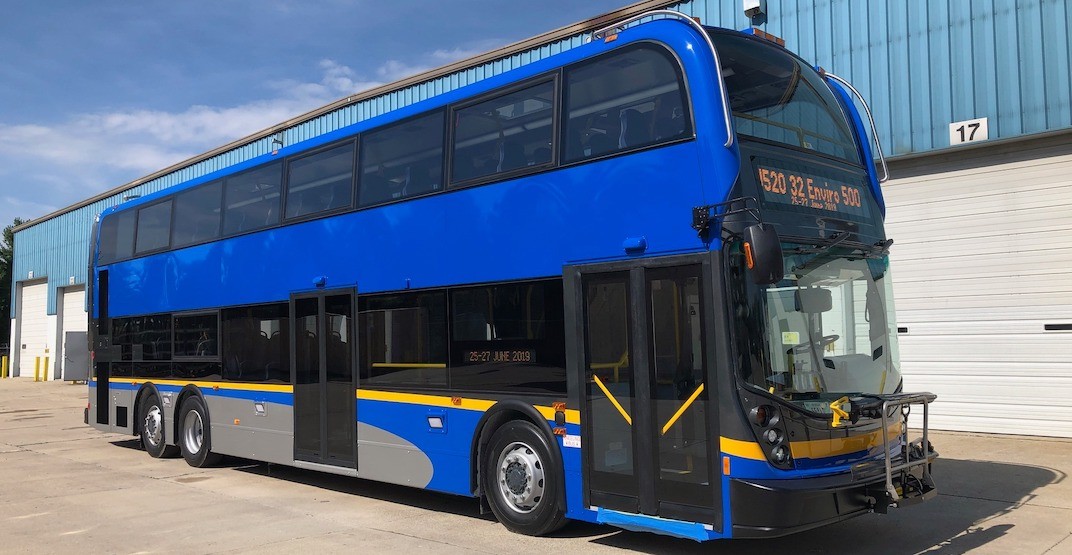 Double-decker buses for Metro Vancouver’s public transit system are just a few months away from hitting the road to serve passengers on a regular basis.

TransLink says the buses are now being delivered to the region by UK-based manufacturer Alexander Dennis. A total of 32 ‘Enviro 500’ model double-decker buses have been ordered to increase the capacity and comfort of the longer-haul suburban routes traveling toward Vancouver from Langley, Surrey, White Rock, and Delta.

The new double-decker bus fleet, a first for TransLink, will undergo inspection and testing before entering service sometime this fall.

New photos made available today show the exterior livery of the new buses. 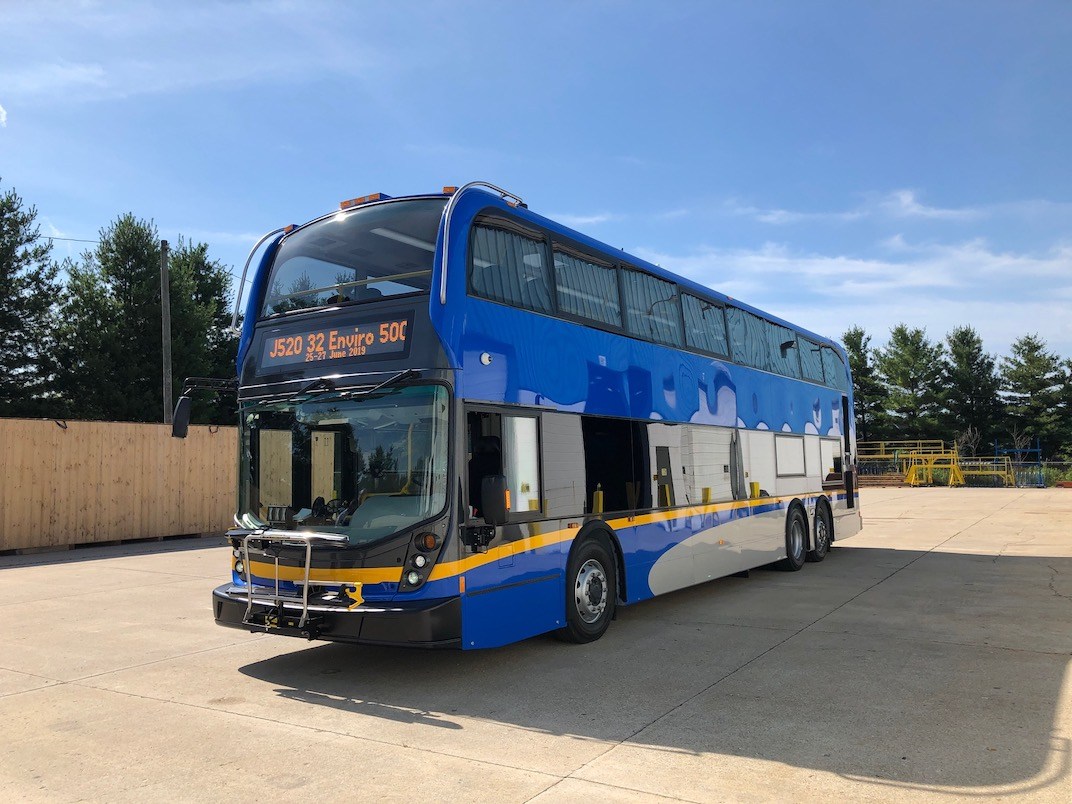 These buses are the same length as a standard 40-ft bus, but they fit far more people, with seating capacity alone reaching 83 people — an 83% increase over existing highway coaches.

The lower deck is fully accessible, providing space for up to four passengers using mobility devices.

Security cameras mounted on the upper deck also provide passengers with the ability to gauge if there is space in the upper deck before making an effort to climb the stairs.

Plug-in USB charging outlets are some of the new passenger amenity features that will be included in these buses. 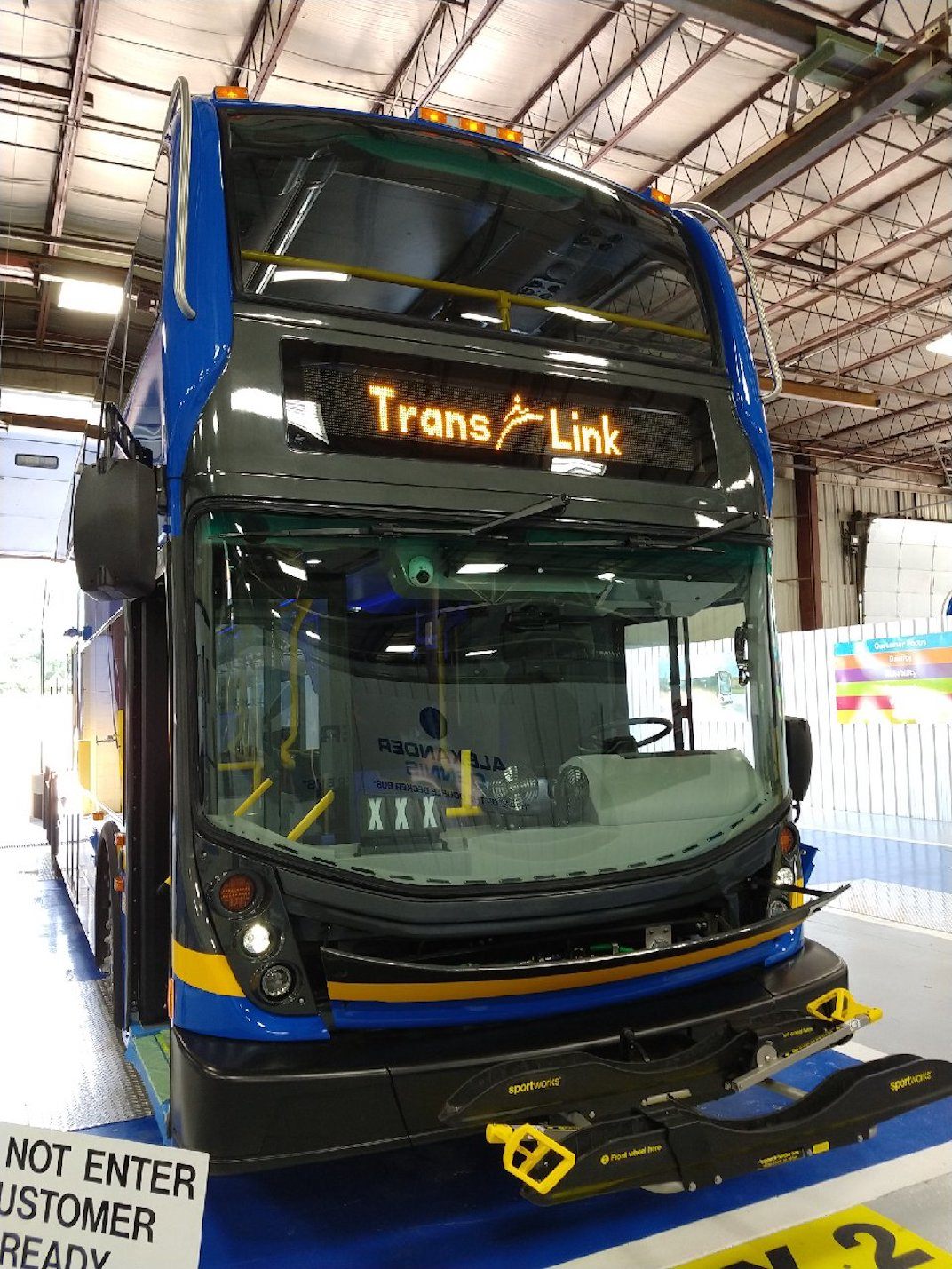 TransLink previously engaged in a pilot project that tested the double-decker buses, before finalizing an order for the fleet.

Later this summer, TransLink is also expected to change Route 100 on Marine Drive — from Marpole Loop to 22nd Street Station — into a route served by electric-battery bus vehicles as part of a 2.5-year-long pilot project.

As well, over the coming weeks, a new additional SeaBus is set to begin service and the first of 12 new two-car Canada Line trains are slated to arrive. 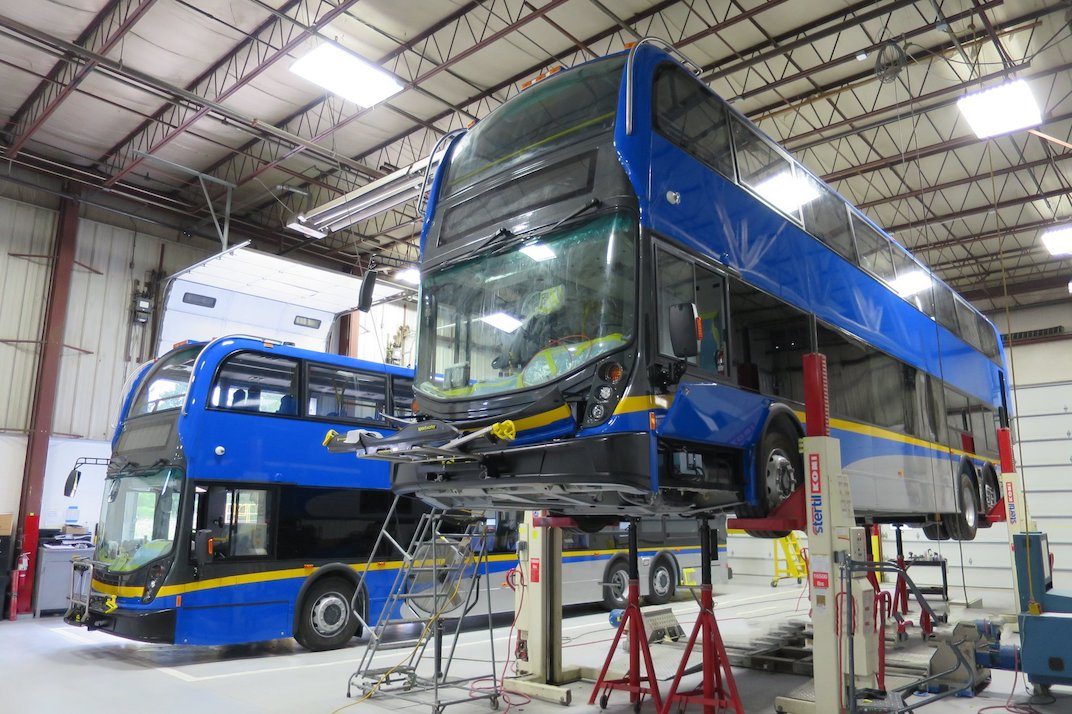