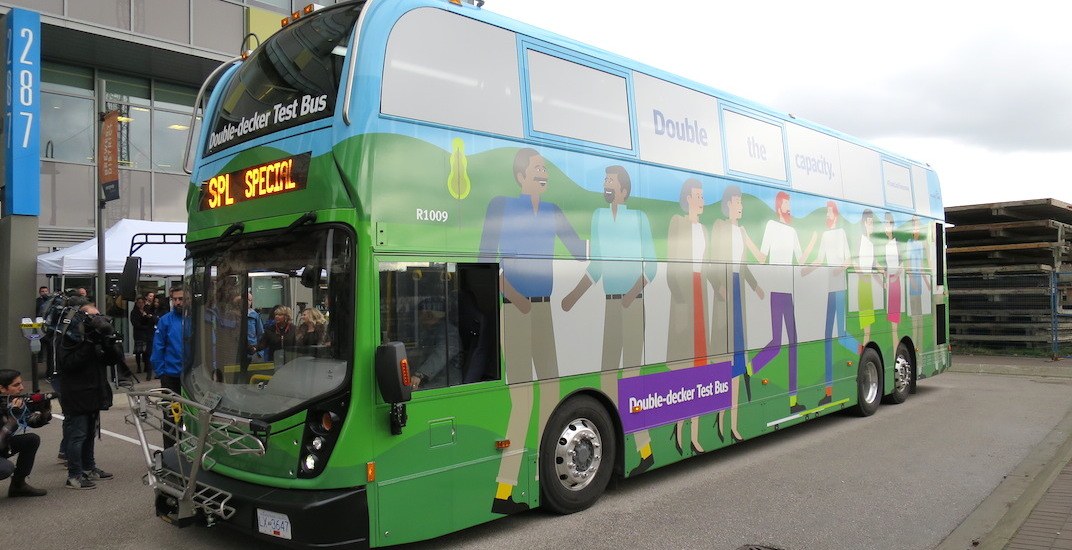 After a double decker bus pilot project that began last fall, TransLink has announced that it intends to “go to procurement later this year, with the intention of purchasing up to 32 double decker buses to go into service by 2019,” a spokesperson said.

TransLink said the Enviro 500 model of buses from UK-based bus manufacturer Alexander Dennis are the same length as a standard 40-ft bus and can fit 80 seats – an 83% increase in seating capacity over the existing highway coaches. 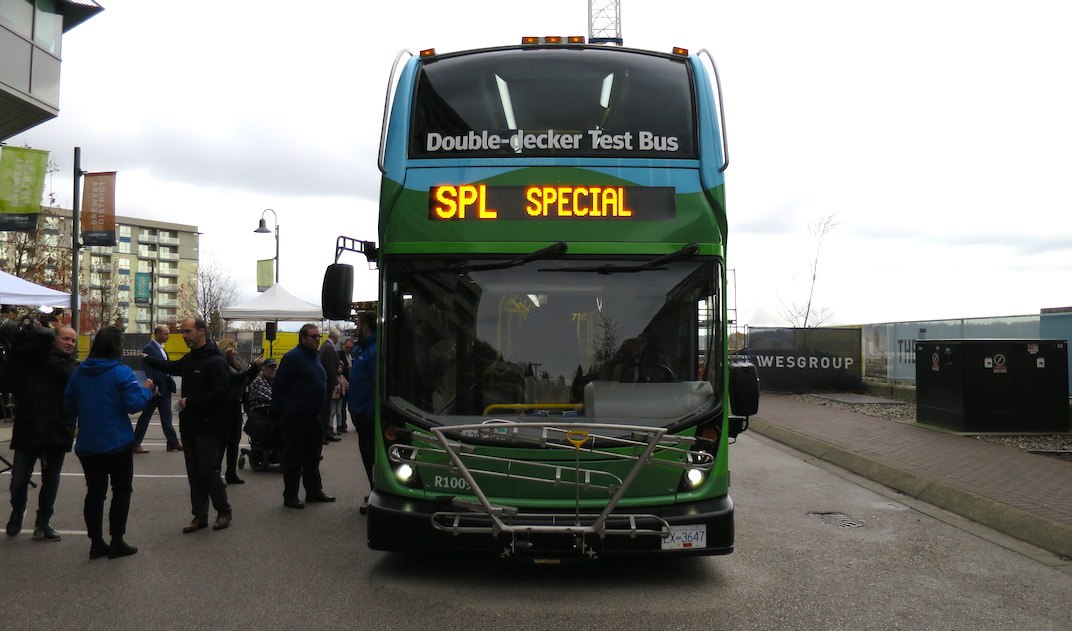 The majority of the seats on the double deckers are located in the upper deck. 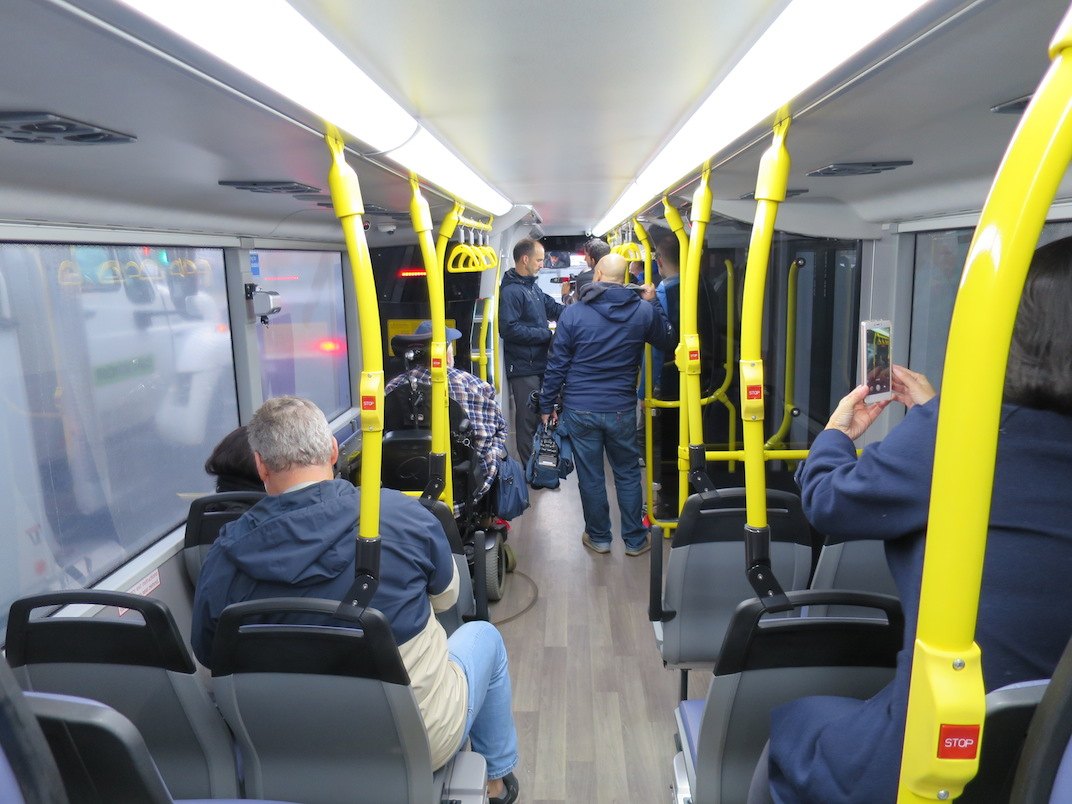 The lower deck is fully accessible, providing space for up to four passengers using mobility devices, while the low-ceiling upper deck – with a height of just 5’7″ – is accessible by staircase.

Security cameras mounted on the upper deck also provide passengers with the ability to gauge if there is space in the upper deck before making an effort to climb the stairs.

A live feed video screen at the base of the staircase displays the seat availability upstairs as well.

These buses will operate on long-haul suburban routes traveling toward Vancouver from Langley, Surrey, White Rock, and Delta.

Keep an eye out for these, commuters!