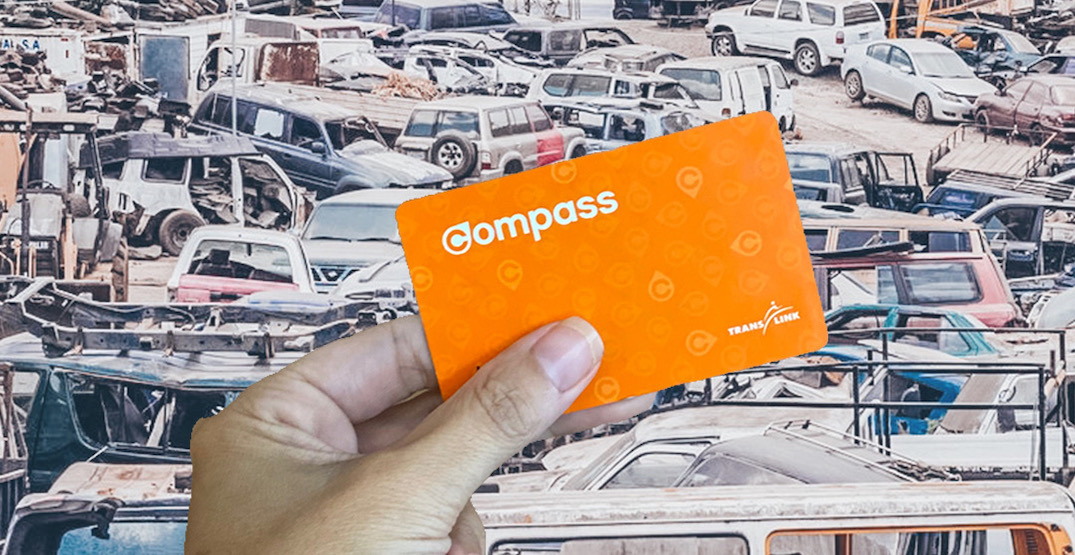 Metro Vancouver residents who own an old car powered by fuel combustion are now being offered a deal to trade in their vehicle for a TransLink Compass Card with a value of $802.

The trade provides either an eight-month adult one-zone transit pass or a 14-month concession transit pass.

“We are facing a climate emergency, and we must all take steps to reduce our carbon emissions,” said TransLink CEO Kevin Quinn in a statement. “Partnerships like this help people make greener, more environmentally-friendly choices. By choosing public transportation, you are helping reduce congestion and the region’s carbon footprint.”

Vehicles for this program can be sent to a facility operated by SCRAP-IT, which is a non-profit society focused on clean transportation initiatives.

The organization has been around for over 25 years, encouraging drivers to give up their older fossil fuel cars and trucks for electronic vehicle subsidies, carshare credits, transit passes, e-bikes and cash rebates.

“British Columbians know about the climate emergency and may be considering what they can do that will make a difference,” said SCRAP-IT CEO Diane Roberts.

“Our program gives them the opportunity to make the switch to a cleaner form of transportation and make that transition much more affordable. It’s a win-win for the environment and their own pocketbook.”

In recent years in Metro Vancouver, there has been exponential year-over-year growth in the adoption of electric-battery vehicles, based on ICBC statistics on car registrations.
Senior governments have also been offering subsidies towards buying a new electric battery car.

The provincial government has also set a legislated target to ban fossil fuel car sales by 2040, with BC now set to reach its interim 2025 goal of 10% zero-emission vehicles years in advance. The federal government is also planning to introduce a similar policy by 2035.