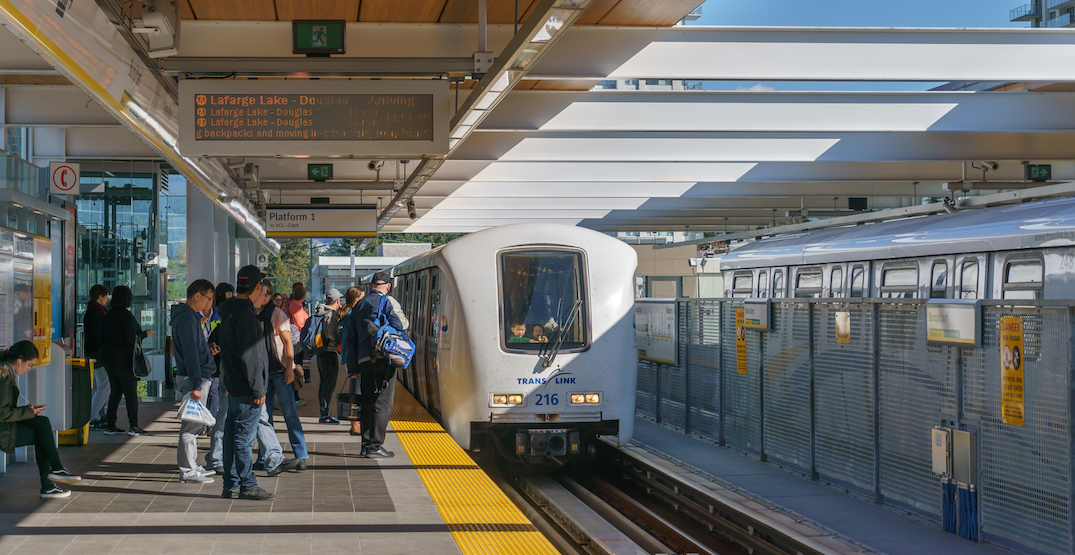 Part 1 discusses Desmond’s takeaways from the turbulent period TransLink experienced this past fall as a result of labour action.

The dust has settled on a highly turbulent period for Metro Vancouver’s public transit system, after the threat of two separate shutdowns of critical services were narrowly averted over the past few weeks.

Bus and SeaBus workers with Coast Mountain Bus Company (CMBC) have ratified a new three-year contract providing improved wages, benefits, and working conditions, and Expo Line and Millennium Line workers with BC Rapid Transit Company (BCRTC) also followed the recommendation of their union leadership and ratified their own contract on December 22.

“At the end of the day, the solution came down to collective bargaining, and the unions here have the right to strike. But we had to make a deal that was affordable for this region,” said TransLink CEO Kevin Desmond in an interview with Daily Hive Urbanized.

Desmond, who is about to enter his fourth year as the leader of the public transit authority, has overseen the execution of the 10-year Mayors’ Council’s transit expansion plan and rampant ridership growth.

While most North American public transit systems are experiencing a downward or stagnant ridership trend, ridership demand in Metro Vancouver has soared by 18% since 2016, and TransLink is struggling to keep up. Additional services introduced to date from Phase One have been falling short of meeting this surging demand.

Under Desmond, there has also been a renewed emphasis on the maintenance of aging infrastructure.

The Expo Line, notably, marked its 34th anniversary on the same day CUPE called off their plans for a shutdown of two SkyTrain lines. This original line needs increased investment to ensure it remains reliable and safe, and this was made particularly evident by the series of highly disruptive shutdowns in 2015 as a result of years of deferred maintenance practices.

During the Unifor-led strike of bus and SeaBus workers, New Westminster Mayor and Mayors’ Council Chair Jonathan Coté explicitly stated the ongoing labour action cannot allow an undermining of the progress made to improve service through the hard-fought Mayors’ Council’s Plan — negotiated with the federal and provincial governments — and the accumulated public support for transit expansion, providing the confidence to taxpayers that the money raised is being put to good use.

Both agreements with Unifor and CUPE had to achieve a balance between supporting the needs of the workforce of TransLink’s operating subsidiaries and ensuring that the transit expansion plan mandated by regional mayors can still be fulfilled.

“I can understand workers and their union representatives wanting to get the best deal that they could get in the context of the ability to threaten work stoppages,” said Desmond.

“But our responsibility to the taxpayers is to make sure that it is affordable and does not undermine the things that TransLink has been told to by our elected policymakers in the Mayors’ Council, which is to continue to increase service and make sure we have the necessary funding to maintain our physical assets in a state of good repair.”

Desmond acknowledged there is upward pressure on wages as a result of the growing housing affordability challenges in the region, and he noted many of the public transit authority’s frontline workers are unable to afford to live within the city of Vancouver and are forced to live further out.

“I respect that point of view that we’re trying to keep up as well in a region that has an affordability problem. The problem is that it is true for workers throughout, and that is not a problem we created,” he said.

“If we crossed the line and take away funding that goes towards feeding the system, we will be providing less service and that does not help affordability in the region either if we cannot provide the kind of transit service to where people live, which is further away from the core. And that is the essence of the expansion plan, as we are getting more and more services out to where housing is affordable.”