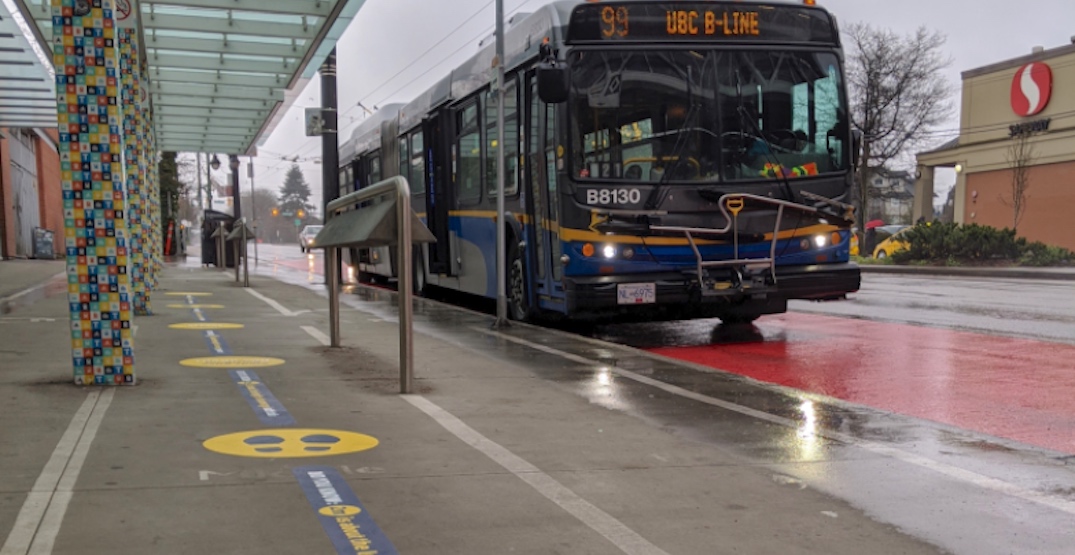 TransLink and the provincial government announced Friday morning that they have cancelled the planned May 18 service reductions to Metro Vancouver’s public transit system.

On this date, a total of 41 bus routes were planned to be temporarily suspended, and all remaining bus routes would have seen their service levels decrease to weekend frequencies or less.

It is not immediately clear what kind of arrangement has been made between the public transit authority and the provincial government, but TransLink and its Mayors’ Council have been asking for emergency operating funding from both the provincial and federal governments.

According to a release, the cancellation of the plan to reduce services aligns with the provincial government’s plan to restart BC’s economy starting in the middle of May.

Prior to Friday’s announcement, the provincial government committed to restoring TransLink’s service levels to near normalcy (90%) starting in September, when schools and post-secondary institutions and more of the economy are expected to reopen. There was uncertainty with the public transit system’s ability to deliver for the summer months.

Both the provincial government and TransLink have been working towards a “comprehensive solution” to address the public transit authority’s fiscal crisis.

Due to the plummet in transportation demand, TransLink’s revenues from fares and fuel and parking taxes have also seen corresponding drops. It relies on these sources for over 60% of its revenue.

TransLink has been experiencing a revenue shortfall of $75 million per month against its 2020 budget. Proceeding with the additional and largest service cuts yet, as well as the layoffs, would have allowed it to narrow the revenue-operating cost gap to $50 million per month.

But the immediate move of rescinding the service cuts helps address some of the concerns with the ability to effectively and safely reopen Metro Vancouver’s economy starting later this month. This gradual process of relaxing some of the restrictions, allowing for the reopening of shuttered businesses, services, and attractions, is expected to lead to an increase in transit ridership.

Although ridership has fallen steeply, the reduced service levels have also been layered by physical distancing measures that greatly limit the passenger capacities on buses. Further service cuts would likely reduce the reliability of the public transit system, with riders experiencing long queues and pass-ups.

There were also specific concerns for those who do not have a car and rely on public transit, especially essential service workers in healthcare, grocery stores, and sanitation, as well as seniors, younger generations, and low-income individuals.

“This is another important step forward for re-starting British Columbia and Metro Vancouver’s economy. The transit service provided by TransLink is essential to the lives of hundreds of thousands of people in our region,” said TransLink CEO Kevin Desmond.

“We will be ready to provide safe, reliable transit service as people return to work. We are proud to be partnering with the Province of BC to ensure transit service is there as the economy recovers.”