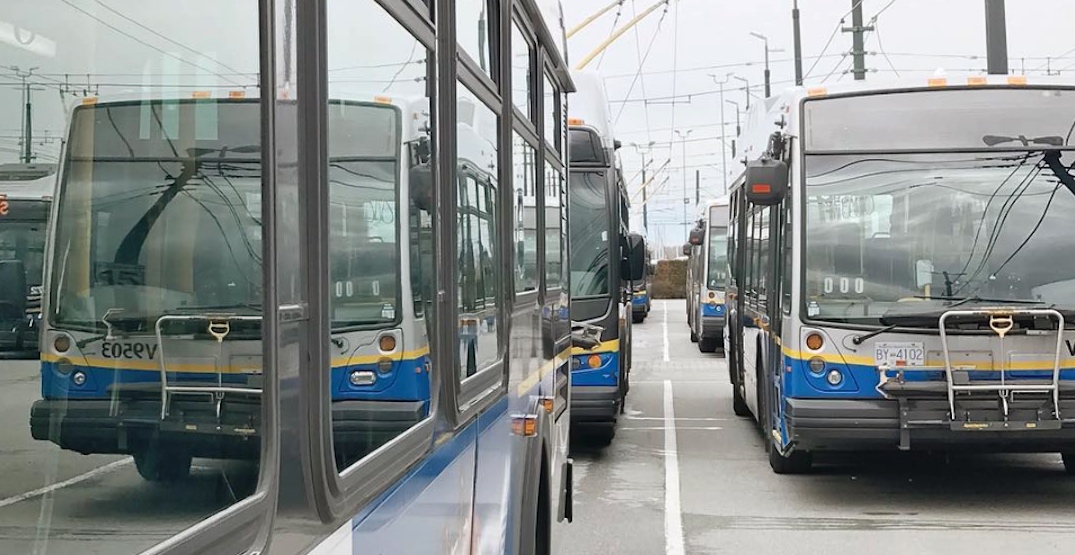 There are many knowns and unknowns with the fiscal predicament being faced by TransLink and other public transit authorities across North America.

What we do know right now largely relates to the near-term period, when intense government-mandated health safety measures have caused the largest sources of operating revenue for Metro Vancouver’s public transit system to plummet.

Ridership levels are now under one-fifth of normal levels, and this is reflected by the collapse in fare revenue. The overall drop in transportation demand is also seen in vehicle road traffic, which supports two other major revenue sources — fuel and parking taxes.

Fare, fuel, and parking charges combined account for over 60% of TransLink’s annual operating budget. Losses in these sources have resulted in a $75 million monthly revenue shortfall at the start of the pandemic, with the revenue-operating cost gap recently narrowed down to about $50 million through painful mass layoffs and unprecedented service cuts.

By the middle of May, the total number of temporary bus route cancellations will reach over 60 due to low to non-existent ridership, while every remaining route will see weekend frequencies or lower.

SeaBus now runs less frequently in its curtailed operational hours ending just before 8 pm each day, instead of 1 am.

Compared to the already reduced March service levels, Expo Line and Millennium Line capacities are now up to 40% lower, depending on the time of the day. Canada Line service has seen its capacity axed by about 20% during peak hours.

These are not sustainable service levels for today’s ridership demand, never mind the gradual increase in demand that can be expected over the coming months as the economy moves into its recovery phases.

The provincial government has indicated it will provide TransLink with the assistance it needs to return to near-normal service levels — about 90% of normalcy — in September. But for now, they have seemingly passed the buck to the federal government when it comes to providing the public transit authority with the relief it needs over the four-month period between now and then.

The service impacts have been particularly severe on the buses due to both lowered service frequencies and physical distancing. Normally, a regular 40-ft bus can pack about 70 passengers — sitting and standing combined — but under physical distancing, the capacity for each vehicle is now down to less than 20 seated passengers and zero standing passengers.

This means it does not take too many additional riders for these services to become overstrained, especially during peak hours.

Long queues at bus stops are increasingly being reported, and there are a growing number of instances of squabbles after frustrated passengers are passed up and forced to wait.

These conditions are teetering the region’s depressed public transit network towards becoming completely unreliable, if not unusable.

Yet those who continue to use public transit are precisely the individuals we are depending on during this pandemic — frontline essential workers.

Doctors, nurses, and other healthcare workers use public transit, but we have been hearing how their commutes lately have become challenging.

Many low-income workers, especially grocery store and cleaning staff, also depend on public transit, and in many instances they do not have any transportation alternative to get to their work shift on time.

Those who do not have access to a car are finding themselves to be at the mercy of public transit, and we know many of these workers are living further away in suburban communities, pushed out by housing affordability.

Without public transit, it might very well mean no work and income for younger generations and low-income individuals during these challenging times. Many seniors without car access and a family support network continue to use public transit for their grocery shopping and prescription pick-up needs.

After years of actively using positive reinforcement to attract people out of their cars and into public transit, about 150,000 households in Metro Vancouver currently do not own a car.

Following Wednesday’s announcement by the provincial government on the phased steps that will be taken to reopen the economy starting in the middle of May, there needs to be a renewed urgency from both the federal and provincial governments to provide emergency operating funding for the period before September.

The general public certainly will not be staying home; the gradual easing of restrictions will lead to more people leaving their homes, and boarding buses, trains, and ferries. This means funding needs to be made available to restore some of the summertime service levels to better ensure people can travel around more safely to support the economy’s rebound, and make recreational and social trips.

Continued support will likely be required well after September during the recovery phase and any potential additional waves of the pandemic.

A long-term fatalist pessimistic view on the future of public transit is unnecessary, as Metro Vancouver, in particular, after years of exceptionally high ridership growth, is in a strong position for a recovery, provided that policymakers act sooner than later on steps that mitigate the short- and medium-term impacts. Prior to COVID-19, TransLink was regarded as the gold standard for public transit system in the continent.

Yes, there will be some unavoidable rewinding on the progress made towards increasing ridership and decreasing automobile dependence. After the crisis, following the introduction of a vaccine, it could take at least a few years for ridership to rebound.

A temporary contraction can be expected in services and businesses across our market-based society, and public transit is no exception.

Following the forced work-from-home experiment, some companies might permanently transition to a work-from-home model for some of their office employees. Traffic during peak hour periods could see a change.

However, for a certain period after the crisis ends, given the prolonged duration of physical distancing being a social norm, there could be less tolerance to board shoulder-to-shoulder, sardine-can packed buses and trains.

There might also be far less tolerance for the unsettling poor levels of cleanliness levels onboard vehicles and at stations. The North American standard of sanitation on public transit likely will not suffice in the post-pandemic era. Garbage, questionable stains and smells, and surfaces touched by hundreds if not thousands of people daily will need far more attention than they were provided before COVID-19.

But the high operating costs for the two solutions to help address these issues — higher service levels to reduce crowding, and a complete revamp of cleaning procedures — could require ongoing government subsidies.

How far of a ridership rewind after the crisis, likely ending sometime in 2022, depends on today’s actions, whether we rewind to levels similar to the 385 million annual boardings recorded in 2017 or the 347 million boardings in 2010, for example. This would be down from TransLink’s 2019 ridership of 451 million boardings.

But there will certainly be a ridership bump in 2025, when the SkyTrain expansion projects of the Millennium Line Broadway Extension to Arbutus Street and Expo Line Fraser Highway Extension to at least Fleetwood open.

While there is now a risk that TransLink might not be able to meet its regional share of the cost for the SkyTrain expansion to Fleetwood, such shovel-ready mega-projects are too big to fail in the context of both the federal and provincial government’s new commitment to raise and accelerate infrastructure spending to help stimulate the post-pandemic economy.

The ongoing issue will be to ensure TransLink’s struggles with operating costs do not further strain its ability to deliver on its capital projects for expansion and maintenance. The public transit authority is using its cash reserves, previously dedicated for capital projects, to fund its curtailed operating costs.

Given the very long road still ahead in the pandemic and recovery periods, TransLink cannot drain its reserves too quickly — and this is why it has taken difficult measures to cut service levels and its workforce.

The public transit authority has also received some criticism for ending fare collection on buses since March 20, with critics suggesting this is a major self-inflicted reason for its fiscal issues. This policy was necessary for physical distancing to be immediately implemented to better protect drivers and passengers.

But in reality, due to the slump in ridership, the suspension of bus fare collection only affected revenues by $2 million per month. Many of the remaining riders use a monthly pass or an annual BC Pass, while others will have to pay their fare anyway at some point of their journey when transferring to other services like SkyTrain and SeaBus. Fare collection on buses will resume on June 1, after temporary vinyl screens are installed to protect drivers.

If we are also going to bring up executive salaries, the earnings of the top six executives total about $2 million annually. This is a tired distraction: further cuts to salaries beyond 10% might only extend the operating cost runway of the entire transit system by approximately one day. If it were used for capital projects, it would be barely enough for two electric-battery buses.

Clearly, the ball on public transit is in the court of the federal and provincial governments.