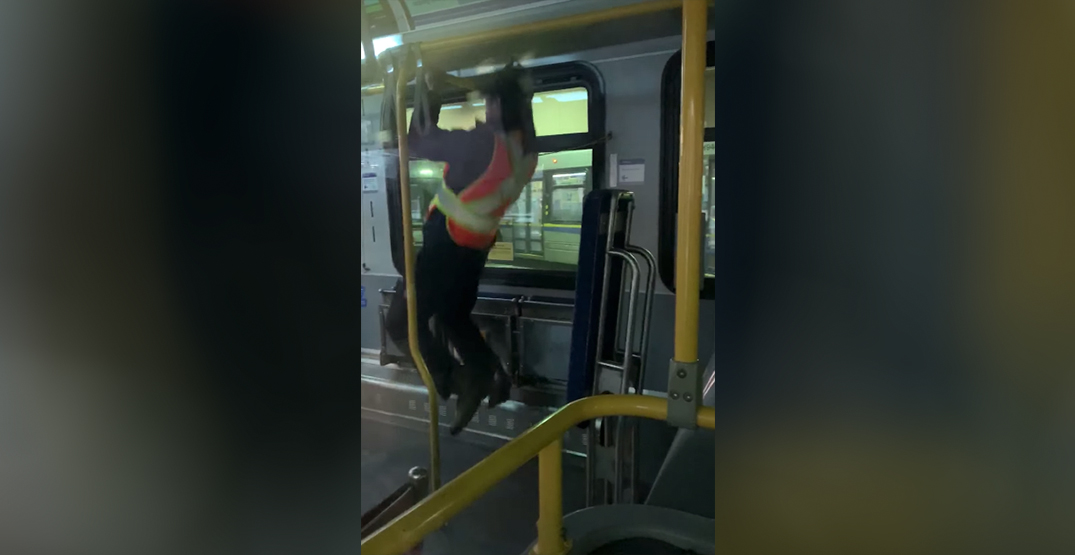 A public transit rider is taking issue with the customer service she experienced today while waiting for the No. 19 Stanley Park trolley bus at Metrotown Station’s bus loop.

Jen Pacheco took to Facebook with a video that shows seniors and an individual in a wheelchair waiting for the bus. The front door of the bus was closed, and the driver was inside the vehicle.

After knocking on the door and asking if they could sit inside early because of the cold weather, she alleges the driver refused to let them onboard because there was “10 more minutes til he had to leave.”

According to Pacheco, the driver was on his phone and sitting on his seat, and at some point he decided to do pull ups on the overhead bars, which is shown in her video footage.

“He is the ONLY bus driver I ever encountered that would not let people on til time to leave,” she wrote. “I don’t see how anyone sitting on the bus would be of any disturbance.”

The exact circumstances for Pacheco’s experience are unknown, but drivers are entitled to recovery time that includes rest time for each shift. Drivers have seen this break time erode in recent years due to worsening traffic congestion, leading to delays that eat up their recovery between scheduled bus runs.

There is a shortage of bus drivers due to the suspension in hiring during COVID-19, which potentially means drivers are being asked to pick up more long shifts.

A contracted policy with the union allows bus drivers to keep the doors closed until just before departure.

One thing is for certain: the bus driver was trying to squeeze in some exercise during a sedentary job.

A customer service representative for TransLink commented on the Facebook post: “I apologise for your experience with our services this morning. In order for me to submit this feedback to be looked in to further, can you please provide your best contact number and email. I will also need to know the bus route number, your starting location and the scheduled arrival time of this service.”

But this was a response from the wrong TransLink — the public transit authority for Brisbane in Australia that carries the same name.

Daily Hive Urbanized has reached out to TransLink of Metro Vancouver for comment.

Editor’s Note: An earlier version of this story included a video, which has now been removed.