Members of the Surrey RCMP are currently on scene in the Newton area after a dangerous collision between a vehicle and a pedestrian.

The incident took place earlier this morning at 7:20 am. RCMP were called to the intersection of 152 Street and 68 Avenue. 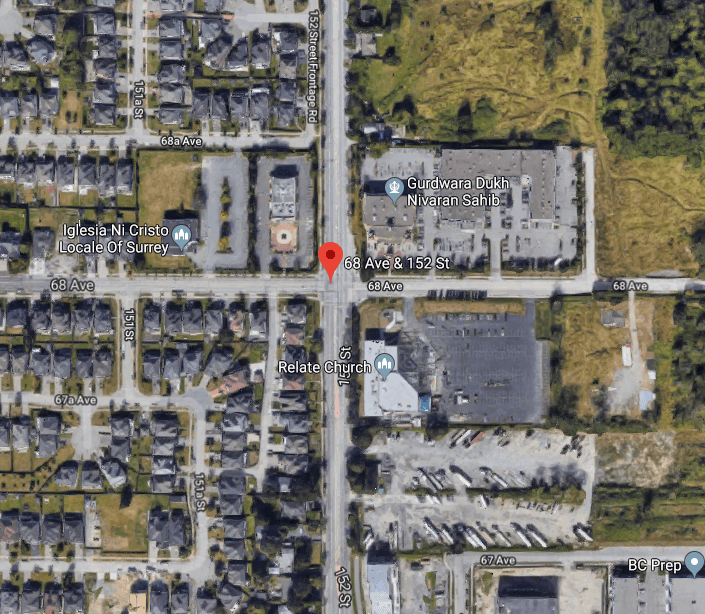 Location of the incident. (Google Maps)

Upon arrival, officers found that the collision took place between a passenger vehicle and a pedestrian.

The individual suffered potentially life-threatening injuries and has been taken to hospital.

Traffic flow in the area will be affected until further notice as officers continue with their investigation.

Southbound traffic on 152 Street from 72 Avenue is blocked off, as well as northbound traffic from 66th Avenue. The public has been requested to avoid the area until further notice.

Editor’s Note: Police have provided an update that notes that a TransLink vehicle was not involved in the collision, as previously written. Surrey RCMP has since found out that the involved car is a passenger vehicle.