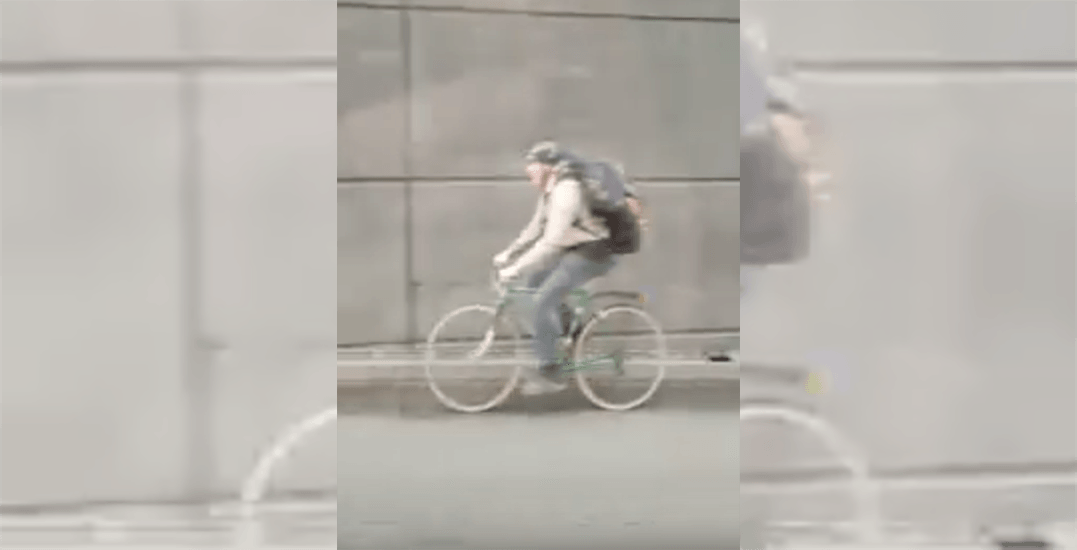 A recent video shared to Daily Hive captures the rather risky act of a cyclist.

In the brief clip, a cyclist can be seen struggling to keep up with the flow of traffic in the George Massey Tunnel.

At the last second of the clip, he is less than a metre away from an approaching vehicle.

The sound of tires swerving can also be heard towards the end of the video, although it’s uncertain whether it was caused by the cyclist.

According to the witness who recorded the footage, the incident took place on Christmas Eve at 10 am — the cyclist was moving southbound from Richmond to Delta.

“[The cyclist] caused every vehicle to have to merge into the left lane,” Shane Yoshihara told Daily Hive. “I had also checked into the laws about it, which says it’s forbidden.”

And forbidden it is. According to the Government of BC’s website, cyclists are not permitted to travel through the George Massey Tunnel — due to safety reasons for both bike-users and drivers.

Anyone travelling by bike can either take a free shuttle service from one side of the tunnel to the other or use TransLink’s bus services crossing the route. 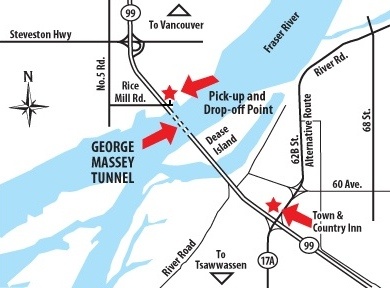 That being said, there can be some hefty waits in order to catch a shuttle. Northbound and southbound shuttles come by the hour and only run between 6 am and 6 pm, year-round.

“Honestly, I couldn’t believe what I was seeing,” Yoshihara continued. “It was pretty dangerous and put drivers in the tunnel at risk – some making quick, evasive lane changes.”