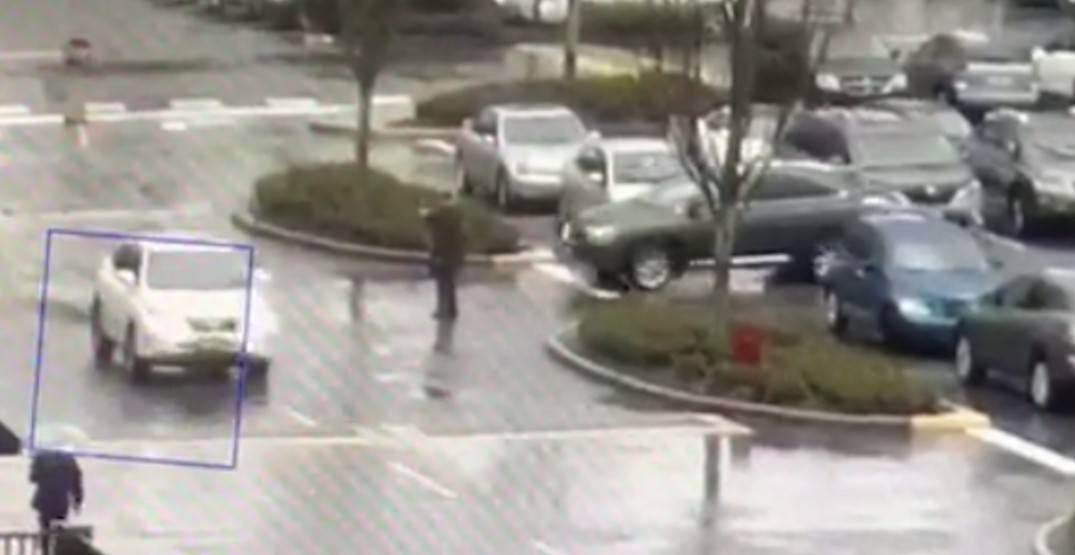 A man in his 80s is in critical condition in hospital after being struck by a vehicle driven by one of his family members.

Richmond RCMP say the driver, a woman in her 70s, struck the man in the parking lot of a shopping complex on No. 3 Road.

The victim, who is from Vancouver, was rushed to hospital with critical injuries.  The driver has cooperated with police in the investigation.

The woman behind the wheel apparently thought she hit a curb, according to a person who was in the parking lot and came to the aid of the victim.

Cpl. Dennis Huang told Daily Hive that alcohol, speed and drugs were ruled out as factors in the collision and they don’t suspect foul play is involved.

The parking lot was cordoned off for several hours as officers investigated.

The incident happened shortly before noon on November 26, although video of the incident was widely circulated on social media Thursday — prompting Mounties to release information.

Daily Hive has chosen not to share the video because of its graphic nature.

Surveillance footage from the scene appears to show the pedestrian being struck and then pushed under the car as the SUV is making a left-hand turn in the parking lot.