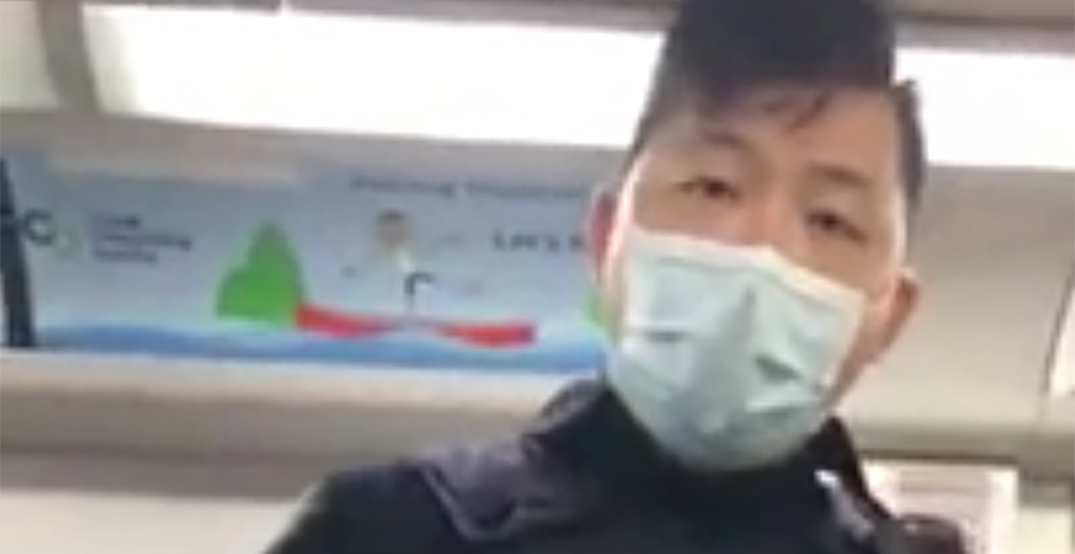 An anti-masker who went viral during an exchange with a Transit Police Officer has been found guilty nearly half a year after the incident occurred.

In a video taken on December 5, 2020, on the Canada Line, a transit police officer is seen approaching a woman and asking her to put on a mask.

The woman says she has a medical exemption and produces a card. The text on the card is not legible, and the officer doesn’t appear to accept it as genuine.

He remains calm as she begins yelling. He says she must leave the train if she refuses to wear a mask. The woman insists she must make it to Richmond and that she cannot wear saying, “I need healthy air exchange in my mouth.”

Eventually, the officer arrests the woman while she calls him “disgusting” and says he doesn’t have the right to touch her.

The Metro Vancouver Transit Police announced on Tuesday that the woman involved in the exchange has been found guilty.

“Transit Police received an unprecedented amount of support for Cst. Kwok when a video of him went viral,” police tweeted. “Today, we are able to share that the woman involved was found guilty and will have to pay all of her violation tickets.”

Transit Police received an unprecedented amount of support for Cst. Kwok when a video of him went viral. Today, we are able to share that the woman involved was found guilty and will have to pay all of her violation tickets https://t.co/h8yFsSvFt4 pic.twitter.com/e9FRtqQ9Cx

Sgt. Clint Hampton shared a photo of the ticket that was issued during the exchange, which includes a $230 fine for failing to wear a mask in an indoor space, as well as $230 for “abusive or belligerent behaviour.”

Hampton had previously explained to Daily Hive how this incident highlights the challenging nature of dealing with anti-maskers on public transit.

“Officers enforcing the regulations are already at an increased personal risk by having to deal with people who are unmasked and whose health status is unknown during a pandemic,” he said.

Transit police say that they issued 228 mask-related tickets in 2020.