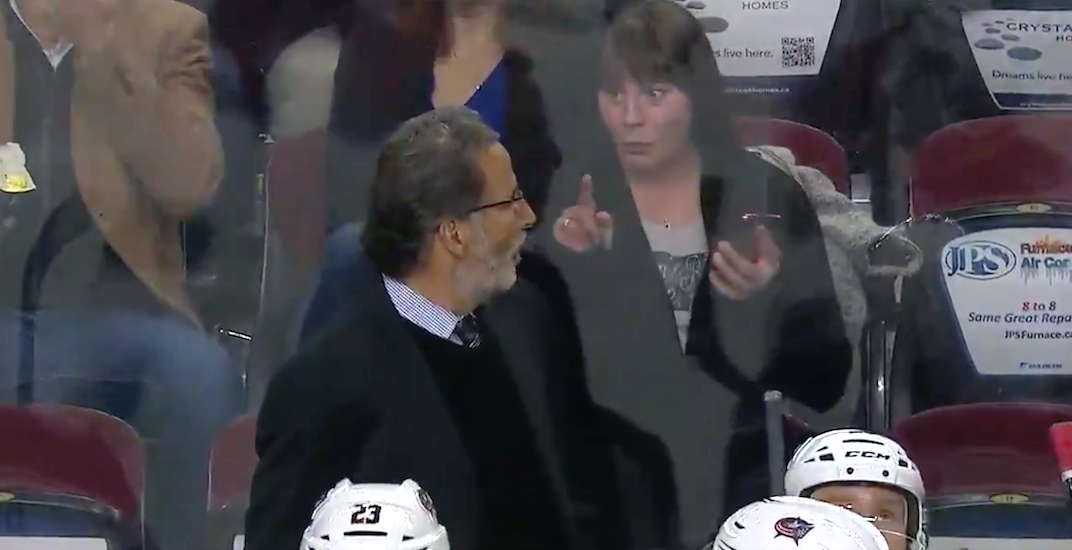 If there’s one thing about John Tortorella, it’s that he’s consistent.

As hard-nosed a coach as you’ll find in the NHL, Torts doesn’t put up with nonsense.

No silly questions from reporters after the game, no dilly-dallying from his players, and you better turn your damn cell phone off when you’re talking to him.

So you have to appreciate the gumption of this fan at Wednesday night’s game between the Blue Jackets and Flames at the Scotiabank Saddledome in Calgary.

The fan walked up to the glass behind the Columbus bench, got Tortorella’s attention, and communicated a request.

She wanted a selfie with him.

The answer? Obviously no.

John Tortorella: not a fan of selfies 😂 pic.twitter.com/RiBaI9x718

Tortorella couldn’t have said no fast enough, which clearly disappointed the fan.

Later on in the game another fan, in the second row, tried to get Tortorella’s attention by showing him an old picture of himself. It didn’t work.

Tortorella wasn’t in a better mood after the game, as the Blue Jackets blew a two-goal third period lead and the Flames won 3-2 in overtime.