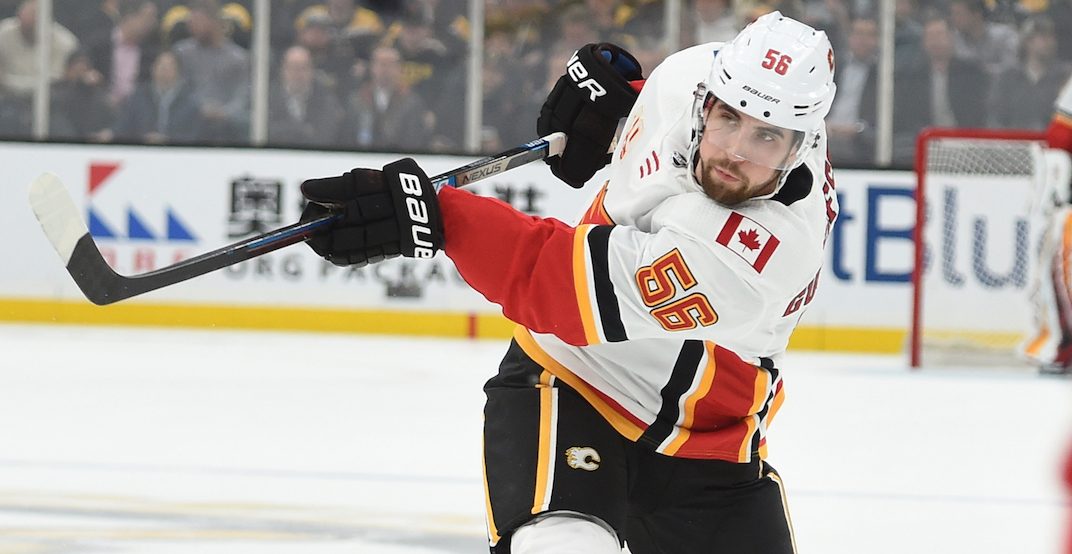 Ten days admittedly is a pretty tight timeline to evaluate a pair of trades, but early dividends are promising for the Calgary Flames post-trade deadline day.

Last week, the Flames pulled the trigger on deals to bring defencemen Erik Gustafsson and Derek Forbort into the fold. With Juuso Valimaki, Travis Hamonic, and at the time Mark Giordano on the mend, the Flames needed immediate help on their back end down the playoff push.

Enter Gustafsson and Forbort, brought in for draft picks from the Chicago Blackhawks and Los Angeles Kings respectively, who have entered into Calgary’s lineup seamlessly.

There have been no fireworks or Norris Trophy campaigns since they’ve arrived mind you, but the pair have been effective in their first five games in Flames colours.

Since Giordano returned to the lineup from a quad injury, the duo of Gustafsson and Forbort have been paired together on Calgary’s third pairing and have been forming some quick chemistry as well.

Gustafsson’s offence and Forbort’s physicality have added some missing pieces to Calgary’s defensive corps and are already paying off in the early stages.

Gustafsson was near the top of our pre-deadline trade targets for the Flames, especially due to his versatility with the puck.

A 60-point scorer with the Blackhawks last season, the Swedish rearguard has already contributed a pair of assists since joining the Flames a week and a half ago.

The 27-year-old is showing signs as a third-pairing-Giordano of sorts in his ability to move the puck and quarterback a power play.

One of the reasons Treliving targeted Gustafsson at the deadline was his acumen on the man advantage, bumping Giordano to the PP2 unit while getting time with Calgary’s top unit.

While his impact has yet to be fully felt on special teams in Calgary, Gustafsson is bringing his quarterbacking skills over from Chicago where he posted 18 points on the man advantage alone last year.

He’s also been able to free up some minutes from Giordano on the power play, who still remains the Flames’ best defenceman by a mile, but is still 36 years old.

While Gustafsson’s defensive game hasn’t received top marks so far in his five games in Calgary, the Flames’ coaching staff have been giving him mostly offensive zone starts to maximize his ability with the puck.

Once Hamonic returns from injury, it will be interesting to see if Gustafsson will be shifted over to the left side or remain on his off-hand.

Nothing flashy has come from Forbort over his five games, which is probably a good thing seeing as he’s rarely seen the ice this season.

At the time of his trade to Calgary, he had only suited up in 13 games for the Los Angeles Kings this season after starting the year on injured reserve.

Aside from accidentally deflecting a puck into his own net on February 29 against the Tampa Bay Lightning, Forbort has been a stable presence along with Gustafsson on the team’s third pair.

Especially with Hamonic out of the lineup, Forbort’s role has become that of physical leader from the blueline and has paired nicely with Gustafsson’s more refined game.

Forbort has brought a physical presence to Calgary’s defensive group that they’ve been missing most of the season, tallying eight hits in his first five games alone.

A prototypical depth defenceman on the Flames heading down the stretch drive, Forbort likely will split time with Oliver Kylington and Michael Stone once Hamonic returns to game action.

Sitting third in the Pacific Division with 77 points, Calgary is firmly in the hunt for playoffs with 14 games to go in the regular season and the old saying is true when it comes to the post-season.

You can never have too many defenceman.