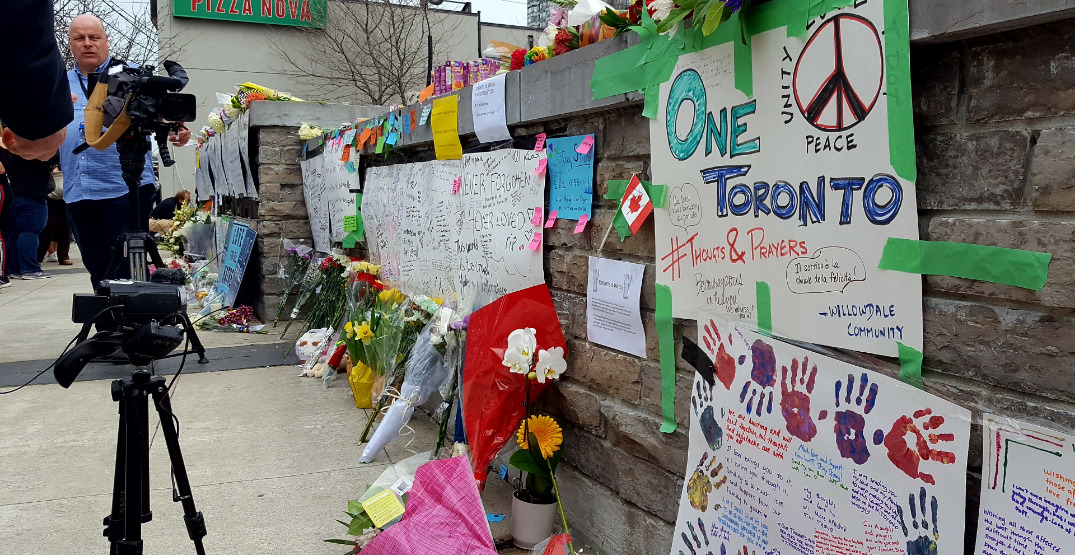 A memorial for victims of the Toronto van attack. (ValeStock/Shutterstock)

Alek Minassian has been sentenced to life in prison with no possibility of parole for 25 years for carrying out the Toronto van attack.

It has been just over four years since the deadly Toronto van attack, but the victims of the tragic event are finally getting some closure.

The Toronto Star reported that the sentence came after “harrowing victim statements” which described the human cost of this senseless tragedy.

Minassian, now 29 years old, killed 10 people in the incident which saw him use a rental van as a weapon, ramming into pedestrians along a busy Yonge Street in the North York City Centre business district of Toronto.

Fifteen people were injured in total and nine of the victims were women.

It was later revealed that Minassian was an incel who had frequented social media forums populated by others like him who had become angry because of social rejection by women. In school, Minassian was enrolled in a special needs class for students on the autism spectrum.

The Star was able to capture some of the victim impact statements, including some from friends of victims.

The following is from Ra So, who was the best friend of the deceased Sohe Chung who was only 22 years old at the time of the incident.

“My last memory is waiting for the traffic light to turn green at the Yonge and Finch intersection. I was peacefully walking with Sohe side to side and we were laughing together, but then I woke up from the ground, gasping for air, and it took me some time to realize that our peaceful walk was actually a dream that I just had when I passed out.”