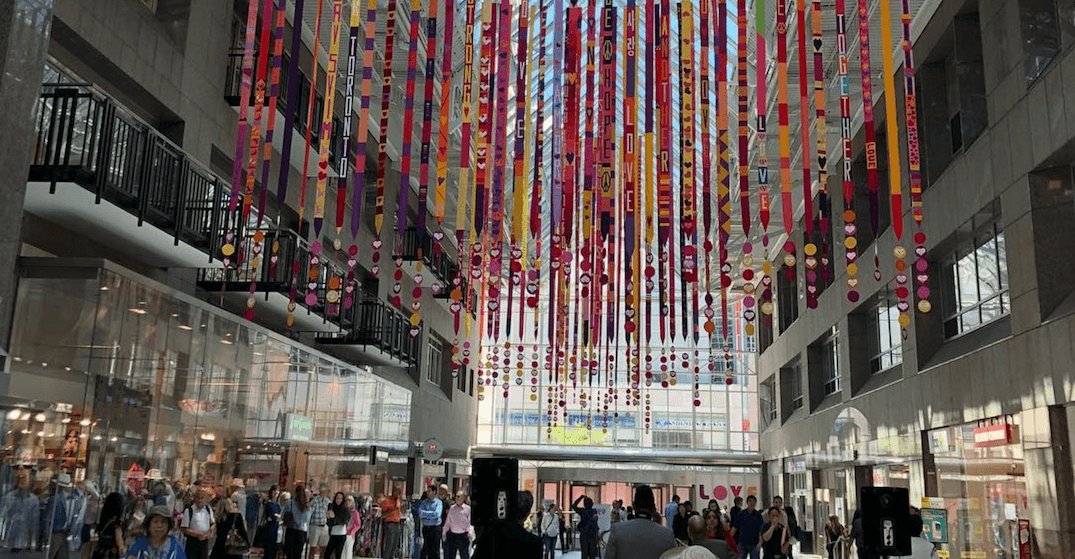 It’s been two months since the tragedy on Yonge Street that killed 10 innocent people.

And as the city continues to heal, North York has launched an art installation initiative to support and inspire the community.

This week, Toronto Love Project, initiated by Berene Campbell, hung colourful banners with messages of love made by quilters from all over the world.

The 4″ by 22″ banners’ goal is to bring “an uplifting experience to the community, to counter the hate and sadness of the attack.”

The installation will be on display at North York Centre until September 8. 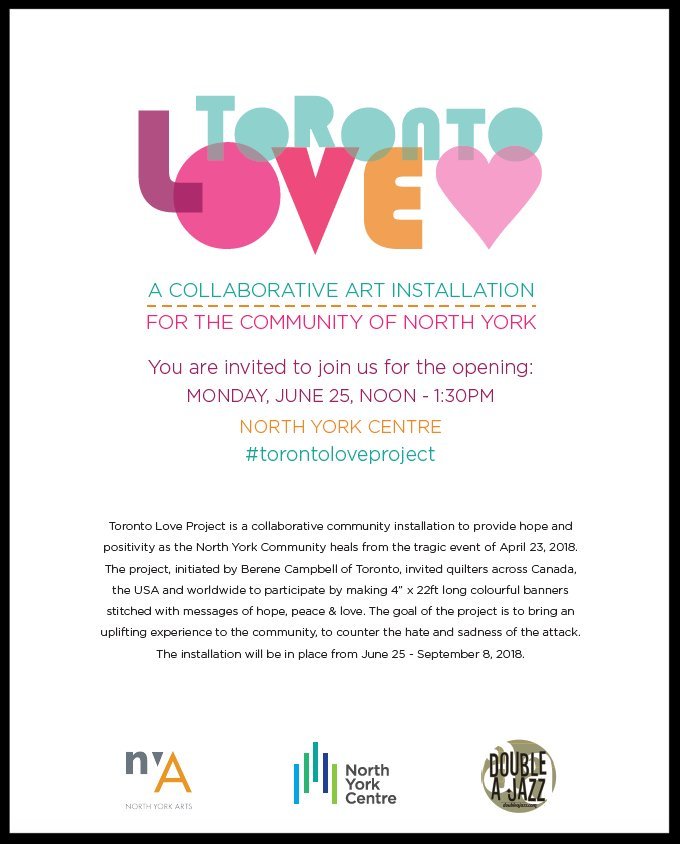 Such a moving opening of the Toronto Love Project at North York Centre. The installation is on until September 8th #torontolove #toarts #northyork #welovewillowdale pic.twitter.com/9EysDZWtL7